Blu-ray Review: ‘Tigers Are Not Afraid’ Gets A Fantastically Loaded Steelbook Release 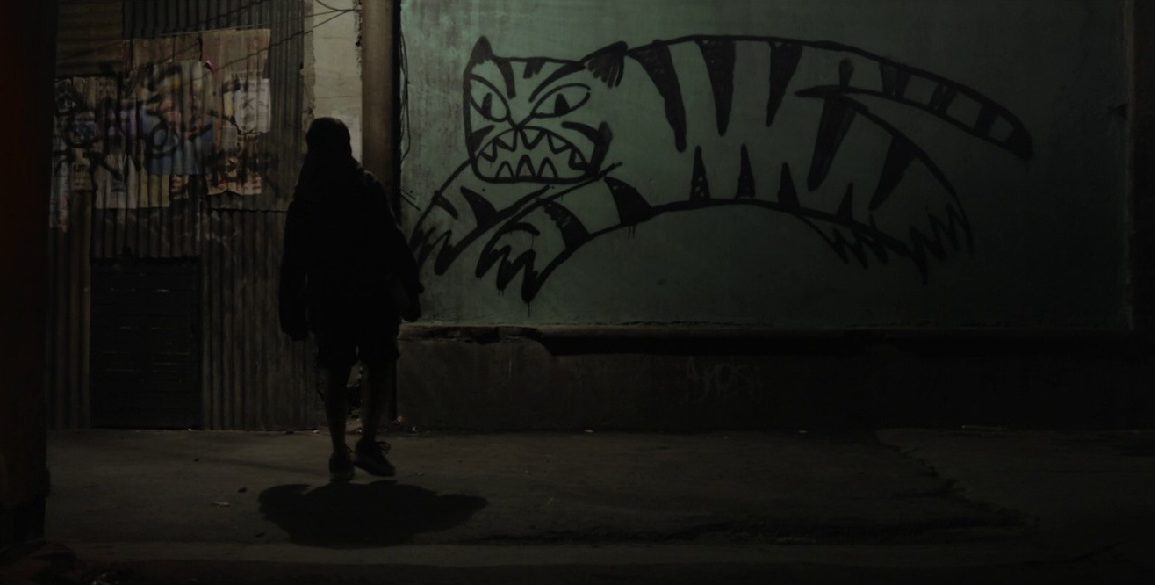 Every few years a festival darling comes along to sweep audiences off their feet. More often than not, it then is pushed quickly into theaters, in hopes of a solid awards push. Then, there’s Issa Lopez’s Tigers Are Not Afraid. Premiering at Austin’s Fantastic Fest in September 2017, it went on to show at over 20 additional festivals, racking up numerous awards and critical acclaim. Along the way, racked up praise from Guillermo del Toro, Neil Gaiman and Stephen King. Thought it made it to theaters in Mexico fall of 2017, it took another another 2 years for a small US theatrical run. Shudder, who snatched up earlier, pushed it onto their service, shortly thereafter. Now, it final is getting a home theater release. Allowing legions of film fans, to witness a stirring and beautifully shot film, that’s been hailed as a “new classic”, for the past few years.

Deep in the heart of Mexico, a young girl, Estrella (Paola Lara), walks home alone, after school is cancelled due to a nearby shooting. She clutches 3 pieces of chalk her teacher gave her, saying they would grant 3 wishes. When she arrives home, she finds no one, fearing that her mother has been taken, as a drug war rages in the streets. She crosses paths with a gang of young orphans, led by Shine. As they form a small family, danger encroaches upon them in the form the evil Chino, due to a phone Shine stole off one of his henchmen.

Make no bones about it, Tigers Are Not Afraid is a devastatingly beautiful and aching film. Issa Lopez direct with an assuredness that’s almost daunting, given the 84 minute runtime. In that short span she crafts a film that’s part adventure, horror and survival, mixed with fantastical elements, that creep in. There’s never a boring moment. More than that though, Lopez has made a deeply personal film. One that takes aim at the real life horrors plaguing Mexico. So often, those elements piled on top of each other can cause a movie to seem maudlin or preachy, at worst pretensions. Miraculously, that’s side stepped here, giving way to an immensely captivating tale.

The inclusion of del Toro’s endorsement on the cover and his participation in the q&a here, aren’t by accident. Any fan of the director, will see beats here that recall some his best films, like Devil’s Backbone and Pan’s Labyrinth. That’s not to say that Lopez steals from the Academy Award winner, but that her craft and focus is just as poised as his. The magic surrealism she weaves through the narrative, elevates Tigers Are Not Afraid. Taking a simple dark tale and making it grander.

Part of the lasting impression the movie leaves, is down to the performances. Each of the characters has their piece and beat, yet none can match the level of Paola Lara and Juan Ramon Lopez. Lara’s Estrella carries an uncomfortable and palatable level of grief and fear with her, through each scene. Teetering on an understandable ledge, trying to cope with her new place in the world. Lopez’s Shine, on the other hand, is astonishing. There’s moments where his stare says everything, before he bursts out in rage. Forced to grow up in the blink of an eye, without them, Tigers Are Not Afraid would be an entirely different beast. Most likely, one unworthy of this current praise.

Tigers Are Not Afraid is stunning on blu-ray. Those who crave inky-blacks will be pleased early on, as evidenced by Shine’s graffiti tiger. There’s a good deal of darkness on display, but everything is easily viewable. The sequences in the daylight or brightly lit rooms don’t necessarily pop, but that due to the somewhat muted color palette of the feature.

There’s two main options for your listening pleasure, but it’s a good idea to stick with the native Spanish. The English dub isn’t the worst option in the world, but has that disconnect that comes in losing something in translation. What works for older Kung Fu films or Italian horror, doesn’t quite work with other genres. Should you be someone who *has* to listen in English, it’s there. It’s 2.0 for a reason. The 5.0 Spanish Track (both are DTS-HD MA) is the way to go. Subtitles comes in the form of English, Spanish and French, have nice placement and keep up rather well, speed-wise.

It would appear that Shudder & RLJE went all out on this release. There’s a solid bit of content available, here. it’s not bursting at the seams, but what is available is very in-depth and compelling. The dual disc (blu-ray & DVD) steelbook itself, is wonderful. Branding & quotes is slightly an eyesore, but the case itself is study. Graffiti artwork, from the film, adorns the inside, with a solid construction, which holds the discs. The best mini detail? The red tiger that adorns the spine.

* Making of –
A 43 minute BTS featuring interviews with the director, producer, cinematographer and others. It’s easy listening to each talk and seeing why the film turned out so well. There was no money, the crew was working beyond their means, but a strength in creativity and a tale close to Lopez pushed everyone forward. The piece doesn’t do anything special in the form of documentary work. It’s straightforward and compelling, merely by seeing how things came to be. The central piece of the doc, focuses on Fatima Toledo, an acting coach who works with the child actors to get true emotional responses. It’s such a delicate balance and unique approach. One bolstered by the fact that Toledo was also the acting coach on City of God.

* Deleted Scenes: 7 minutes of small bits that further character developments, the interwoven gangs or the dreamlike state of it all. They’re rather short and feel vaguely unfinished ideas that may have seemed like a good idea on the page. It interesting to get the extra little insights, but easy to see that they were ultimately cut for flow. Sadly, there isn’t a director’s commentary for any of the footage.

Undoubtedly, this will be the special feature most flock to. A 63 minute interview between Lopez and Del Toro, held at the 2019 Toronto International Film Festival. The two discuss a lot of Lopez’s career before Tigers and what made her take a leap and tackle something different than her roots in comedy.

As with most film festival Q&A’s there’s a very loose feeling to it. Yet that’s what makes these so compelling. It’s very off the cuff, honest and in the moment. You can see why del Toro & Lopez are embarking on their own film together. They flow together really well, while breaking down what it is about this film that makes it very special. Lopez admits that the majority of the film was written in a dream state, who was able to sell an unsellable idea, based upon her previous success in romantic comedies. Or how the movie comes from her upbringing of being sat down to watch The Goonies, followed by Tarkovsky’s Solaris. It’s all very relaxed (but informative) making for an easy viewing, even as it nears the hour mark.

* Director commentary – Issa Lopez holds court solo on this track. She’s incredibly thorough in explaining everything on the screen, from character decisions, underlying philosophy, techniques and the troubles of working on a small budget. Some of the information is covered in the behind the scenes footage, but there’s greater context. Lopez is never boring, instead sharing small flubs on set or interjecting a moment of levity, as the dark tale unfolds.

*Casting Sessions –
A few minutes of screen tests with the young cast. It’s a little raw, but you can see where their intensity comes from.

* Photo Galleries – there are 3 sets of galleries to choose from: concept art, graffiti art & behind the scenes photos. The latter can easily be found in the making of, while the other two are exactly as they sound.

All in all, Tigers Are Not Afraid is a great little package. The video is solid and rich. The audio punches when it needs to, while also capturing the silence of more introspective beats. As for the film itself, if you haven’t checked it out before, this is the perfect time. With a short run time and an even longer slate of features, there a lot to like here and a surprising amount of content to dig through. Those who are fans of the film are sure to be delighted.

Even if there wasn’t a wealth of special features, this would be an easy recommendation. The film itself is worth owning and introducing numerous others too. Sometimes, movies fall through the cracks, after blowing away festival audiences, due to subject matter, being in a foreign language or because a distributor isn’t sure how to market it. Thankfully, none of that matters in this case, as Shudder and RLJE Films has gone out of their way, to ensure Tigers Are Not Afraid gets the kind of blu-ray release it truly deserves. 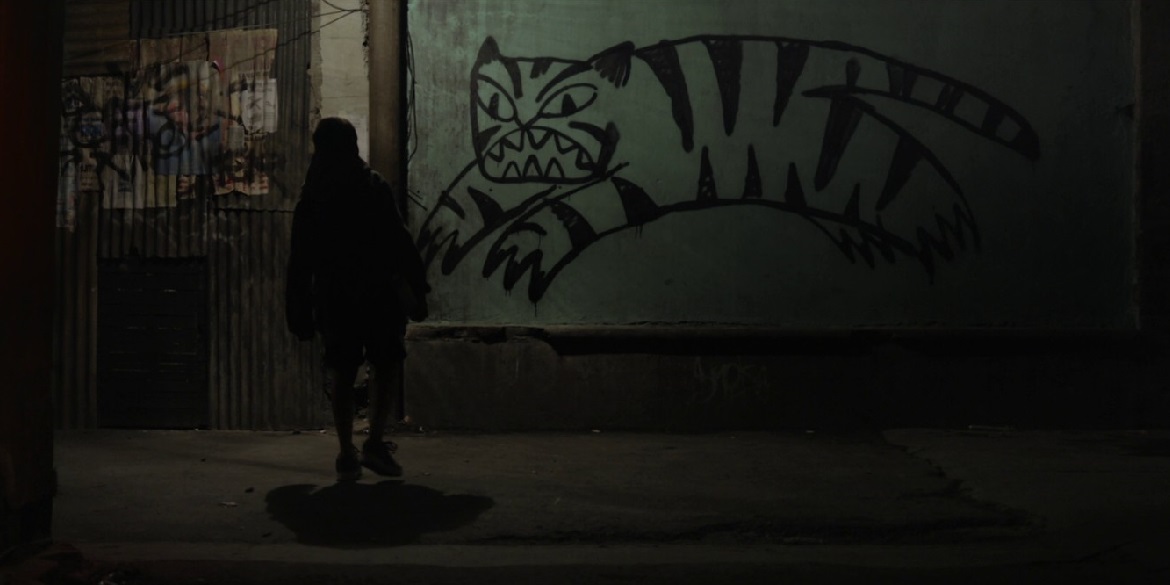 Blu-ray Review: ‘Tigers Are Not Afraid’ Gets A Fantastically Loaded Steelbook Release
90