When driving around rural Missouri you see a lot of interesting signs and billboards. Pro-Life, Jesus Saves and the “best food in Missouri!” are some of the most common. But every now and then you run across a real gem that makes you laugh or look twice. As I am writing this I’m currently on a road trip in Southern Missouri so the timing of this trailer release is perfect.

Three Billboards Outside Ebbing, Missouri (not a real town) explores what small town relationships, corruption and politics can become when one person locks in on a particular goal and holds on for dear life. It appears to play out like a Coen Brothers film, so it’s not surprising that Academy Award winner Frances McDormand is the female lead. She is after all married to a Coen Brother and is perfect for a role like this – which is on full display in the trailer.

The story  is a darkly comic drama from Academy Award winner Martin McDonagh (IN BRUGES). After months have passed without a culprit in her daughter’s murder case, Mildred Hayes (Academy Award winner Frances McDormand) makes a bold move, painting three signs leading into her town with a controversial message directed at William Willoughby (Academy Award nominee Woody Harrelson), the town’s revered chief of police. When his second-in-command Officer Dixon (Sam Rockwell), an immature mother’s boy with a penchant for violence, gets involved, the battle between Mildred and Ebbing’s law enforcement is only exacerbated.

Maybe I am biased because of where I was raised, but this looks to be another homerun by Martin McDonagh. No release date has been announced just yet. In the meantime check out the trailer. 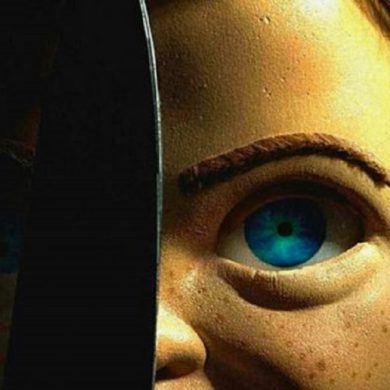