If I’ve accused 11.22.63 of dragging things out in previous episodes, episode seven, Soldier Boy, speeds things along. In the six episodes before it, approximately three years passed.  In Soldier Boy, 17 days passes in one episode.  We see details of 11 of those days, each one announced with a subtitle, for example:

During 15 of these days, Jake (James Franco) is struggling to remember his mission. Luckily, he had already told Sadie (Sarah Gadon) just enough that she’s able to not only inspire him to remember, but also to play junior detective in helping him figure it out.  On 11.5.63, Jake awakens in the hospital confused between reality and hallucinations.  Deke (Nick Searcy) tells Sadie that he’s not in medical danger any more, but just needs time.  Time, of course, is something of which he has precious little.

Two days later, on 11.7.63, Jake doesn’t know what the initials “JFK” stand for, much less his plans for preventing Kennedy’s assassination. Three days after that, though, he remembers taking Bill (George MacKay) to the looney bin and goes to him for some answers.  Unfortunately, he’s been given electroshock therapy treatments and an attempt to get him to remember something he’s been told was fantasy causes the confused young man to do something drastic.  He tells Jake, “Healthy people don’t talks about things like that.”

On 11.16.63, Deke reminds Sadie that she’s “his only way back.” After an argument the next day, she sternly tells Jake, “A man is going to be murdered and you’re the only one who can do anything about it.”  Suitably motivated, he washes his pain pills down the drain.  Meanwhile, we get glimpses of Lee Harvey Oswald (Daniel Webber) that reveal some of his thought process in the days before the assassination attempt.  First, his mother, Marguerite (Cherry Jones) lectures him on his potential, then, the next day, he reads a newspaper headline on a park bench.

Three days later, with three days until the assassination attempt, Jake remembers something about “Madison” Street. Because they have plenty of time, they wait until the next morning to go knocking on doors to see if anyone recognizes him.  Guess who does?  Yep, Lee Harvey Oswald!  That is finally the stimulus Jake needs to remember his plan.  However, with Sadie’s insistent involvement, the plan changes from murdering Oswald to simply stealing his gun, then, when that fails, to simply confronting him on the morning of the 22nd and calling the police.

Now we start counting down the hours “until assassination.” At 12:30 AM, Jake and Sadie park near Dealey Plaza.  Jake has a dream encounter with the Yellow Card Man (Kevin J. O’Connor), positioned in the episode to not necessarily advance the story, but renew Jake’s commitment to carrying out his task, “I can do this; I have to.”  He momentarily considers what would happen if they just let history happen and drove away.  But Sadie dismisses him, “You came here for a reason, Jake.  Now it’s my reason, too.”

At 8:30 AM, the past presents its first obstacle, albeit a predictable one: a dead car battery. No problem; Jake hotwires a car.  As they race to the book depository, the final moments of the episode are spent with Oswald.  At 9:00 AM, he reminds a co-worker that he’s a Marxist and will not be watching the motorcade.  Excuse provided for his absence from the crowd, he goes upstairs, unpacks his rifle, and diligently sets up for his mission.  Although it’s unforgivable, previous scenes with Marina (Lucy Fry) and their baby make him a little sympathetic.

This episode flies by! Without commercials on Hulu, it runs only around 45-50 minutes.  But the constant reminders of time passing add the illusion of time going faster, both on the show and as you’re watching it.  We’re all set for the conclusion and I honestly don’t know what’s going to happen.  I barely remember how the book ended, but we have seen during this series that it’s bound to go its own way, anyway.  There’s a lot of ground to cover, not only the three and a half hours “until assassination,” but also a return to the present to see if Jake’s mission was successful. 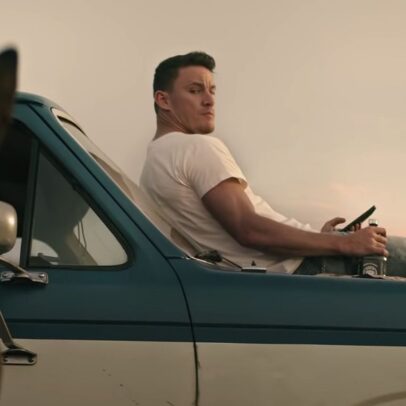