While it didn’t take any steps toward dismissing my complaints about the focus of previous episodes, episode seven of 11.22.63, The Truth, was nevertheless the most flat out entertaining episode yet. I’ve got to credit James Franco, who also worked behind the camera to direct.  He adds some creative flair that, if nothing else, makes the episode visually exciting and gives it some energy that has heretofore been missing.

For example, as Jake (Franco) and Bill (George MacKay) stake out the location for Lee Harvey Oswald’s (Daniel Webber) impending assassination attempt on General Walker (Gregory North), they discuss the trajectory of the bullet and the camera speeds us through the air along that trajectory. Also, Franco the director uses zooms and close-ups to emphasize surprise, such as when a phone unexpectedly rings.  Finally, he twice intercuts two distinct events to show simultaneous action.

Beginning where episode four ended, on April 8, 1963, Sadie (Sarah Gadon) runs crying from Jake’s house after discovering his surveillance tapes. “Everything you say is a lie.  It makes me sick that you can look at me and lie like that.”  I hoped that Jake’s reaction (“I was a fool to think I could be with Sadie.  I came to the past for a reason.”) indicated a return to reality so he could get back to business.  However, when her now-ex-husband, Johnny (T.R. Knight), kidnaps her, Jake leaves Bill to watch Oswald by himself.

Of course, regardless of the actions they took to prevent the past from “pushing back,” Bill is ultimately distracted and does not see who shoots at Walker. This turn of events makes their previous discussion a moot point:  Bill had asked, “Doesn’t Walker hate JFK, too?  Why would (Oswald) kill both of them?”  Jake had replied, “I don’t know.  All that matters is IF he shoots (not why).”  Since Jake’s entire plan hinged on this event, it will be interesting to see what he does next.

His excuse this time ends up being a good one, as he’s held at gunpoint at the dinner table with a bloodied Sadie. Johnny has gone off his rocker and actor Knight voraciously chews the scenery.  “You did this,” he shouts at Jake, “You turned her into your dirty bird whore.”  This language is straight out of a Stephen King novel, as is the gory outcome of the standoff.  With the fluid movement of Franco’s camera, it’s filmed with great effect and suspense, eliciting the most emotional reaction I’ve yet had to the series.

As Jake sits in the hospital during the aftermath, we flash back to Al Templeton (Chris Cooper) telling Jake how he made the mistake of reaching out to make a connection when he previously traveled back in time with a similar purpose. At this point, I don’t know if this is meant to demonstrate Jake’s awareness of making the same mistake, or to remind us how he’s failing his mission.  The emphasis in this episode is not as bothersome as in others, but still continues to steal the spotlight.

By the end, though, Jake has finally shared the truth with Sadie. With that out of the way, I hope he is freed to finally get serious about saving the life of the once and future President.  Maybe he’ll recruit Sadie to help.  If so, he’s got to get rid of Bill.  His character has been a baffling, yet predictable presence in a diluted television version of a great novel. 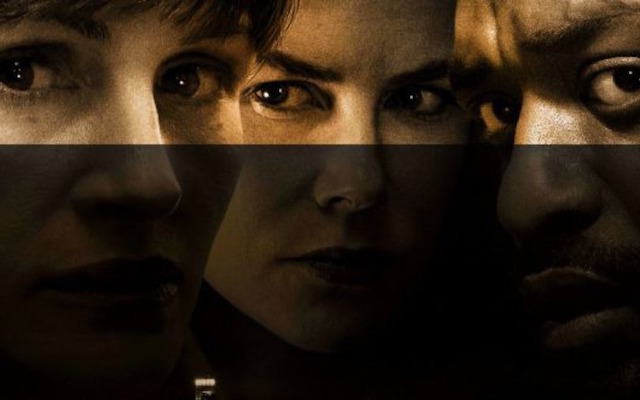 REVIEW: Secret in Their Eyes