Terror and the Truth Will Be Found in the ‘Rememory’ Trailer

Lionsgate Premiere
54
SHARES
ShareTweet
REMEMORY was written by Michael Vukadinovich and Mark Palansky and produced by Daniel Bekerman and Lee Clay. The film explores the unexplained death of Gordon Dunn (Martin Donovan), a visionary scientific pioneer whose body is found shortly after the unveiling of his newest work: a device able to extract, record and play a person’s memories. Gordon’s wife, Carolyn (Julia Ormond – Mad Men), retreats into her house and cuts off contact with the outside world when a mysterious man (Peter Dinklage – Game of Thrones) shows up. After stealing the machine, he uses it to try and solve the mystery, beginning an investigation of memories that lead him to unexpected and dangerous places.
Directed by Palansky (Netflix’s A Series of Unfortunate Events), REMEMORY folds science, superstition and the supernatural into a place where one man finds terror – and the truth.

The film will be released by Google Play on August 24th, 2017 and will be in theaters by Lionsgate Premiere on September 8th, 2017. 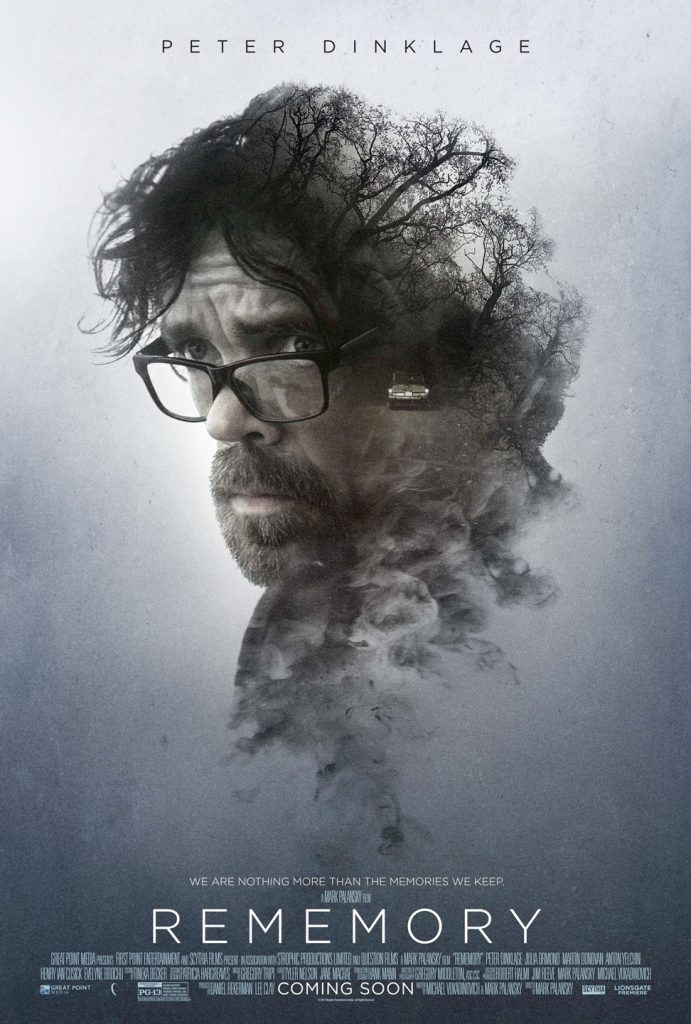