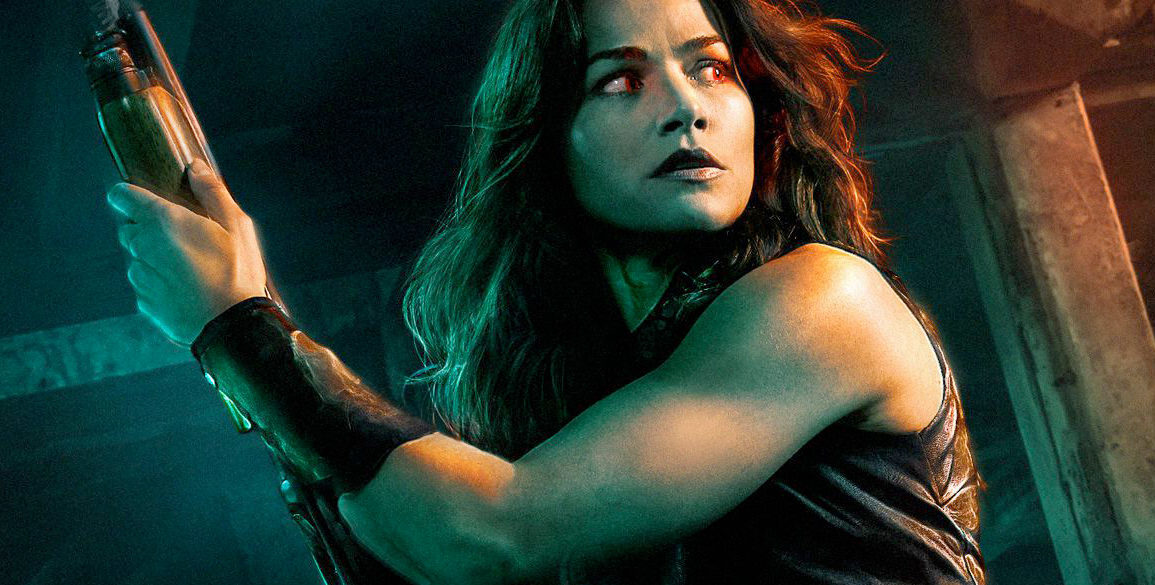 The cast of SYFY’s action horror series Van Helsing is once again heading to San Diego Comic-Con to give fans an exclusive first-look at the upcoming fourth season.

The Van Helsing panel is slated for Thursday, July 18, 2019 from 11:15 – 12:15 pm in the Indigo Ballroom at the Hilton Bayfront Hotel. Season 4 cast posters will be handed out to all panel attendees.

In addition to the panel, the Van Helsing cast will be doing an autograph signing for fans on Thursday July 18th from 2:00 – 3:00 pm in the autograph area in the Sails Pavilion.

SYNOPSIS:
Van Helsing is a total re-imagination of a timeless brand, set in a world dominated and controlled by vampires.  Season four continues the story of Vanessa Van Helsing and her band of heroes as they fight to reclaim the world after vampires took over during ‘The Rising’. The series will delve deeper into the iconic lore of the vampires and their ultimate goals for this world. New villains will rise along with unexpected heroes joining the fight.

Review: ‘Day of the Soldado’ is a Decent, if Unnecessary & Unfocused Sequel