I’d like to say my keen since of ironic humor kept me from reviewing a film from SXSW titled “The Waiting” until now, but the truth is that I am woefully bad at juggling projects and duties. Regardless, the wait is over (this is the first and last time I will use such a pun in a review, apologies).

The Waiting is a film directed by Kasra Farahani and written by Mark Bianculli and Jeff Richard. It is a slow placed thriller that takes its time ruminating over the current dehumanization that technology and the virtual world of the internet has seemed to foster. The narrative involves two teen boys who decide to rig an older man’s home to imitate a legitimate haunting and to then film the results. They unknowingly trigger something much darker and deeper that has lasting repercussions for all the parties involved.

The real trouble is that the haunted triggers the boys use have very different contextual reference for the old man, played here magnificently by James Caan, than they intended. So instead of a standard haunt, the boys trigger a darkness in the old man they could have never have envisioned. That, in a nutshell, is the message of The Waiting. That human beings are infinitely complex in their backgrounds, experiences, perspectives and the internet and technology does not account for this. We have been reduced to avatars and online handles, much more measurable and predictable than the humans that they represent. This disassociation is not only cold, but dangerous. We have forgotten the key element of being human, humaneness.

The trouble with the film, though, is it never really settles in on a cohesive way to deliver this thematic message. We flash backwards and forwards in time, from found footage to traditional footage, and from thriller to melodrama. The result is that The Waiting has plenty of good to offer, but it offers it in such a disjointed and ill-paced way that it’s hard to latch on to.

The ending is the best of example of this. Without spoiling anything, the ending is meant to be a conglomeration of the parts we have been given up to this point. It is meant to be the moment when the puzzle finally comes together. The trouble is that it doesn’t seem to quite fit. The tone and the message in it feels like it’s from a different film. So instead of the final jigsaw piece snapping nicely into place revealing the picture intended by the filmmakers, we get a foreign piece that is being forcefully jammed into place though it wasn’t meant to fit.

With that said, there is a lot to admire in The Waiting. James Cann, for instance, gives an amazing performance that reminds us all why he has become a Hollywood legend. The trouble with these moments of admiration is they narrowly miss congealing into a satisfying whole. 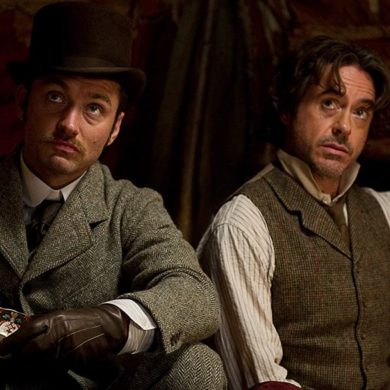 ‘Sherlock Holmes 3’ Gains A New Director, In The Form Of ‘Rocketman’s’ Dexter Fletcher