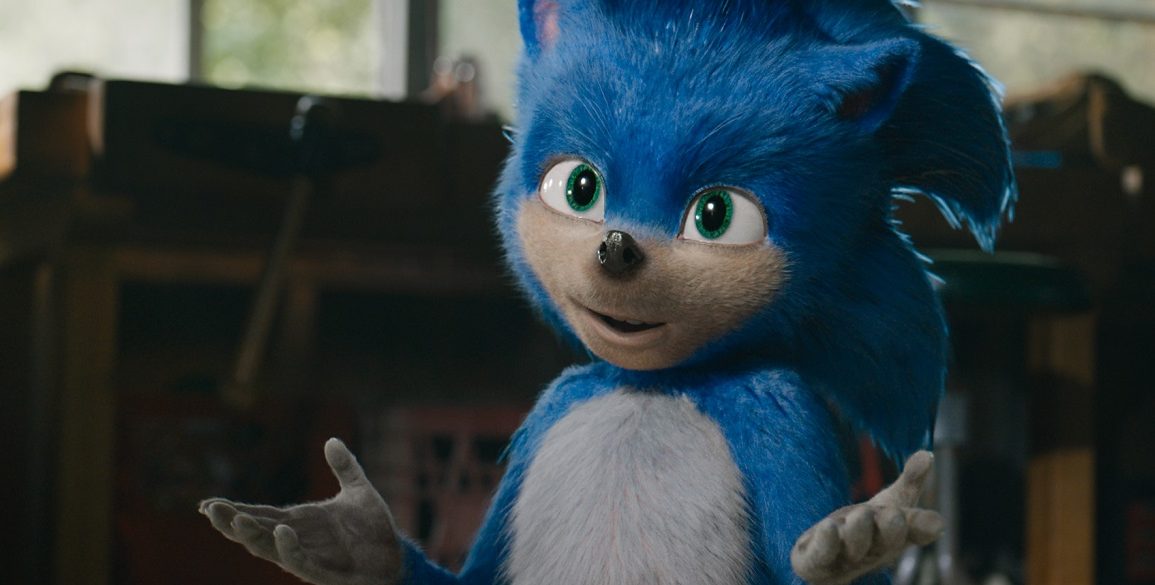 We’ve known for a while that a Sonic The Hedgehog movie was on the horizon. First there were interesting casting decisions revealed in James Marsden as a co-lead and Ben Schawtz voicing a CGI Sonic. Not to mention, Jim Carrey inhabiting the part of iconic villain, Dr. Robotnik. A poster that confused and terrified many quickly followed. Then came the waiting game, as to what it would all look like. Thankfully, today we have some answers, in the form of a first trailer. Behold!

At the very least, we can now say this confirms Paramount has a certain way they go about adapting video game and animated properties. I can’t help but feel pangs and echos of the last 2 Teenage Mutant Ninja Turtles films here. Your mileage may vary, as to if that’s a positive or a negative. Sonic himself is both an impressive feat and rather weird. Thought that largely describes the trailer as a whole. It’s a little hard to parse what the story is, outside of “keep Sonic from being captured by Robotnik”.

Let’s see if the official synopsis can make heads or tails of things:

“SONIC THE HEDGEHOG is a live-action adventure comedy based on the global blockbuster videogame franchise from Sega that centers on the infamously brash bright blue hedgehog. The film follows the (mis)adventures of Sonic as he navigates the complexities of life on Earth with his newfound – human – best friend Tom Wachowski (James Marsden). Sonic and Tom join forces to try and stop the villainous Dr. Robotnik (Jim Carrey) from capturing Sonic and using his immense powers for world domination.”

Not a lot there. It’s a little confusing as to why the government turns to Robotnik, to capture Sonic. Has he done stuff like this before? What exactly is he a doctor of? Of course, when there’s a giant blue naked hedgehog running around in red sneakers, it might be best not to ask questions. Carrey is clearly having a ball here and should his manic energy be an indication that Sonic The Hedgehog is fully flying off the rails early on, then this could be something quite special. Something supported by the jokes on display, too. Maybe it won’t be great, but at least it looks memorable.

What do you all think? Did this trailer get you excited to see Sega’s long time mascot on the big screen? How does Marsden keep getting roped into projects like this and Hop? And what exactly is going on in that post-trailer sting*? Share your comments with us, in the space provided below. There’s a good chance we’re likely to get answers to the questions above, in future footage. Mostly because it’s a long wait till this film sees the light of day. Sonic The Hedgehog sprints into theaters on November 8, 2019.

*Seriously. Is this a flashback, where a Robotnik exists on Sonic’s home world, too? Or are we getting a post-credit sequence reveal, months in advance, to drum up extra attention?