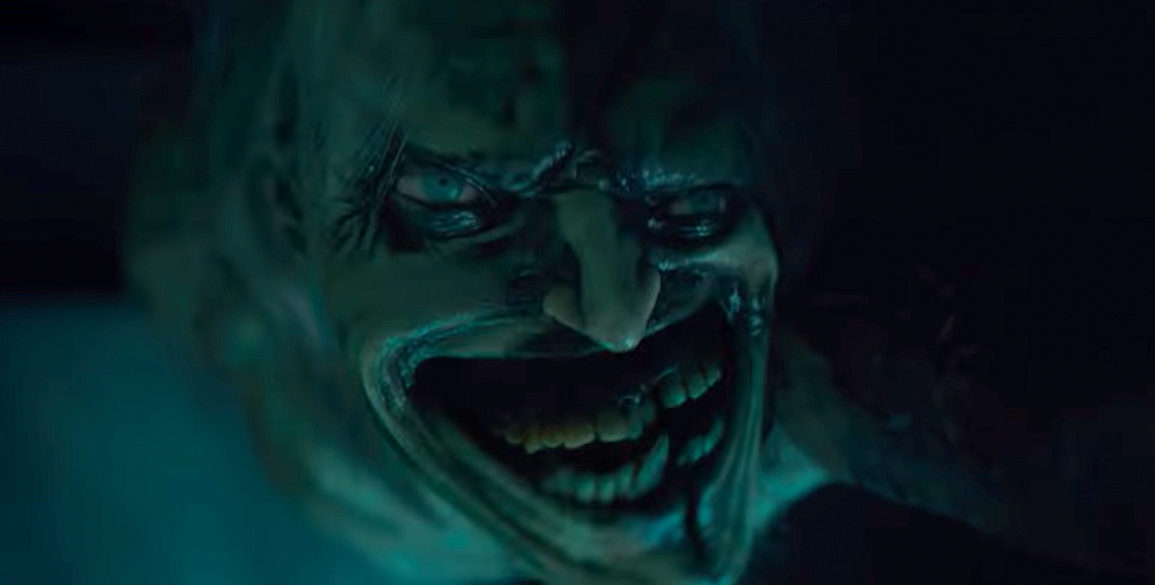 As most of you, I remember checking out Alvin Schwartz’s ‘Scary Stories to Tell in the Dark’ from my school library as a kid. Often times checking it out multiple times to keep it longer than I should have. Stephen Gammell’s illustrations brought the words on the page to life just enough to let your imagination run wild. Now the words and illustrations will jump off the page and into our nightmares with Guillermo del Toro vision, André Øvredal’s direction and few special effects artist to craft that vision.

During a panel at San Diego Comic Con del Toro and Øvredal were joined by some of those FX artist that included Mike Elizalde (Hellboy II: The Golden Army), Norman Cabrera (The Walking Dead), and Mike Hill (The Shape of Water).

Today we get another look at a creepy individual in a new trailer – the Jangly man. But the journey to bring these scary things to screen didn’t happen very quickly as del Toro pointed out in a Comic Con panel this past weekend.

“When we started talking about this about five years ago, I had to think about it. Of course, I love the books, but I didn’t want to do an anthology film, because anthology films are always as bad as the worst story in them,” del Toro said.

“They’re never as good as the best story. I thought, that’s not a format I want. And then I remembered in Pan’s Labyrinth, I created a book that was called The Book of Crossroads, that when you opened it, it reads you the future, and writes itself for you and only for you. I thought, that could be great—if I have a book that reads you, rather than you reading the book, and it writes the thing that you’re most afraid of…and then it happens. I thought that was good, and then the theme became the stories we tell about each other. I think that’s as good for 1968-69, which is when the movie is set, or social media, which is the way we shape each other through our conversations and our stories. It seemed very prudent right now.”

Bringing the story to the screen is one thing but recreating the classic characters from our childhood and getting them right is another thing all together. FX artist Mike Elizalde explains:

“One of the things that’s really special about this project for all of us was that sometimes, you go down the road of creating something that you’ve been handed designs that come from an artist that you’ve never met before. Sometimes we generate the designs ourselves. But in this case, we were creating designs from something that scared us as kids. It was something that was really special and important for us to try and get right. We did try a range of looks for Harold originally, but André was really clear. He said, ‘I don’t want this to look like a person. It needs to look like a terrifying mask that’s been rotting in the sun.’ So that’s how the final look was arrived at.”

Well guys you nailed it because the first image of Harold the scarecrow had me hooked. I kind of just want a standalone film about him – but instead we get the whole cast of creepy characters. Check out the new Jangly Man trailer and official synopsis below.

SYNOPSIS: It’s 1968 in America. Change is blowing in the wind…but seemingly far removed from the unrest in the cities is the small town of Mill Valley where for generations, the shadow of the Bellows family has loomed large. It is in their mansion on the edge of town that Sarah, a young girl with horrible secrets, turned her tortured life into a series of scary stories, written in a book that has transcended time—stories that have a way of becoming all too real for a group of teenagers who discover Sarah’s terrifying home.

Scary Stories to Tell in the Dark — in theaters August 9th. 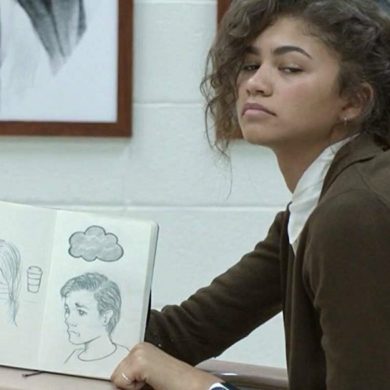