Goodbye Christopher Robin begs comparison to 2004’s Finding Neverland with one major exception.  It’s actually a good movie.  I was not at all fond of the latter.  Johnny Depp was beginning his post-Pirates of the Caribbean decline playing J.M. Barrie, the creator of Peter Pan.  In the former, though, it’s Domhnall Gleeson, a star who continues to rise, as A.A. Milne, the creator of Winnie the Pooh.

Both authors, who were contemporaries, mined experiences with children for their inspiration. For Milne, it was with his son, Christopher Robin, who was born in 1920.  Suffering from what we’d today call Post-Traumatic Stress Disorder (PTSD) following his experience during World War I, Milne and his family left the city and moved to a country home in Sussex in 1925.  The nearby Ashdown Forest became Pooh’s fictional Hundred Acre Wood.

I should say that Goodbye Christopher Robin‘s A.A. Milne character suffered from PTSD.  This is a biopic; I don’t know how much of a factor it was for the real life author.  The same can be said for the movie’s outcome, which may include a Hollywood ending. From what little research I’ve done, it seems like the real adult Christopher Robin was estranged from his family instead of coming to terms with his exploitation when he was a child. 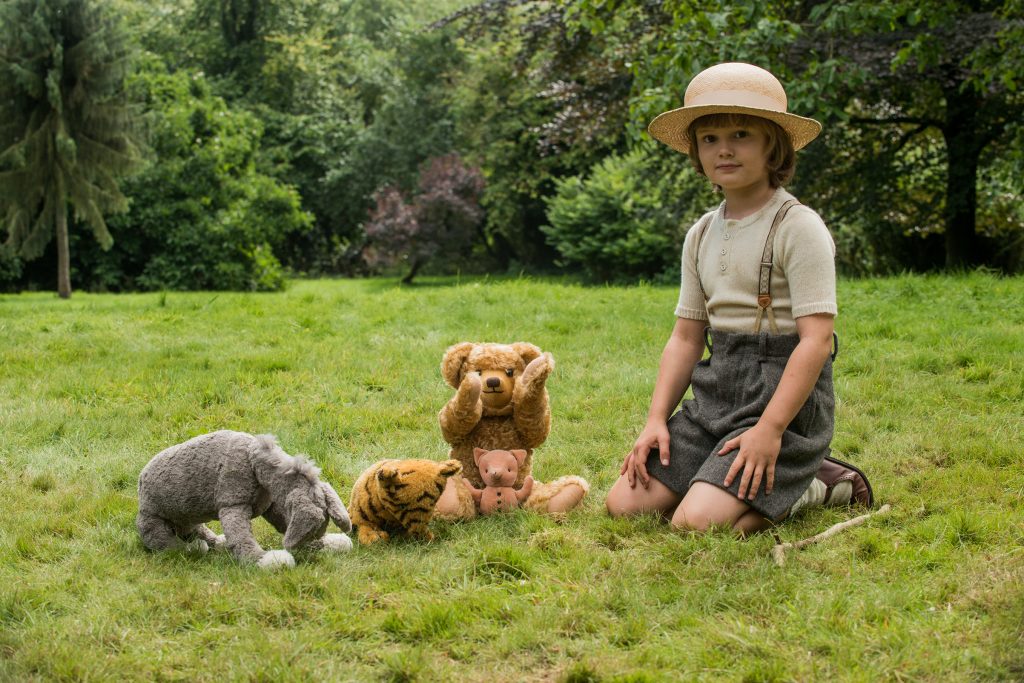 When Milne’s wife, Daphne (Margot Robbie), returns to London, and his son’s nanny, Olive (Kelly Macdonald), leaves to visit her sick mother, he finds himself having to take care of the young boy, who the movie says was eight-years old at the time. They go on long walks in the woods and have tea parties with Christopher Robin’s stuffed animals.  Through his son’s imagination, Milne becomes motivated to write once again.

He summons his friend, E.H. (Ernest) Shepard (Stephen Campbell Moore), to embellish his stories and poems with illustrations. The movie sparingly uses the visual device of live action becoming drawings.  Only once or twice and we get the idea.  Likewise, scenes that could have been heavy-handed when naming the fictional animals and locations are treated with restraint.  They’re never cloying.

Neither is the movie overly sentimental. That’s probably because Gleeson’s Milne is so unsentimental.  Robbie’s Daphne keeps her emotions in check, as well.  She mentions a couple times that it’s not proper for her to be blubbering, even after the painful birth of Christopher Robin, which she later claims almost killed her.  This may be an indication of the era more than the people.  I get the feeling that any father in the 1920’s would be uncomfortable holding a baby. 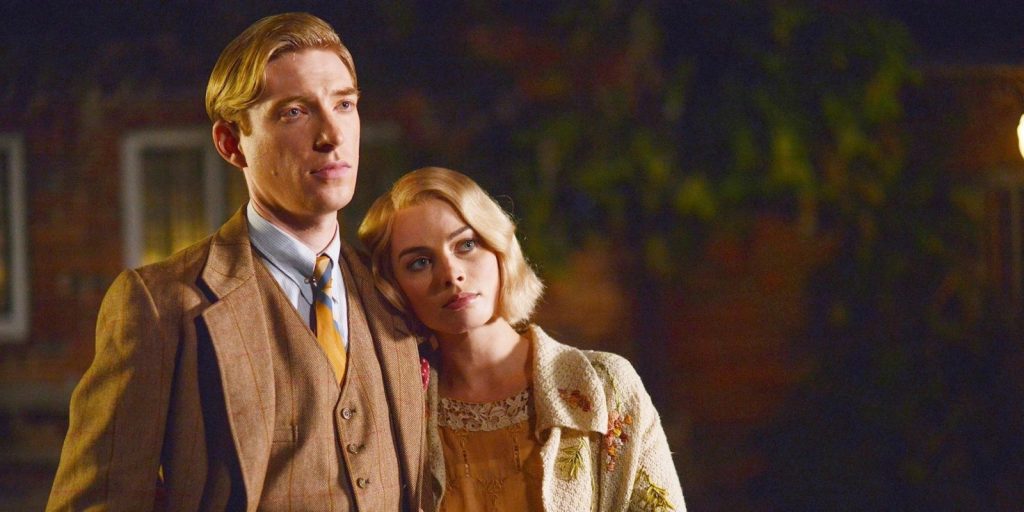 Gleeson is terrific. When a subtle hint of a smile occasionally creeps through his tight lips, it’s probably more effective than all-out amusement would be.  Robbie again proves how versatile an actress she is.  She was the best thing about last year’s The Legend of Tarzan.  Daphne is a role closer to Jane Clayton than to Harley Quinn in Suicide Squad, although she was the best thing about that, too, although that’s not saying much.

Christopher Robin Aged 8 is played by Will Tilston. He’s cute but not too precious.  Christopher Robin Aged 18 looks nothing like I would have imagined the character to look ten years later.  I’m going to say this represents the toll years of ridicule by his boarding school buddies takes on him. Goodbye Christopher Robin is directed by Simon Curtis in a style familiar to two of his previous films, My Week with Marilyn (2011) and Woman in Gold (2015).

I liked those movies, but I like this one even more. Goodbye Christopher Robin is a mostly matter-of-fact dramatization with just enough storytelling flourishes to keep it from being dry.  It has some lovely cinematography by Ben Smithard, particularly when the sun shines through the branches of the Hundred Acre Wood… I mean, Ashdown Forest.  Fact and fiction blur for A.A. Milne and his son, but their pain makes an affecting movie for us.