Salma Hayek Might Be Joining Marvel’s ‘The Eternals’ Movie 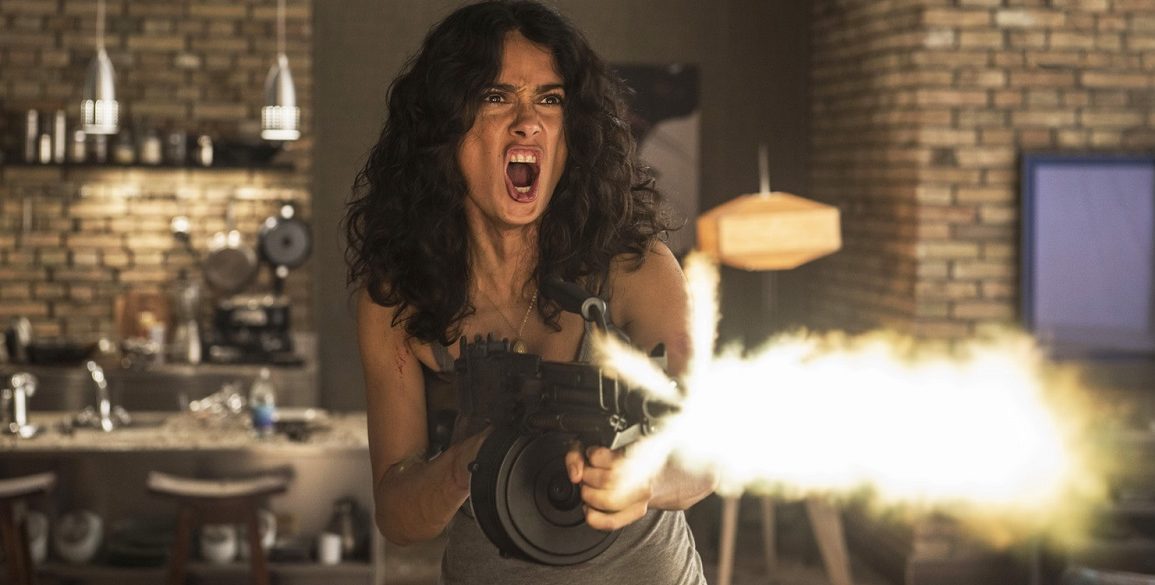 With Spider-Man: Far From Home‘s release set to close the book on Phase 3 of the Marvel Cinematic Universe, everyone’s wondering what comes next. Sure Phase 4 will be set with inevitable sequels for Doctor Strange, Black Panther, Guardians of the Galaxy, but what else? It looks like the big cornerstone film may just end up being The Eternals, from director Chloe Zhao (The Rider). When you have a film that’s set to star Richard Madden, Ma Dong-seok and Kumail Nanjiani, with Angelina Jolie still in talks, there’s no reason to think otherwise. In fact, it looks like another big name actress is planning on joining the fun, too.

The Wrap broke the exclusive news that none other than Salma Hayek is circling a role in the film. While her exact role is unknown, it’s an exciting addition regardless. What we do happen to know is that Madden may be playing the leader of the group, Ikaris. Meanwhile Jolie, should she join, would take on the part of Sersi. With filming set to begin in London this September, things should be taking a clearer shape, very soon. I mean, there’s still that Keanu Reeves rumor from MCUCosmic to contend with, as well.

Based on the comic created by the legend Jack Kirby in 1976, The Eternals are near-immortal individuals that were essentially created to be the protectors of Earth. As comics like to have duality, their mortal enemies were also created, called the Deviants. It was all big, bombastic and reminiscent of Kirby’s work over at DC, with The Fourth World. The most important bit of lore though, concerns the ones responsible for both groups, the Celestials.

If the Celestials sound familiar, it’s because they’ve already been glimpsed in the MCU. Guardians of the Galaxy featured Nowhere, the floating skull of a fallen Celestial. Esons the Searcher was seen harnessing the power stone, wiping out an entire planet. In Vol. 2 we meet the last living Celestial, Ego (Kurt Russell), otherwise known as Peter Quill’s (Chris Pratt) dad. Which makes him a relative of the Eternals, due to his “half-breed” status. And wouldn’t you know it, but even a Deviant has shown up, in the form of Thanos.  The’s the short, condensed version of a larger, more convoluted mythology. At least, from the MCU side of things.There’s a good chance, whenever the Eternals do band together, that someone might ask where they were when the brouhaha of Infinity War and Endgame were going down.

With Comic-Con merely weeks away and Marvel planning to have a presence at the event, don’t be surprised if we learn more about The Eternals, at that time. There’s numerous unanswered questions concerning Phase 4, they might address. Though they could spend several days further explaining away events of Endgame, still. If they should mention anything concerning the movie, we’ll update you immediately. In the meantime, make sure to add Eternals by Jack Kirby Vol. 1 and Eternals by Neil Gaiman to your reading list. Both are easily available on all tablets. It’ll help potentially bring you up to speed.