There aren’t that many good video game movies. There are a few, like the Tomb Raider series, but even those aren’t great. In fact, up to this point there really hasn’t been a great video game movie. Sadly, “Warcraft” doesn’t change that. The amazing special effects and interesting battles aren’t enough to save this film from poor character development, unimpressive acting, and a shaky plot.

“Warcraft” actually has a strong start, in which it introduces the orcs, a race of hulking, muscled humanoids who practically drip war. In one of the few personal moments in the film, Durotan, a chieftain of an orc clan, has an intimate conversation with his pregnant wife, Draka. The humor and, for lack of a better term, humanity in the scene helps the audience make a connection with these two characters. Unfortunately, this is pretty much the only time that kind of connection is made.

After the orcs, the humans are introduced. This is where things start to take a dive. The human characters aren’t introduced through personal moments that demonstrate character and help us like them. Instead, they show up in the film, appearing no more noteworthy than a secondary character, except that they don’t go away. As an example, Khadgar, a young mage who plays an important role in the film, is first seen when Lothar, one of the King’s trusted men, bursts in on him looking through notes. He is quickly incapacitated, at which point he begs to be allowed to finish examining a body in the other room. He’s granted his request, examines the body, then says something about the Guardian. Then the scene ends, and we’ve been given no reason to expect that the character will be seen again in the movie. He is completely forgettable at that point, because the film didn’t show us anything interesting about him. This is just one example of poor character introduction. For two thirds of “Warcraft”, the audience is being asked to care about characters with no other reason than they are the “main characters”. This lack of connection with the characters subsequently causes any moments intended to be deep or heartfelt to fall flat. “Warcraft” repeatedly tries to evoke emotions it hasn’t earned.

It may have been a result of the poor character development I already mentioned, but the acting in “Warcraft” left me unimpressed. None of the characters really jumped out, except for when special effects and CGI were involved. And they were involved a lot, which is a good thing. The special effects in “Warcraft” were incredible! From the magic, to the sprawling cities, to the orcs themselves, everything looked perfect, and matched seamlessly with the real actors and objects being used. Likewise, the fight sequences were great. They were exciting and believable. The battles were easily the best part of the movie.

The final thing I’d like to point out was the obvious amount of “fan service”. I don’t mean this in the usual sense of unnecessarily exposed women, but rather in the sense that this was a film for fans of the Warcraft video games. I haven’t played the games, but I could tell that they were showing locations and making unnecessary references just so that fans of the game would get excited. This would be fine, except that it took time away from establishing the characters and the plot in a satisfying way. Even worse, there were aspects of the world that were introduced with little to no explanation, in a way that again felt like you’d have to play the games to understand. One example is the concept of the Guardian, something that is important to the film, but never truly explained.

Overall, “Warcraft” is a mess, but it’s a mildly entertaining mess. It’s worth watching once just to see the phenomenal special effects, especially if you’re a fan of the games. That being said, my advice is to wait till it’s on Netflix, because it’s definitely not worth paying to see. 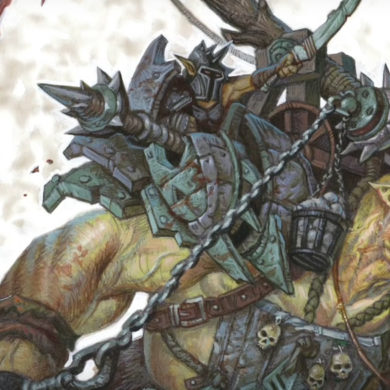