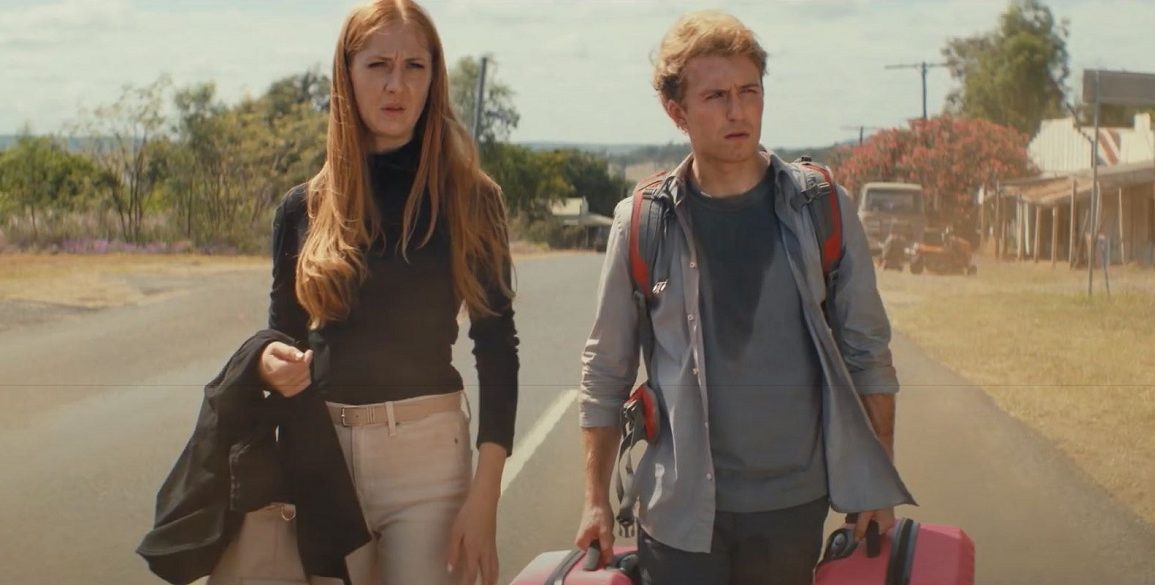 One look at the history of cinema and you’ll easily see that, as much as everyone wants to group horror together, it’s easier said than done. Like mixing sweet and sour, the combination is all portioning. Too much comedy or horror and the balance topples, making for a “decent at best” outcome. While that definitely described the final landing spot for Two Heads Creek, the overall journey isn’t without it’s charms. Specially when factoring in a gangbusters 3rd act, that gets so much right.

In post-Brexit England, being a Polish butcher, Norman (Jordan Waller, who also wrote the film) isn’t exactly having a good time. Adding to his troubles is the recent passing of his mother. Well, the mother who raised him, as a friend of her let’s skip that he and his twin sister, aspiring actress Annabelle (Kathryn Wilder) weren’t her biological children. Just as all seems lost, Norman receives a mysterious call from Australia. Armed with the aforementioned revelation, phone call and a hidden post card from their mother, the sibling head off to the titular Two Heads Creek, in rural Australia. Hoping to meet their mother, if the village’s dark secret doesn’t consume them whole.

Upon arrival at the village, Annabelle and Norman sense something is off. The townsfolk is off-kilter. Tour Guide Apple (Hellen Dallimore) seems too chipper. Her son Eric (David Aslam), the bar owner is too welcoming. Even the sausages are prepared all too quickly. Whispers cloud every conversation around the twins. Only the random band of Asian tourists visiting the town, come off individuals not resembling cartoon character. The deeper they dig into whatever may be causing people to act so skittish, the more danger they put themselves in. Yet, relatively speaking, it’s a lite story contrivance, in order to offer up a smorgasbord of wild comic trappings.

Zany doesn’t begin to describe the overall tone at work here. Things in Two Heads Creek are just this side of unhinged. Jokes whiz by (as do cans of XXXX), hitting occasionally. The rapid fire nature is sure to tickle more than a few viewer’s funny-bones. It’s slightly distracting, shifting from scatological humor 1 second, joking about Norman’s perceived effeminate nature, nationalism, xenophobia and bestiality. You know, typical fare. That may sound like faint praise, yet due to the sheer volume of jokes, it ends up being decently entertaining. Most people will be hard pressed not to chuckle numerous times, before the credits roll. Which is an important factor, as it attempts to carry the majority of the film, while clocking in just under 85 minutes.

Helping make the disparate stew of elements more palatable there’s a stylized sheen to the proceedings. It makes the low budget nature of the project, easy to forget. For the most part. That may seem like a rather small detail, but during a period where “cheaply digital” can at times be a detractor, that isn’t so here. Framing, zooms, cutaways, everything on display is crisp and inviting. Here, things are shot stunningly. A warm hue bathes the Australian landscape (that’s seen), while adding an extra punchy level when the gore enters the fray. And oh goodness is there a gaggle of grue for horehounds to lap up. Those who delight in the red goopy stuff, will be rewarded. After a surprisingly long weight.

Strangely, underneath the main layer of wackiness, a too blunt political aspect exists. It’s introduced out of nowhere, then sort of shoved to the side, in favor of returning squarely to he absurd. While the topic is extremely timely, the feeling of just being “there”, is odd. Sure, it pops up several times but it never feels to add anything too substantial. To the point where a joke about the stability of the country comes off as mean, when it could have been poignant. That’s a small shame, since it pops up as the film really finds its stride. It may help to garner general attention for the film and it’s a noble effort. The problem comes in how they try to squeeze it in. Excise it from the narrative and the film would be all the stronger.

There a slight hesitancy outright recommend Two Heads Creek, without caveats. Director Jesse O’Brien & writer Waller try to cram too much into the short time they have. That said, as far as quick, quirky and bloody diversions go, it’s a film worth your attention. For those looking for a general chaotic comedy, it’ll likely scratch an itch. People who are satiated by a solid disemboweling, followed by a few gallons of grue, will be equally pleased. Those wanting a harmonious combination between the two or who desire a bit more oomph when political satire is attempted, may want to sit this one out. It does many things well enough, to make for a decent enough rental. It just lacks the legs to make it something you’d want to revisit regularly. 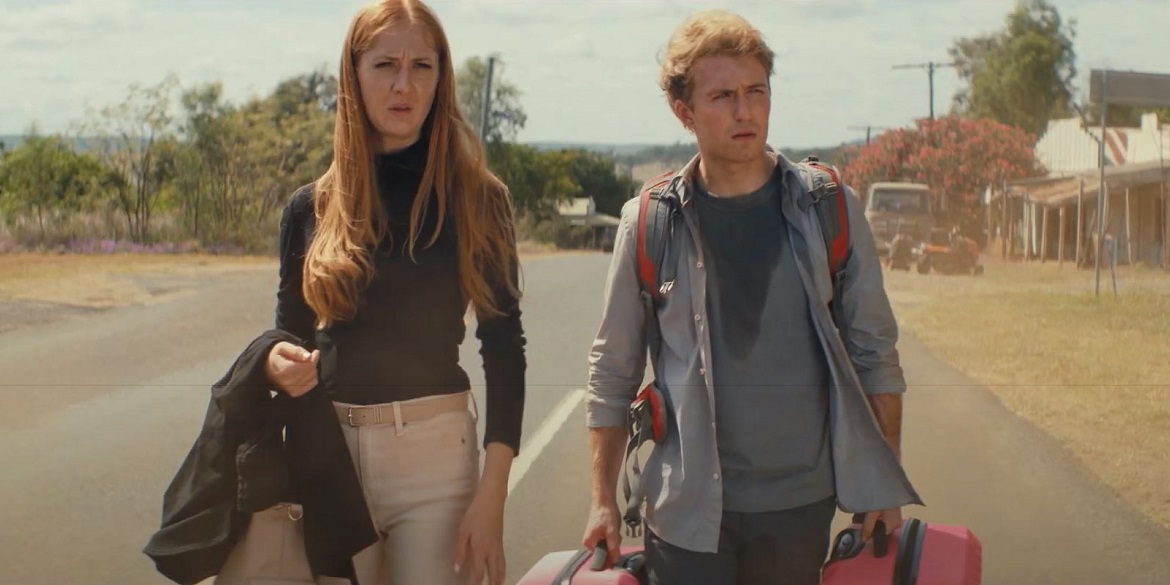