Review: ‘The Suicide Squad’ Is One Of The Biggest, Broadest, Bloodiest And Best Comic Book Movies Around 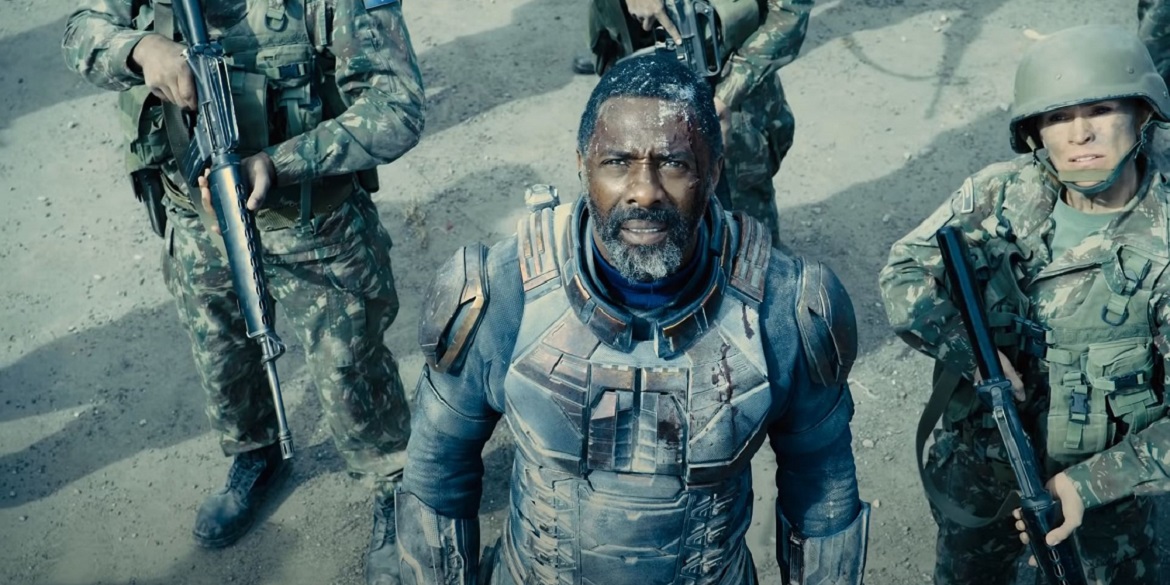 To say that the DC Universe has had a bit of a rocky history when it comes to theatrical output, would be something of an understatement, to anyone paying attention the last decade. After handing the reigns over to one individual and then reshaping and rebuilding every few years since their identity has been fractured. A solid Saturday cartoon here, a dark and brooding distraction there, a lot has happened in which every other entry seems both like a runaway hit and a seismic shift. So the idea of a semi-reboot, semi-sequel of a financially successful, but critically panned film isn’t too wild. Especially when you steal one of Marvel’s biggest directors. That’s the secret sauce that makes The Suicide Squad a rousing and energetic delight.

In a world where blue-blooded boy scouts, nocturnal vigilantes, secretive Amazons, and kings of the ocean take the spotlight, someone needs to do the dirty work. Amanda Waller (Viola Davis) is up to her old tricks again, attempting to save the world with the use of criminals. Namely different tiers of supervillains that are largely expendable. Sign up for Waller’s “Task Force X” and you get 10 years commuted from your sentence. If you succeed, that is. Given a regular turnover that matches the high mortality rate, the team has taken on the nickname of “The Suicide Squad”.

When a governmental coup rocks the island country of Corto Maltese, The Suicide Squad is called into action, to recover a top-secret device that threatens to destroy the world. Captain Boomerang (Jai Courtney), Harley Quinn (Margot Robbie), and Rick Flagg (Joel Kinnaman) all make a welcome return from the previous outing. Rounding out the ragtag crew of misfits and anti-heroes is Savant (Michael Rooker), Weasel (Sean Gun), Polka-Dot Man (David D ), T.D.K. (Nathan Fillion), Peacemaker (John Cena), and reluctant leader Bloodsport (Idris Elba). Should they be able to set aside their differences, they’re capable of saving the world. If not, they get their heads blown up by a bomb injected at the base of their skull.

Uniformly the casting is utter perfection here. The mostly new cast each gets their moment and shine. From the unbridled and rippling of Cena to Elba’s unexpected weakness, everyone here is performing at the top of their game. As is a given by this point, Robbie holds her own as Quinn, even though she’s separated from the main team for part of the runtime. Doing so though allows her to continue Harley’s journey last glimpsed in Birds of Prey.

At the same time, Polka Dot Man and Ratcatcher get to shine just as much as the other heavies . A solid move given that each of them steals almost any scene they’re in. Melchior with her sweetness and cunning that becomes the heart of the squad. While Datsmalchian brings equal parts lunacy and meekness to the fray. Together they all exemplify the best of what Gunn has to offer: humanity wrapped up in candy-coated chaos.

The amount of gore, true, pus, and blood that washes across the screen is ridiculous. Both in a disorienting and at times awe-inspiring fashion. This amount of bloodletting usually gets relegated to 80’s throwback films or works trying too hard to be “gritty” and “dark”. A notion The Suicide Squad deftly spends time and time again. Throw whatever comparisons you might want to make about James Gunn’s films over at Marvel out the window. This one has more in common with Super and The Specials than anything else. Leave it to Gunn to find a way to meld past strengths (his Troma sensibilities and superheroes) into a bizarrely wonderful monster of a big studio picture.

For a film that’s 2 hours and change, The Suicide Squad flies by. While other superhero films under the WB moniker have lamented studio interference or ” visions” being tampered with, this is the first instance where you organically want to spend more time with the characters. It’s a rare feat to break off from the main action and delight in a giant humanoid shark (voiced by Sylvester Stallone) starring at an aquarium for several minutes…and giggle with delight. Gunn has built a career out of spinning such loving nonsense into gold. Understanding what works with an audience, both narratively and from a character standpoint is a rare gift. One which Gunn exploits in spades.

The thorn in the side of a movie like this is also the thing that makes it such a delight. Languishing in the audacious and ridiculous, a less enthused audience may call out to get on with things. Juggling the two is a heavy task. One that Gunn trips over himself to make work, shouting “wait wait, there’s more”, as his arms flail out to the side, tossing all his goodies up in the air. For other directors, this would mean getting married in the mid and tripping over themselves. For Gunn, it means diving headfirst and creating the loudest, brashest, bloodiest, and most colorful superhero film to date. The fact that it’s also oodles of fun and hilarious is the cherry on top of this gleefully bloody sundae.

Deftly and unassumingly, Gunn morphs his over-the-top magnum opus into something moving. Don’t hear what’s not being said though. This isn’t exactly a schmaltz fest. Rather, there are solid or quieter beats filled with earned pathos. Moments, where viewers are sure to collectively aww, only to double back and chuckle at how, moved they are, since 30 seconds earlier someone was eviscerated in the most graphic way possible. If all the suffering through various levels of misguided, weird, or stutter-start previous entries into the DC Universe allow something like The Suicide Squad to appear everyone once in a while, maybe it’s worth it. Otherwise, it may be in Warner Bros. best interest to hire Gunn once every 3 or so years, to give the universe the kickstart it deserves.

Review: ‘The Suicide Squad’ Is One Of The Biggest, Broadest, Bloodiest And Best Comic Book Movies Around
80

REVIEW: ‘Diary of a Wimpy Kid: The Long Haul’ Gets Stuck in the Mud