Review: ‘The Bad Guys’ Is A Plucky Animated Caper That Gets By Entirely On Goodwill & Manic Energy 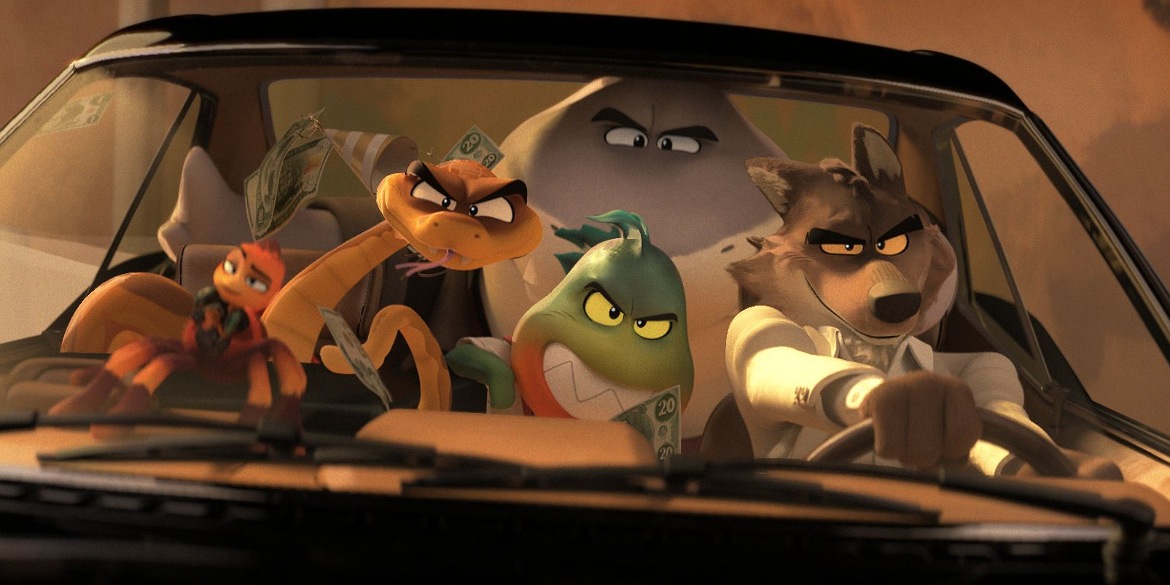 For over two decades DreamWorks Animation has positioned itself alongside the plucky characters that spearheaded their films: as underdogs. Judged by their cover. Relegated to second fiddle for no reason than someone else was deemed “better” and “cooler” long before. Time and time again the studio has bolstered itself by going against the grain, getting by on style and cunning alone. In many ways, their latest film The Bad Guys feels like the most “DreamWorks” story imaginable. Following characters who are trying to buck their station in life, against all odds, backed by a star-studded cast and some equally impressive visuals. Sadly though, a tired and ratty old screenplay that feels entirely played out almost sinks all the goodwill it builds up. Almost.

From the opening, which bills The Bad Guys as a “caper”, rather than an actual film, this isn’t your typical kiddie fare. Mr. Wolf (Sam Rockwell) and Mr. Snake (Mark Maron) engage in banter that feels like it belongs in a Quinten Tarantino flick. They’re able to ham it up, because, in this world, they’re the quintessential “bad guys”. The villains of every tale ever told and instantly prejudged wherever they go. Along with the aforementioned duo, the squad is rounded out by hacker Ms. Tarantula (Awkwafina), master of disguise Mr. Shark (Craig Robinson), and diminutive wild card Mr. Piranha (Anthony Ramos).

For years the “bad guys” have played their part in this world. One mostly inhabited by humans, it should be noted. They plan a job, lead the Police Chief Luggins (Alex Borstein) and her officers on a thrilling chase, and then retire to their lair. Rinse and repeat. The only issue is that repetition can lead to complacency. Something echoed by local Governor Diane Foxington (Zazie Beets), who calls their antics “tiring” at a press briefing. When their attempt at stealing the most coveted item in the world fails, Mr. Fox comes up with a novel idea to get them out of a jam: if the bad guys can go good, they all get pardons. Aided by philanthropist guinea pig Professor Marmalade (Richard Ayoade), the crew tries to change their stripes while a bigger, badder and more twisted foe waits to undo all their hard work.

The biggest asset The Bad Guys has going for is director Pierre Perifel. After years of rising through DreamWorks as an animator, he imbues his directorial debut with a sense of frenzied wonderment. The closest comparison visually is that of Pixar’s recent Turning Red, but with the anime-esque influences here pushed further. It’s hard to fully describe just how spellbinding the animation is when it’s in motion. Action sequences are as stunning as they are thrilling. Vocal performances are laced with extra doses of emotion due to their character’s expressive faces. All the pieces allow the film to blow by in a breeze. Even if the finer points of the story try to trip things up along the way.

While it succeeds in many ways, The Bad Guys won’t be a film anyone remembers for originality or the jokes. Etan Cohen’s script is as basic as they come, telegraphing every twist and turn well in advance. With jokes that felt dated years ago. As fun as the concept of “Ocean’s 11 but with the cast of Looney Tunes” may sound, it never really goes past surface level. That isn’t entirely a deterrent though. Kid’s films were never meant to be the last best hope for the cinematic world. They just needed to be good enough to distract some tykes for an hour or two. In that regard Cohen’s work is passable.

By no means is The Bad Guys the end-all-be-all when it comes to the world of family entertainment. Far from it. The script is tired. The twists and turns fall flat or are entirely transparent. There’s not much depth to the characters or even a message behind it all. And yet, given the low-stakes fun-filled caper aspect, it soars by with ease. Kids and adults alike are sure to find themselves engaged from start to finish. It may not be profound by any means, but The Bad Guys prove that DreamWorks still knows how to make a thrilling underdog story.

Review: ‘The Bad Guys’ Is A Plucky Animated Caper That Gets By Entirely On Goodwill & Manic Energy
75 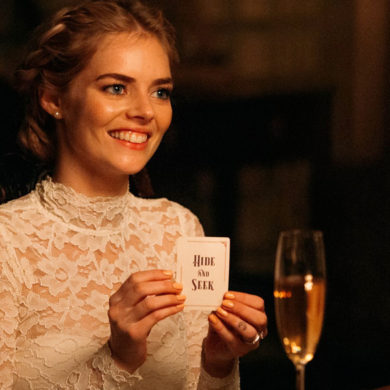