Review: ‘Sonic The Hedgehog 2’ Overloads On Cuteness, Mania & Side Plots 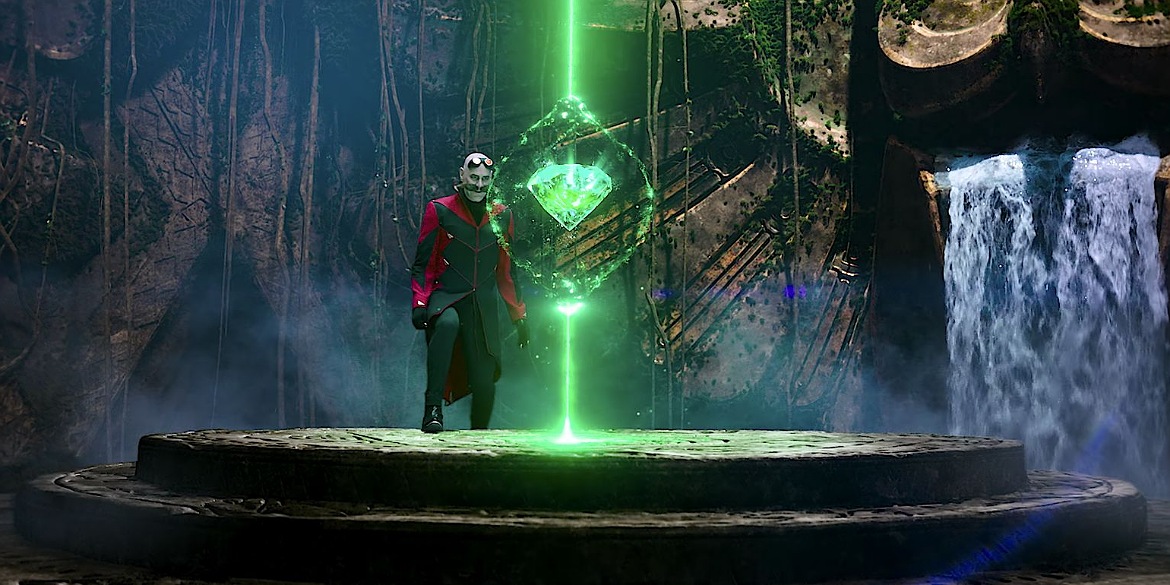 What a difference a few years makes. Back in late 2019, the biggest problem facing the release of a live-action Sonic The Hedgehog movie was the design of its main character. The studio was met with an outcry due to Sonic looking realistic. It was downright terrifying. A change was made and next thing you know, at the start of 2020 the movie was a hit! Until a pandemic shuttered theaters capping the box office potential. Now, as the movie industry makes a triumphant return, the blue speed demon is ready for his encore. For a large part Sonic The Hedgehog 2 manages to replicate the energy of the first film. Even though it comes up just short of besting that (blue) lighting in a bottle.

Picking up months after Sonic vanquished Doctor Robotnik (Jim Carrey), the lovably energetic hedgehog finds himself at a crossroads. Life in Green Hills is swell enough, but there’s a longing he feels inside. Attempting to fill that hole he masquerades at night in Seattle as Blue Justice, fighting crime wherever it may strike.

The skills he’s trying to harness get  put to the test soon enough, as a marooned Robotnik has found someone with just as much beef with sonic as he does: Knuckles the Echidna (Idris Elba). Together the dastardly duo wages war not just against the sleepy haven Sonic calls home, but the world at large. Paired with his sidekick, the lovable two-tailed supergenius fox, Tails (Colleen O’Shaughnes), the blue fuzzball might just save the day and find the calling his been chasing.

That character redesign in retrospect was the best thing that could have happened to the Sonic franchise. By embracing the cartoonish style of the video games, the film has a goofier sensibility it’s able to take root in. Allowing any ridiculous act to be handwaved away, as long as it doesn’t involve humans. Which, given how much time Carrey spends mugging, is something of a problem. Seeing him in full-on 90s manic mode is fun at first until you realize the majority of his riffs should have been saved for a blooper reel.

It’s a little strange to rag on something like Sonic the Hedgehog 2 for being formulaic when that element feels ported over from its digital counterpart. The Sonic games differentiate themselves with difficulty curves and some newly designed backdrops. The mechanics stay the same though, as the world around it adapts and evolves, at least graphically. The same goes for this film, which dazzles when it comes to explosions and snowy mountain chases though come up short in other areas.

Would it surprise you that a kids film centering on diminutive CGI characters has something of a human problem? As great as Sonic’s adoptive family unit of Tom (James Marsden) and Maddie Wachowski (Tika Sumpter) are, they feel out of place for the majority of events. Not to mention most of their screen time takes place away from the titular character. Instead, returning director Jeff Fowler decides to stuff in every possible human from the first film to little or no effect. The less said about Natasha Rothwell and Shemar Moore’s storyline (including the addition of a governmental agency whose acronym is G.U.N.) the better.

Comparatively, Sonic 2 comes alive any time Sonic and Tails are called into action. The action bits are kinetic and dynamic, with the verve and thrill that stays true to the video game roots. Having Sonic, Knuckles, and Tails race for the master emerald is classic Sonic through and through. The towering Robotnik robot that shows up towards the end of the adventure, is sure to excite the child in most adults. In that regard, this film is a win, as fleeting as sequences such as that may be.

The best possible compliment of Sonic 2 is also one of faint praise: it’s cute. Time and time again the film proves itself plucky and cute enough to warm everyone hearts. Something of a feat considering the barrage of  VFX sequences and all the scene chewery it has to shout over. Nevertheless, it’s there. The interactions between the main furry trio are delightful and engaging. With an especially cute coda that hints at a much much better potential spin-off adventure. One where humans play little to no role in any events.

In the end Sonic The Hedgehog 2 is exactly what you expect and nothing more. For some, it’s a desperate cash-in movie sequel that favors a needlessly expanded runtime instead of character development. For others, it’s a rip-roaring rooting-tooting adventure film whose set pieces manage to be both thrilling and colorful. Not to mention the cute factor. Come for the ability to distract children for two hours and you might find yourself charmed by the cartoonish characters. Just don’t go in expecting high art. Not that anyone would dare mistake it for that.

Review: ‘Sonic The Hedgehog 2’ Overloads On Cuteness, Mania & Side Plots
60

Terror and the Truth Will Be Found in the ‘Rememory’ Trailer