REVIEW: Roger Ebert's Life Story Tells Us About Life Itself 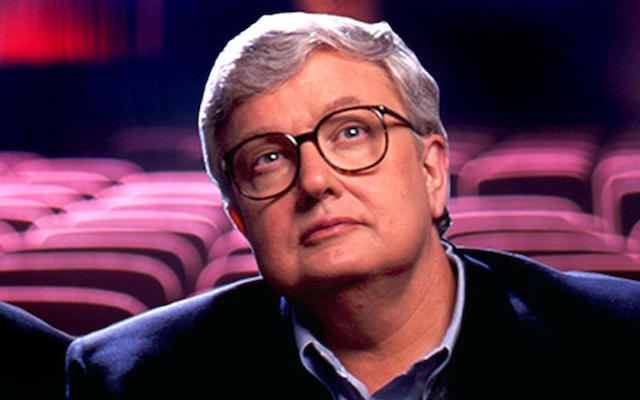 Having grown up watching film critics Gene Siskel and Roger Ebert on Sneak Previews, At the Movies with Gene Siskel & Roger Ebert, and Siskel & Ebert & The Movies, as well as many talk show interviews, it’s extremely hard for me to watch parts of the movie, Life Itself. Before his death in 2013, the Pulitzer Prize-winning writer had lost the ability to speak or eat normally due to the removal of his lower jaw as a result of thyroid and salivary gland cancer.

It was difficult enough recognizing the man from his cover photo on the 2010 issue of Esquire. But I nearly couldn’t stand to see him in motion with a pouch of skin dangling from the lower half of his mouth with a hole where bone should have been, in the biographical documentary, Life Itself. I eventually got used to this vision, and when the movie ended, I was left with an incredible amount of admiration for the man. The fact that he would expose himself to the public in such a state of decay speaks volumes about Roger Ebert and, well, his life itself.

Based on his memoir of the same name, Life Itself was in production during the final months of Ebert’s life. Therefore, the film takes advantage of footage and interviews with not only him, but also his friends and family. It was directed by Steve James, who made the documentary Hoop Dreams in 1994. I actually remember when Siskel and Ebert reviewed Hoop Dreams and how Ebert in particular raved about it. I wonder how he must have felt when he learned that James would be his documentarian, never mind that it would be produced by Martin Scorsese, among others.

I learned a lot about Roger Ebert’s early life from Life Itself that I didn’t previously know. Born in Urbana, Illinois, he developed an interest in journalism when he was in high school. At the University of Illinois at Urbana-Champaign, he worked as a reporter for the “Daily Illini” and was the editor during his senior year. He earned a master’s degree in English and was accepted as a PhD candidate at the University of Chicago. In 1966, he was hired as a reporter and feature writer for the “Sun-Times.”

When movie critic Eleanor Keane left the newspaper in April of 1967, Ebert got the job. A good deal of Life Itself talks about Ebert’s early days at the “Sun-Times.” He was apparently a big drinker and was always with a woman, sometimes for hire. Ebert quit drinking in 1979 and it’s interesting to me that his general pop culture notoriety began soon after that. In fact, it would have been during his early days of being sober that Gene Siskel became a co-host on Sneak Previews.

Quite a bit of Life Itself deals with Ebert’s relationship with Siskel, and those are the parts of the movie I enjoy the most. Besides bringing back memories, these scenes seem remarkably candid. But they also pack a second emotional punch when they discuss Siskel’s death in 1999 from brain cancer. He didn’t tell anyone but his closest family about his diagnosis, and Ebert was somewhat hurt by this. Siskel’s wife, Marlene, participates as an interviewee in Life Itself.

Life Itself is a must-see not only for any film critic or fan of Ebert’s, but also for journalists in general. The professional part of the story is enlightening. However, Life Itself is also a must-see for anyone who needs to be reminded of the strength of the human spirit. If a man who literally makes a living with his voice loses that voice, how does he continue? Roger Ebert demonstrated that it can be done. It’s not necessarily easy, as many scenes in Life Itself painfully show, but with determination, you can overcome the worst imaginable obstacles.

Life Itself is released on home video Tuesday, February 17.

Review: This Night is Rough, but at Least it’s Funny