Review: ‘Once Upon A Time In Hollywood’ Is Tarantino At His Most Nostalgic & Very Best 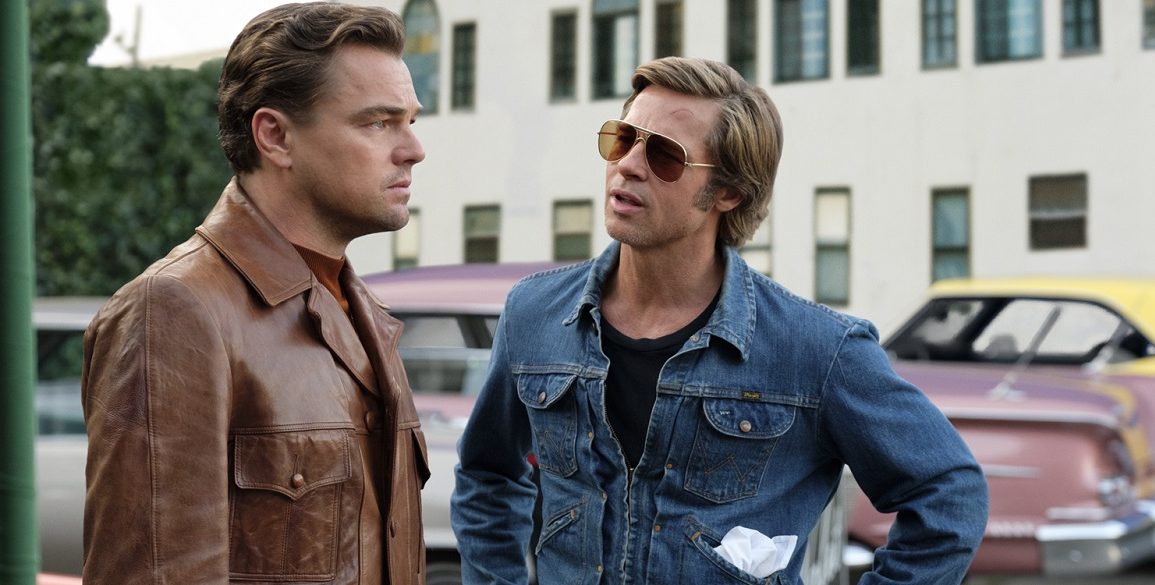 Language is the tie that binds everything together. The fabric that intrinsically weaves elements together into a beautiful tapestry. This isn’t specifically to single out vocal language, but the language of all things. Cinema. Music. Life. It’s something that Quentin Tarantino has excelled at, in all his films. Though most would argue only to various degrees. In that regard, Once Upon A Time In Hollywood may just be his magnum opus. At the very least, it’s a fine example of a master filmmaker spinning seemingly desperate parts into a transcendent whole. One that, love it or hate it, isn’t likely to leave your mind anytime soon.

In 1969 the world of film and television is in the middle of an overhaul. The cowboys of old have fallen out of favor, as the hippie movement sweets the world. Amidst all the rabble is Rick Dalton (Leonardo DiCaprio), once the pride of the small screen, who now only picks up guest roles as heavies. His stunt man turned best friend, Cliff Booth (Brad Pitt), drives Rick around & does odd chores at his house. Not out of convenience, but having burn a number of bridges in the past few years. Next door to Rick is Sharon Tate (Margot Robbie), an actress married to one of Hollywood’s most sough after directors. Growing accustomed to the lavish starlet let, she’s living the dream Rick so desperately wishes to recapture. Meanwhile, unbeknownst to them all, the Manson Family lurks deep in the hills. The trio navigate their lives as best they can, hurtling towards a night that will forever be etching in cinematic history.

That’s all that will be said about the plot. For Once Upon A Time In Hollywood unfolds at a narrative pace that most may find surprising. In fact at 165 minutes a few may call it languid. That isn’t it indicate that nothing happens. Instead, Tarantino takes his time focusing on the three leads. The way their lives overlap, mirror one another and are wholey different. All the while slathering the screen in all manner of decadent nostalgia. More than simply stitching together films of the past, he painstakingly crystalizes a moment of Hollywood that seems almost forgotten. The talky winding nature may throw some off. Those who’ve followed the director’s career though, know this hews closer to one of his other all-time best films: Jackie Brown.

Like his brilliant adaptation of Elmore Leonard’s celebrated novel, Tarantino finds the perfect setting to let his ID go wild. While other features in his filmography may be more showy, this feel most his speed. It takes its time, setting up various players, while drinking in the atmosphere and local, until it becomes etched into the viewer’s skin. The way it unfolds isn’t the only similarity it shares with Brown. There’s the flow of the dialogue. More than a few times Tarantino’s been lambasted for leaning into a certain conversational cadence. Yet it’s not one you fall into here. For as much as this is a work of alternate history, it definitely a place you want to get lost in. The neon signs, landmarks and winding streets all feel lived in, rather than merely half remembed locals.

Once Upon A Time In Hollywood is a blistering tale of emotional resonance. As one star is on the cusp of ascention (Shsron), another circles falling back to earth (Rick). At the core is a focus on friendship, the pursuit of fame, the ability to accept and embrace your flaws and mistakes, while wrestling with the concept of not only your own mortality, but the possibility of the world passing you by. From the artist perspective that last bit is big. Realizing the world may be passing you by and that it’s time to hang up your dusty Spurs. For people like Pitt and Tarantino, should this start the winding down phase, it’s a hell of a statement.

More than anything else though, this film is Quntien Tarantino’s love letter to cinema. From the verbage he casually slings around, recreations he fiddles with or the various detours the movie takes, it’s him bearing his soul, for a medium he holds so dear. As a matter of fact, there’s a good chance Once Upon A Time features more Easter eggs than most Marvel features, to date. This thing is brimming with reverence and adoration for a world long gone. In return he reminds everyone else why going to the theater is such a beloved past time. It’s a joy watching him get lost not only in the details, but bringing these characters to life. Even if the road before them is perilous.

At the end of the day Once Upon A Time In Hollywood is a stunningly and meticulously crafted film. Pitt and DiCaprio turn in two of their best performances, letting their natural charm carry a more complex than you’d expect, load. Robbie, in a role that pretenaturally has to be underwritten, shines. It perfectly and effortlessly captures, as well as recreates, a specific time in Hollywood history. Some minor  quibbles keep this from being a full-on masterpiece. Yet, so few in number are they, that they’re likely to fade upon future viewings. And this is a film that oozes with rewatchability. By shirking off some (not all) of his usual trademarks, Quentin Tarantino allows himself to make one of his best films to date. It’s a movie you won’t want to miss, let alone one you won’t soon forget. 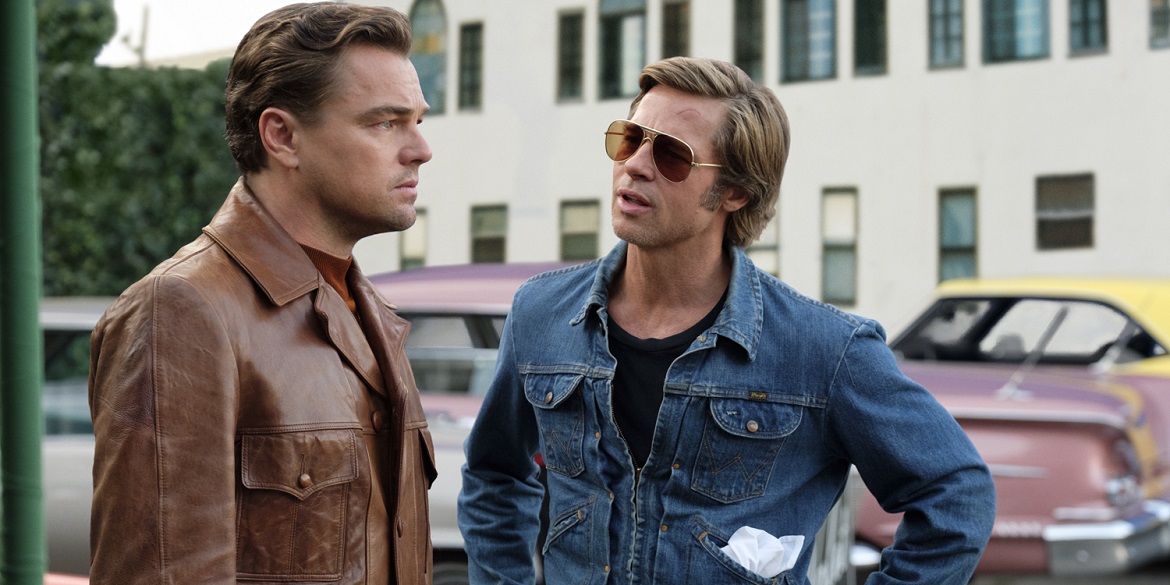 Review: ‘Once Upon A Time In Hollywood’ Is Tarantino At His Most Nostalgic & Very Best
90