Review: Matt Reeves’ Sprawling ‘The Batman’ Is A Comic Book Epic For The Ages 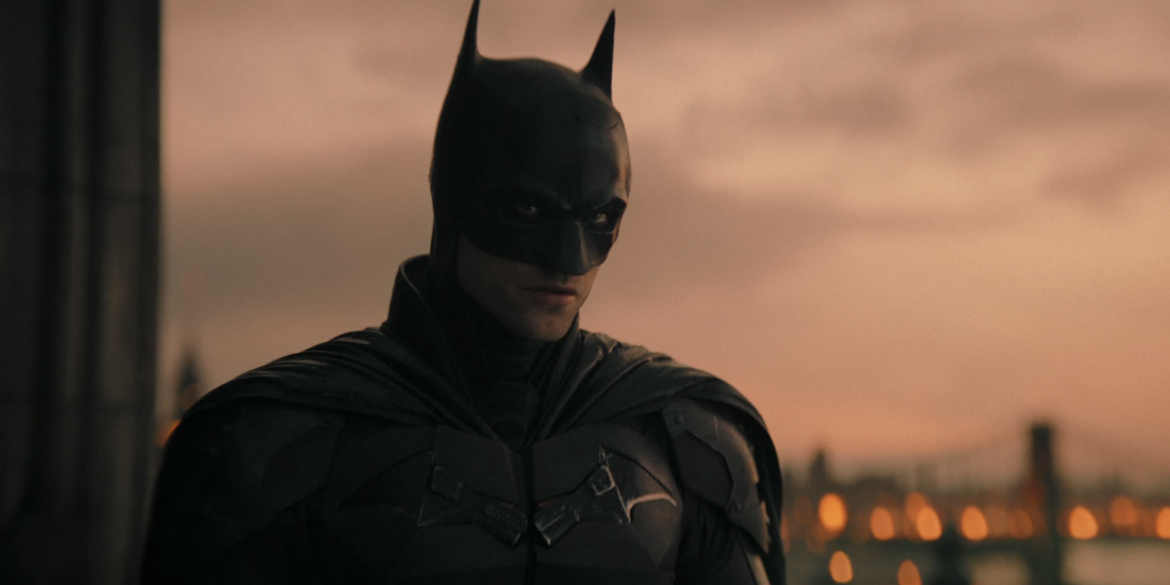 In a world where IP properties, reboots, and bloated budget features are the cornerstones to constant debates and online discussions, Batman weirdly manages to weather the storm and demand attention. Under the watchful eye of director and co-writer Matt Reeves, he suggests there might be something more to this character, that’s endured not just on the page, but on the big screen for almost 100 years. Part noir. Part procedural. All gothic. Plus a dash of horror. The Batman is a true epic of staggering proportions that might just be one of the best movies about the Dark Knight anyone has ever seen.

While it may not be a reinvention of the wheel, Matt Reeves’ The Batman is the kind of fine-tuning that makes people sit up and take notice. A breath of fresh air, in a superhero landscape where things were starting to come off as too much of the same thing. Familiar at first glance, that are so many surprises and chances the film takes to remind people why they get a thrill out of seeing movies in the first place.

At the start of the film, Bruce Wayne (Robert Pattinson) has been slowly turning himself into a nocturnal creature. Fighting a neverending battle bathed in the shadows of the city he feels the need to protect. Charting his journey in notebooks labeled “Gotham Project”, Bruce stalks his way through the streets of Gotham. Searching for proof he’s making some kind of impact. From the fear he strikes in the hearts of low-level thugs to the trust he’s earned in Lt. James Gordon (Jeffrey Wright). None of that though can prepare him for the crimewave about to be unleashed by The Riddler (Paul Dano). A methodical killer who uses elaborate traps and puzzles to slowly expose the seedy corruption polluting Gotham’s very core.

Smartly taking a page out of Spider-Man: Homecoming’s playbook, The Batman sidesteps the unimportant bits that have been done to death in the past. Instead, it jumps headfirst into his early exploits, as rough around the edges as they may be at times. A knack for wanting to be right and making the correct decision are still things he’s figuring out. Instances highlighted by his interactions with cat burglar Selina Kyle (Zoe Kravitz), mob enforcer Oswald Cobblepot (an unrecognizable Colin Farrell), and kingpin Carmine Falcone (John Tuturro). Each is a potential foil where he shrugs off red flags, in the face of getting the information he needs.

It should be noted the title isn’t a misdirect here, The Batman is the main attraction. The few moments where Bruce Wayne exists in the world are just Batman sans cowl. The inclusion is fascinating for how he connects or commiserates with others while under the mask. Especially when brushing up against the likes of Gordon and Kyle. Compared to the rest of the characters, those two feel closer to their traditional counterparts. Which has a lot to do with the energy and verve that Wright and Kravitz bring to their respective roles. They are only bested by Andy Serkis as Alfred Pennyworth, whose background informs part of Bruce’s crime-fighting prowess.

Pattison proves from the start that he’s more than capable of tackling the Dark Knight. He never does anything overly muscular with the performance, though that’s baked into the story itself. He’s a broken and battered soul. Given that he’s still starting and working through all the kinks, Pattinson’s disconnect works. Under the cowl he comes alive, striking a menacing and tactical figure.

Truth be told, as wildly different as The Batman appears on its face, it is the influences woven throughout to create the unique result. A film that feels somewhat separate from the current spat of comic book adaptations. That’s a good thing, mind you. The story itself feels like elements of Scott Snyder’s Zero Year and Jeph Loeb’s The Long Halloween stitched together into a monstrous and sprawling tapestry. One whose cinematic influences rin the gamut from Heat, Prince of the City, and To Live & Die In L.A. to Se7en, Zodiac, and Saw.

If any of those titles cause a bit of head-scratching, they aren’t thrown out lightly. The Batman is a full-fledged conspiracy mystery wrapped up in a serial killer thriller, that just so happens to feature a billionaire wearing a bat costume. Yet those inspirations work hand-in-hand with the energy Reeves imbues the film with. A tone that comes across best described as “anti-blockbuster”.

Any “new” Batman story worth its weight, can easily be judged by how it interprets the key tenants of the character and its world. Gotham. The Bat-signal. The Bat-suit. Reeves makes a few deftly brilliant choices that set his work apart from typical large-scale AAA titles. James Chinlund’s production design and Michael are sumptuous and gorgeous to behold and indicate money well spent. They also blend well with Grieg Fraser’s stunning rain-drenched cinematography. They never come across as gaudy, feeling more tactile and dangerous. Things lost when the visuals are just a jumble of CGI nonsense.

It also allows Reeves to engage in a bit of anti-spectacle, engaging in set pieces that aren’t over rigorously designed. Or engaging on a relatively small scale. Most of the fights or action beats on display are quick and over in a flash. Effectively showcasing Batman’s skills. This also leads to arguably the film’s longest and best sequence, in the form of a thrilling car chase, that’s equal parts claustrophobic and bombastic. Instantly cementing itself as one of the best of its kind.

Should all this praise sound as if it’s also perpetually dragging around a prolonged “but…”, you’d be correct. Because there is one. This may seem like a strange compliment to toss out, but The Batman isn’t perfect. It’s a studio-made IP-driven “reboot” released in 2022, there’s bound to be things to pick at. A runtime of 176 minutes, is a bit hard to swallow. Regardless of whether you think the film is good or bad. Then there’s a late-in-the-game scene that’s sure to be met equally with excessive eye-rolling and extensive fawning. A side effect of existing in a time where no comic book movie is ever one-shot, but the first of a potential franchise.

At its core, The Batman comes across as the best distillation of the comic book character that’s graced the silver screen, in a long time. That might irk some purists or those who prefer vampire efforts. Yet this version just works. Matt Reeves and Robert Pattinson have crafted a compelling, sprawling, and truly epic tale. Batman is dead. Long live The Batman.

Review: Matt Reeves’ Sprawling ‘The Batman’ Is A Comic Book Epic For The Ages
90

Can You Survive the Alien Onslaught in the Debut Trailer for ‘Revolt’?