Review: ‘How To Build A Girl’ May Be Funny, But Is Just As Lost As Its Lead Character 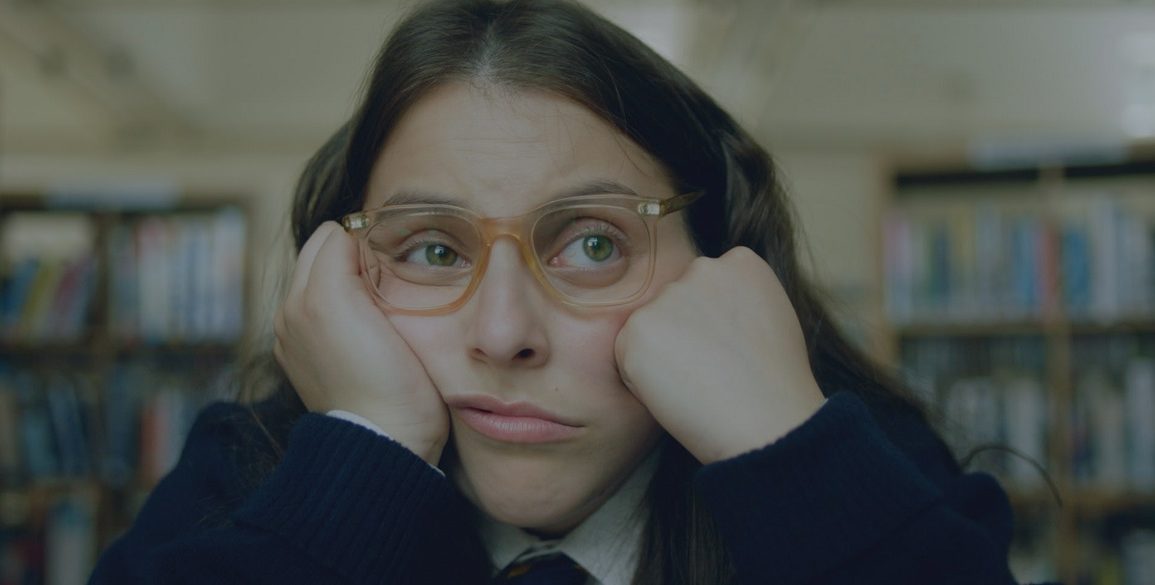 Growing up is hard to do. All the books, movies, television shows, songs and sky writing in the world, says that. So what does it take to make an original work that hits this mark in 2020 and makes a lasting impression? That’s a question at the heart of Coky Giedroyc’s How To Build A Girl attempts to answer. Attempts being the key word, as Caitlin Moran’s adaptation of her own bestselling novel, is as endearing as it is frazzled. In essence that may seem like an accurate depiction of your average high schooler, but as it’s presented here, it just seems generally confused. If it weren’t for the central performance of breakout Beanie Feldstein, things would fall quite easily. Thankfully, she keeps this from becoming a slough, making way for a breezy, relaxing distraction of a moive.

Johanna Morrigan (Feldstein) is your typical awkward and seemingly smart teenager, frantically in search of an identity. Or at least the kind of identity that will garner her popularity and the attention of boys. She spends an abundance of her time conversing with the photos of famous historical figures, that adorn her bedroom wall. For good reason to, as her family flat is overrun with siblings. Her brother Krissi (Laurie Kynaston), belongs to the “cool room”. Her dad (Paddy Considine) dreams of someday still becoming a rock star, while breeding border collies and collecting disability. Then here’s her mom, buried under the weight of a depression brought on by the recent birth of twins. A character trait that hangs around her neck like an albatross and the film just shrugs at.

After choking on local television, where she appeared to recite an original poem, she desperately seeks a new outlet, for her unbridled creativity. As luck should have it, a local magazine is searching for a music critic position. Upon finding out her interview was merely a joke, she stands up for herself and lands a concert gig. Yet, still the pull of doing something that’s not decided ‘her”, sits on her shoulder. As she puts it, “I don’t have any clothes for who I need to be!” Knowing she needs to make an immediate impression, the identity of “Dolly Wilde”.

Getting a taste for the music scene and the money it provides her family, she demands the opportunity for a feature piece. This puts her face-to-face with rocker John Kite (Alfie Allen). A ball of nerves, her raw naivete and gumption is seen as fresh to John, who takes her out to see “the world”. Johanna is instantly smitten, as they both open up to each other and lets it cloud her writing. Her editor chides the piece and fires her. Instead of this being a death knell, it incites her to dig deeper into the persona of Dolly. She becomes a demon of a critic, chiding any and all musical acts that cross her path. From there you can guess where her meteoric rise goes, when it comes to those she cares about and adores.

For the most part, How To Build A Girl almost feels like a relic. Made in 2020 and set in the 90’s, it feels in line with “finding myself” comedies that came out in the mid-90’s. There’s more than a few montages. Ribald humor that never fully dips into the disgusting or scatological. Sexy hijinks for sake of sexy hijinks. As well as the cherry on top: a gaggle of cameos. This thing is tacked to the gills with cameos, from a number of famous British actors. Chris O’Dowd, Emma Thompson, Jameela Jamil, Michael Sheen are just a few that pop up. Though they’re varying degrees of humorous, they distract from the overall pull of things. It distracts from Johanna’s growth, along with a clear distinction of what the point of it all, happens to be. Events transpire without much consequence. Something that hearkens back, again, to the 90’s feel.

The heart of the film is Feldstein. Coming off the success of both Lady Bird and Booksmart, the film cements as a star. Here she fully transitions from dependable co-star to leading lady. Her accent may be a tad spotty to the ears at times, but that in no way diminishes the work she puts into the part. How To Build A Girl shines because of here and would be more of a footnote without her contribution. Well, that and the oh so solid turn from Considine. Considine plays a part that’s been done literally hundreds of times, but brings a warmth an jovialness to it, that you rejoice every time he appears on screen. Everyone else feels either wasted or relegated to too little screen time. Even Allen, who has a nice little performance, only gets 5 minutes to make an impression.

The lack of interesting characters, comes at the expense of pacing. There’s plenty of passages that go by way too fast. Dolly’s rise to stardom, her sexual awakening, even groupie-dom, occur in a span of less than five minutes. Almost as if Giedroyc was told the film needed to fit a time easily digestible for broadcast television. Moran herself should be partially (possibly unfairly) to blame, since she should be familiar with her own novel. What can be conveyed with room to breathe on the page, feels oddly formulaic here. While Johanna tumbles, it comes off as if she learns from her lessons or faces consequences for her actions. Stating that may seem simplistic, given the gravity of situations on the final act. That’s understandable, there is a weight that’s alluded to, but never explored. Glossing over things, again, to get things back to a chipper status quo.

How To Build A Girl never truly skirts the edge of being boring, merely flirts with it. Yet just as the chips seem down, a couple of sequences pump life back in. Like Johanna herself, the film switches between 3-4 identities, rendering it a passably enjoyable time, rather than something truly special. There’s elements in the fringes that are worthy of introspection. Ones pushed aside, in favor of flashier moments or a quick laugh. That it’s able to entertain a good deal of the time, is a testament to the players involved, rather than overall execution. The final message, coming literally in the closing moments, is a hopeful one. Something many viewers will remember, more than the narrative that proceeds it. There’s probably no better embodiment of a light and so-so film, wanting to make its mark. Even Dolly herself, would be tempted to give this one a scathing review. 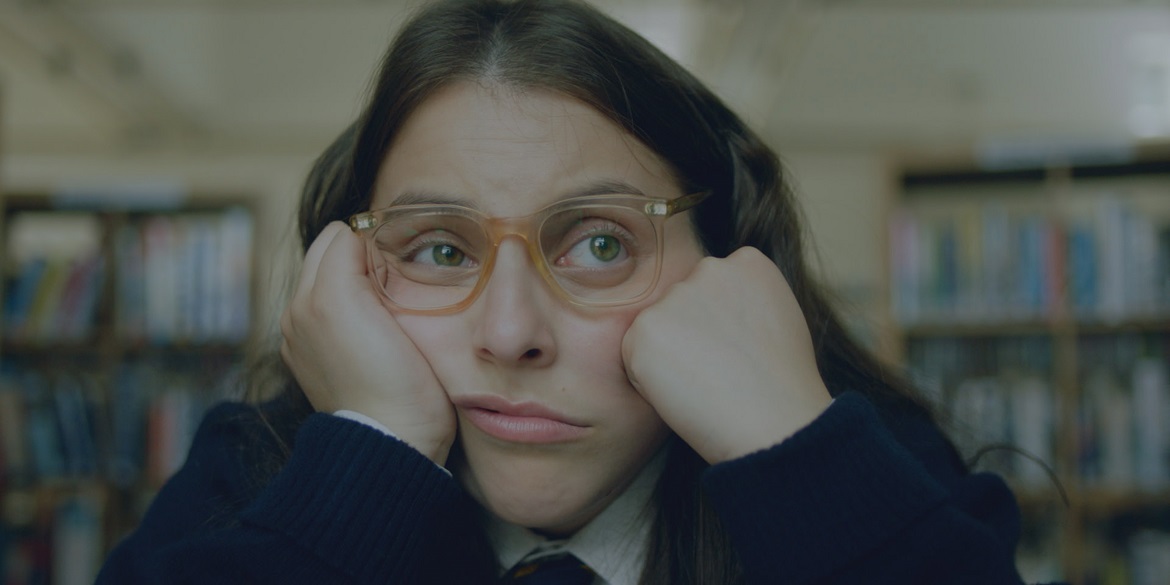 Review: ‘How To Build A Girl’ May Be Funny, But Is Just As Lost As Its Lead Character
65