While watching Hidden Figures, something dawned on me that, in my nearly half-century of movie-going, I’ve never realized.  Previously, I’ve criticized a movie because of the suspense it tries to generate toward a known outcome.  If you know how the movie ends because it’s based on a true story, how can it be truly suspenseful?  Well, maybe it’s not for our benefit, but for the benefit of the characters.

During the movie’s climax, astronaut John Glenn (Glen Powell) experiences technical difficulties while orbiting Earth in the “Friendship 7.” We all know he’s going to make it home safely, even if it’s only because we’re aware of his recent death.  However, the characters don’t know that.  The situation is suspenseful for them and the outcome unknown.  Further, it’s what the characters have endured to get them to that point that makes us not only empathize, but care. 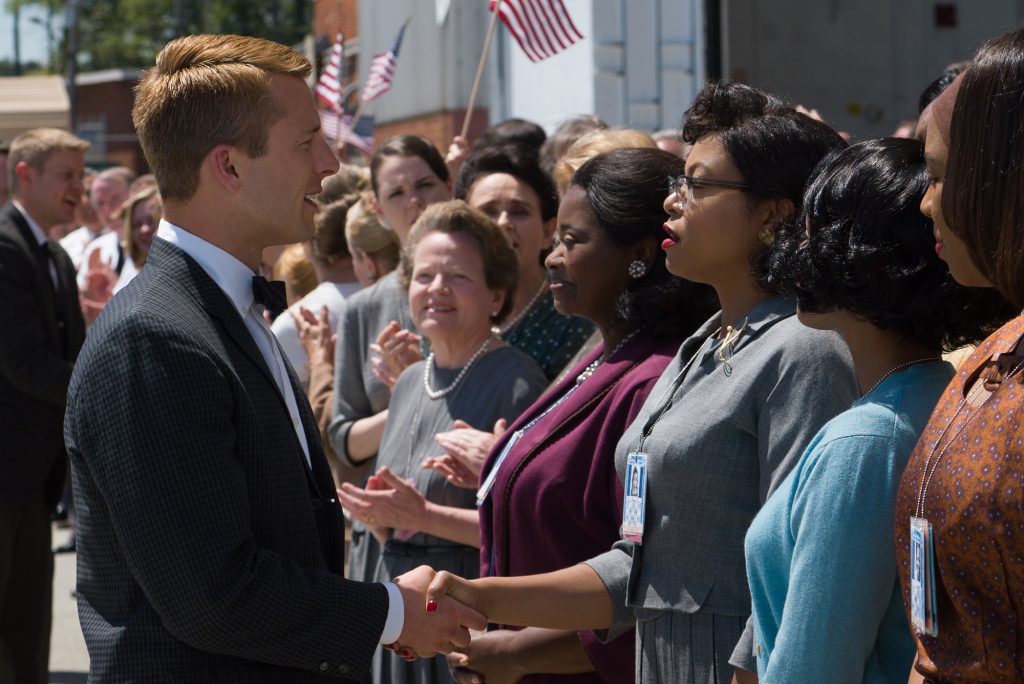 Katherine G. Johnson (Taraji P. Henson), Dorothy Vaughan (Octavia Spencer) and Mary Jackson (Janelle Monae) have two strikes against them in the late 1960s: they’re not only black, but they’re also women. The former confines them to the segregated “West Area Computers” division of Langley Research Center and the latter denies them any credibility toward advancement in their jobs.

This was a time when IBM was only introducing giant mainframes and, even so, no one knew how to program them. “Computers” were people, not machines, who, among other things, crunched numbers to calculate flight trajectories for NASA.  Desperate to win the “space race” with Russia breathing down their necks, Al Harrison (Kevin Costner), director of the Space Task Group, takes a chance on Johnson, who becomes integral to the mission’s ultimate success. 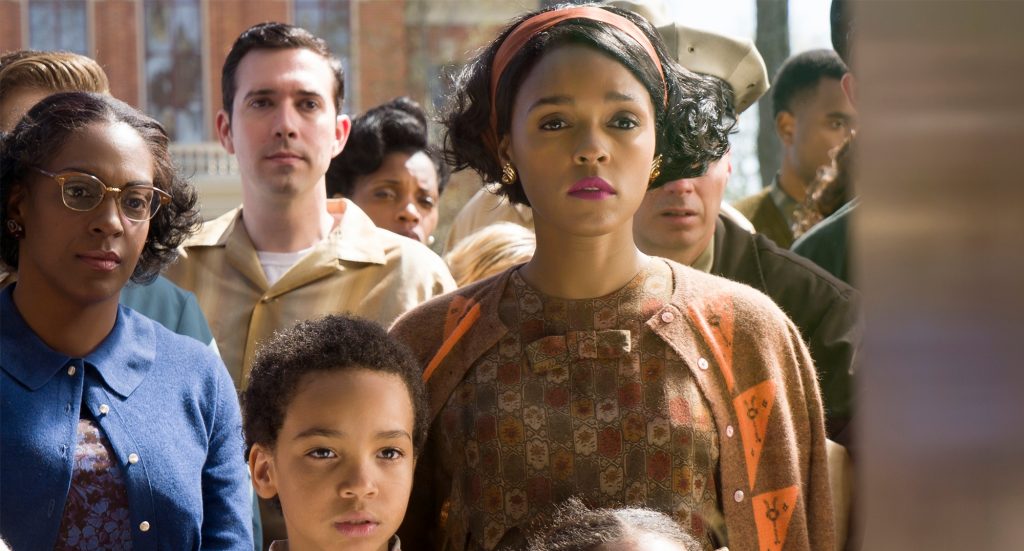 The three women are terrific in their roles, walking a fine line between the “sass” we’ve come to expect in movies that feature strong African-American characters and the “we are women, hear us roar” mantra in movies that feature female underdogs. Only once does Hidden Figures flirt with a joyous, dance and wave our arms above our heads scene, typical of movies that feature primarily female casts.  In other words, it’s restrained.

Plus, the movie is so darned entertaining! Based on the book (a true story) by Margot Lee Shetterly, written by Allison Schroeder and Theodore Melfi, and directed by Melfi, it truly works against any preconceived notions or expectations you may have about it.  Melfi did the same thing with his last feature film, which was also his first, St. Vincent.  The set-up was conventional and familiar in every way, but the execution was new and unique.

The name and poster for the movie are awful. Nothing about them made me want to see Hidden Figures.  Don’t judge a movie by its package, though.  When you hear in the TV ads that people love it, you can believe it (for once).  Compelling and funny, with sharp writing and direction, and a likeable cast delivering moving performances, it’s the closest a movie comes to being a sure thing.