Fantasia [Review]: ‘For the Sake of Vicious’ Stumbles A Bit, But Succeeds When It Becomes A Blood-Soaked Nightmare 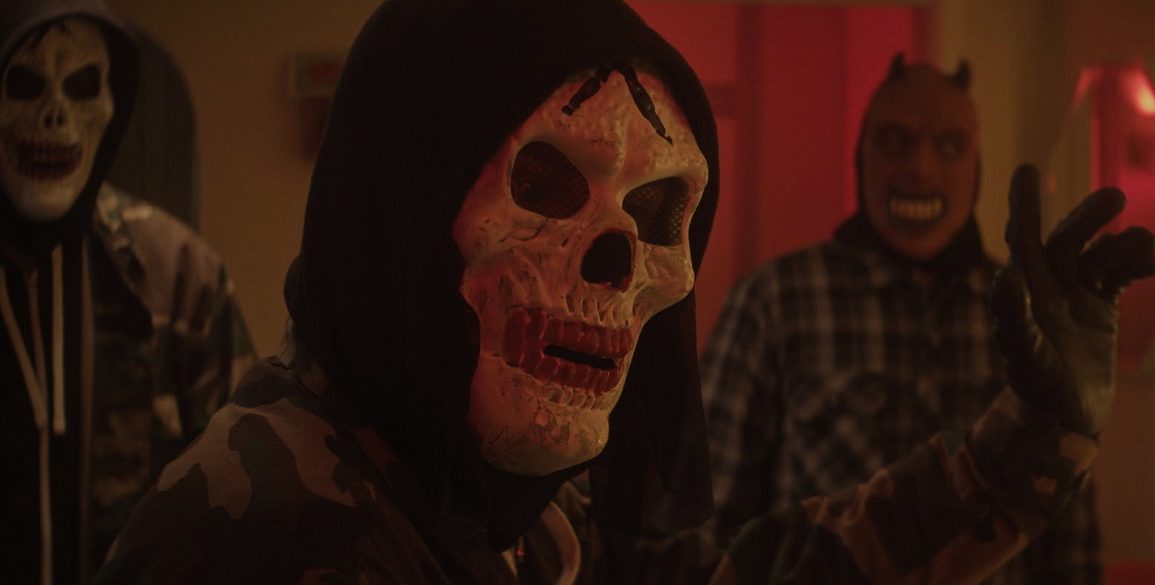 Every year, like clockwork, a movie taking place on Halloween arrives, hoping to walk away with the title of “new holiday classic”. Announcing yourself as such is an ambitious and foolhardy endeavor. Often these films sacrifice either story or logic, in order to focus on bloodshed and carnage. A gamble that rarely pays off. Often the results are a dime a dozen, with most feeling like a waste of time. Though it largely begins in that last camp, For The Sake Of Vicious reveals a striking kinetic force from within, turning into a no holds bloodbath that’s worth recommending to friends. As long as they have a fair bit of patience to spare.

After a long shift at work, nurse Romina (Lora Burke) is ready to go home for a quiet Halloween night. Unfortunately, she arrives home to an unexpected sight: a bloody and unconscious man on her floor, as well as a wild-eyed man standing over him. At first just appearing crazy, Chris (Nick Smyth) reveals he’s come to Rominia’s house both out of desperation and a plea to help him. One that would allow him to get revenge. Turns out Alan (Colin Paradine), on the floor, has perpetrated a terrible act, ruining Chris’ life in the process. What neither is prepared for, is the torrent of violent thugs, who are about to descend upon the house.

That’s basically all there is to the story. The central mystery, as to the bad blood between Chris and Alan is slowly revealed, but doesn’t amount to more than a grindhouse trope. Romina’s connection is tenuous at best, only loosely tied into things, save for needing a mostly innocent and naive person in the mix. Meanwhile, an associate of Alan’s has and to make the night difficult for everyone. None of the people here are real characters. Just stock archetypes with which to move the story along. That in and of itself isn’t a bad thing, the lack of humanity or agency given to them is.

For a movie that’s only 80 minutes long, For The Sake Of Vicious takes quite a long time for things to kick into gear. As presented, it’s hard to tell if directors Reese Eveneshen and Gabriel Carrer make the decision due to budgetary constraints or a bad judgement call. The story is front loaded with choices like unpolished pace, pregnant pauses, extended flashbacks where dialogue would suffice. The split between whats good and bad here literally comes halfway through the film. Making it all feel like this would have worked better as a short. What with the second half brimming with creative and effectively set bursts of violence. The divide is too great not to notice. For while all the droning and dialogue early bogs things down, the moment the mask-donning goons show up, is when things really come to life.

In waves, cronies of all sorts begin to invade Romina’s house, with her, Chris and Alan grossly outnumbered. Armed with a gun, a crowbar and various kitchen accessories, the trio tries to survive as long as they can. Fights spill out into tight hallways, cramped bathrooms and a kitchen whose walls turn from being to red, almost immediately. There’s a hammer gag that will make people wince while uncomfortably laughing. The FX work by The Butcher Shop FX Studio is just that good. It’s not just that one moment though. The various ways in which blood is sprayed and bodies dispatched, will have audiences howling.

For The Sake Of Vicious unfolds like an inverse Mandy, crossed with a less pointed (or focused) Green Room. From the various action beats, the lighting, bikers and score, it’s clear what Eveneshen and Carter are striving for. A shame that it starts out leaden, clunky and meandering for larger chunks than can be overlooked. A case where the faults almost start to overshadow the extremely solid that follows. Thankfully, the film finds its groove and manages to craft a tight little thriller. With enough gore and strangeness to potentially turn this into a midnight hit. It’s not perfect by any means, yet once it sinks its claws into you, there’s no escaping the tense, magnetic and bloody pull it has to offer. 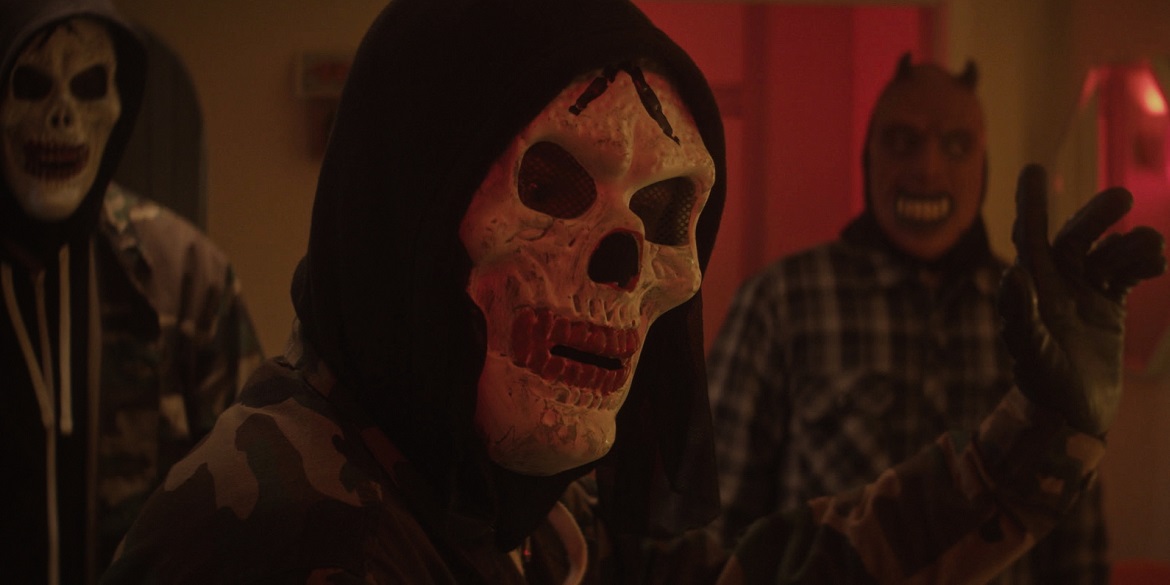 Fantasia [Review]: ‘For the Sake of Vicious’ Stumbles A Bit, But Succeeds When It Becomes A Blood-Soaked Nightmare
68