The new movie Equals is an exercise in restraint, both within the story itself and with how it is told by the filmmakers.  The story takes place in a future where experiencing emotions means you’ve contracted a fatal illness.  Some people choose to live as “hiders,” keeping public displays of their feelings a secret from the rest of society.  Consequently, how this story is told is perhaps necessarily emotionless, never quite granting its audience the catharsis it needs.

Equals is like Logan’s Run with none of the action.  Late in the movie when Silas (Nicholas Hoult) and Nia (Kristen Stewart) decide the only way they can be together is to flee, it’s not because they’ve turned 21 and the crystals in their palms are flashing, it’s because they want to be free to express themselves.  Besides, they’ve already broken the law by “coupling,” which means certain incarceration and possible death. 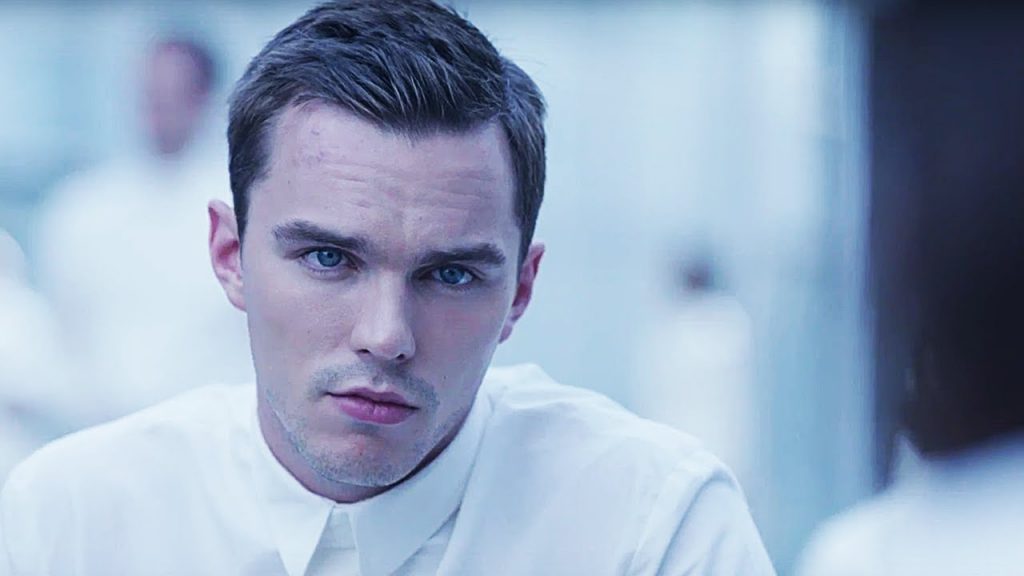 We don’t know how or why the natural state of humanity in this future is emotionless, but we do know that “Switched On Syndrome” is treated with medications to curb blossoming feelings and that, in general, it’s not something people fight. Everyone seems to agree SOS is a disease they don’t want to get.  This keeps the movie from, number one, having a particular villain against whom there can be an uprising and from, number two, being a typical sci-fi adventure.

It’s strictly drama in Equals.  The suspense is subtle, coming mostly from the internal source of the characters rather than from the external source of the situations.  Tension builds quietly as Silas and Nia cautiously move closer to physically touching each other, not from them being running while being chased.  However, I never felt an emotional release when they let loose their inhibitions and exploded into passion.

This would have to be because of either the actors or the direction. Hoult is terrific; I felt his pain.  And while you’d think this would be a perfect role for poor Stewart, who has a reputation for emotionless acting, I didn’t quite buy her skills at “hiding.”  Moping is an emotion, and she isn’t very good at hiding that.  You’d think Nia would be exposed before Silas.  Conversely, when she finally lets loose, she doesn’t express enough joy or satisfaction. 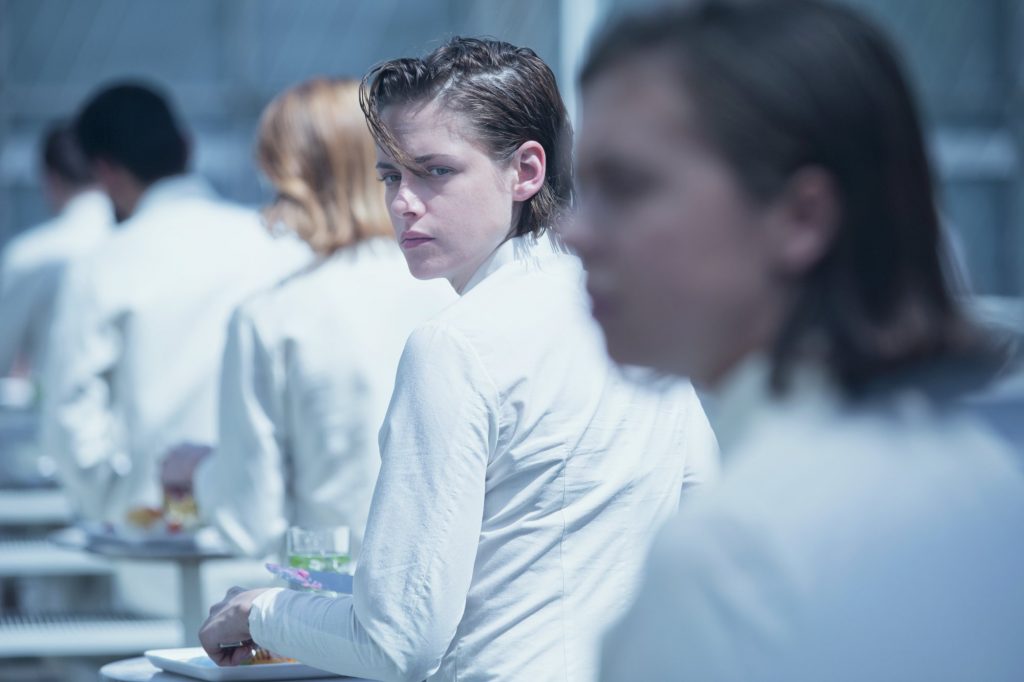 Drake Doremus (Like Crazy) directed from his own story, written by Nathan Parker (Moon).  It must have been a creative decision to mirror the mood of the movie with the mood of the characters.  However, the scenes during which Silas and Nia finally become intimate are cold and clinical.  On one hand, the director should be credited for sticking with his vision.  On the other hand, this limits the connection you can make with the movie.

None of this is to say I didn’t like Equals.  If I’m to recommend it, though, I need to know if you’ll be content with an intellectual tale without an emotionally satisfying payoff.  Are you happy being only an observer, not a participator?  If you’re someone who resents movies strategically calculated to manipulate your feelings, this movie is for you.  But if you prefer the roller coaster over the merry-go-round, it’s probably not.