Marvel has done it again! I don’t know how they can continue to dig as deep as they do into their rich history of comic book heroes to make yet another origin movie that’s as good as the last.  They must have a magic formula as powerful as anything Doctor Strange can conjure himself.  It’s not just as simple as the stories being entertaining; it’s also their unique ability to make each character as important in their cinematic universe as any other character.

Therefore, you get movies about Iron Man, Thor and Captain America that are as significant in their universe as Ant-Man, Guardians of the Galaxy and, now, Doctor Strange. It’s quite an achievement.  Granted, I haven’t liked all their sequels, but the origin stories themselves have been consistently solid.  There’s not a failure in the bunch.

Of course, one man’s Hulk is another man’s Black Panther. Who’s to say who’s an A-list or a B-list superhero?  If you’re a fan of Doctor Strange, this is the movie you’ve been waiting for.  If you’re not, this is the movie you didn’t know you were waiting for.  This is all a long way of saying, whatever your familiarity with the “Sorcerer Supreme,” you’re going to find he’s been given the same love and attention as any other Marvel character… and you’re going to like it.

The first third of Doctor Strange is familiar.  We’re introduced to the main character; here, Dr. Stephen Strange (Benedict Cumberbatch).  We get to know a little about him… what personality strengths and weaknesses he has that will complement the powers he’s about to obtain.  Here, he’s a brilliant and cocky surgeon who, ironically, loses the use of his hands in a horrible automobile accident. 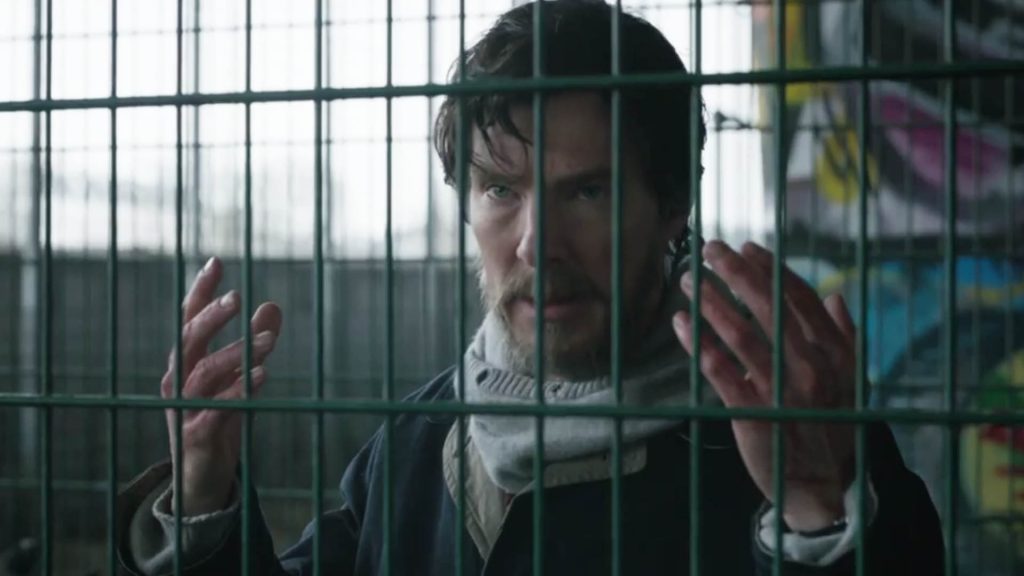 The strengths of his personality indicate that he’ll do anything he has to do to heal his broken body. The weaknesses of his personality indicate that he’ll do it selfishly, without regard for the responsibility his powers give him.  The script by Jon Spaihts and Scott Derrickson & C. Robert Cargill is persistent about making sure we understand the contradiction, but never in a way that feels heavy-handed.

The second third of Doctor Strange is not as familiar.  Except for Steve Rogers in Captain America, most Marvel heroes have power thrust upon them.  However, like Rogers, Strange is a voluntary participant.  Once he gains his powers, though, the story becomes familiar again as he goes through a period of learning how to use them.  It’s hard at first, he makes mistakes, but eventually he embraces them and they embrace him.

The final third of Doctor Strange is simultaneously the most familiar and the most unfamiliar.  It’s familiar because this is the part of the movie where the hero fights the bad guy(s).  It’s unfamiliar because this is the first time we’ve seen a superhero with this kind of weapon in his arsenal: magic.  Strange uses books of spells, but instead of speaking or chanting them, he swirls his hands to conjure them in sparkly light displays.

With magic, you’re not limited to what can be done in real life (if you consider the things that happen in the Marvel Cinematic Universe to be “real life.”) The only limit is your imagination, so if there is a mirror universe that normal humans can’t see, or if you want to cause physical matter to reform itself in scenes that unfold like M.C. Escher meets Inception, you can do it… no questions asked.

These magical (literally and figuratively) qualities about Doctor Strange make everything with which we’re tired and familiar seem entirely new and exciting.  Besides, the special effects are mind boggling.  I never thought I’d write these words, but you should absolutely see the movie in 3D.  Yeah, the picture will seem darker with those damned glasses, but the subject matter is a little darker, so it’s worth it for times when otherworldly (literally and figuratively) scenes are depicted.

Another common feature in Marvel origin stories is the woman. Tony Stark has Pepper Potts.  Thor has Jane Foster.  Doctor Strange has Christine Palmer (Rachel McAdams).  Again, the script wants to be sure you know they have a “past” and uses the character to point out Strange’s flaws.  The relationship is never sappy, though, and becomes quite humorous late in the movie when Strange is hopping through portals and going on out of body experiences.

Doctor Strange is also effective in layering its mythology.  Both the wise mentor, The Ancient One (Tilda Swinton) and the villain, Kaecilius (Mads Mikkelsen), are connected to the evil force that threatens Earth.  The secrets involved with this connection threaten to destroy the internal structure of “Sanctum” protectors in three cities (Hong Kong, London and New York City), primarily Mordo (Chiwetel Ejiofor).

Meanwhile, the quiet librarian, Wong (Benedict Wong), becomes to Doctor Strange what Groot is to Guardians of the Galaxy: a hilarious sidekick who unexpectedly kicks ass.  Even though the subject matter is sometimes dark, there’s humor in all the right places.  A few jokes fall flat, but probably because I had already seen them a hundred times in the trailers and commercials preceding the movie’s release.

I remain waiting for the day I can really complain about a Marvel origin movie. This isn’t it.  It turns out the formula isn’t magical after all; they’ve just found one that works and they keep using it.  If that was all there was to Doctor Strange, I might feel differently.  As long as there’s enough of something new, these movies continue to feel fresh.  Forget all this dissection, though.  Sometimes all that matters is that they’re entertaining.