Review: ‘Dear Evan Hansen’ Is An Utter Disaster Masquerading As An Inspirational Revelation 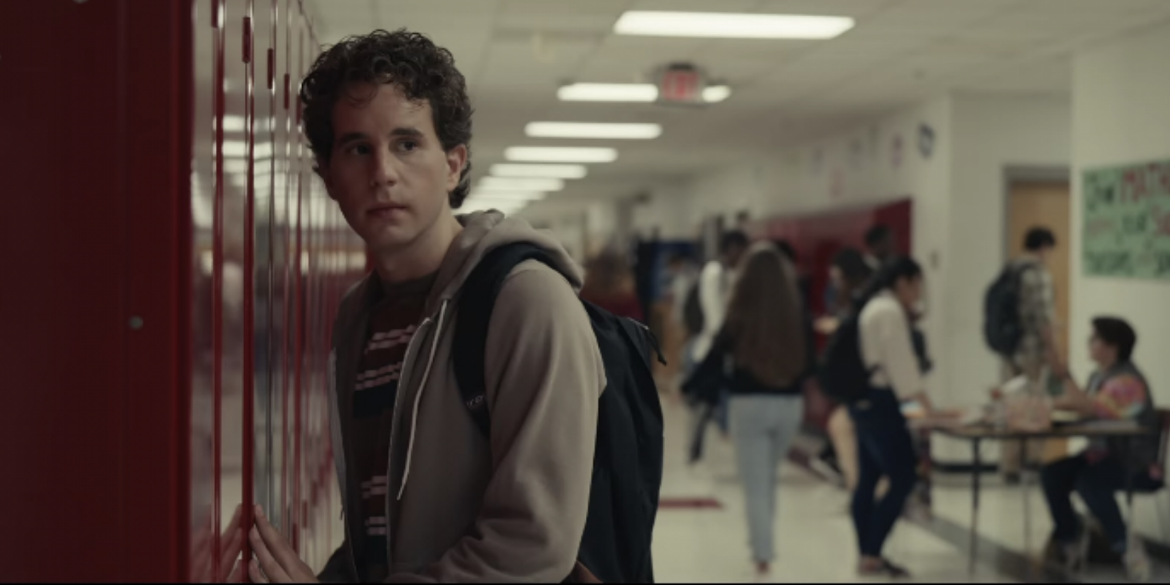 In theory, the adaptation of a Broadway smash hit should be the apex of that musical’s life. The ability to make a beloved show -by those lucky enough to have seen it- and bring it to the masses in a tricked-out, glitzy to the max spectacle is the sort of thing people dream of. Most of the time it matches exactly what you’d hope. Other times, when the show itself isn’t exactly “great” things can turn out a mess. Then there’s Dear Evan Hansen. A show that has been just as embraced as it has been maligned, that when transported to the big screen just highlights every false note and problem it contains. It would be a parody of itself and enjoyable in a “so bad it’s good” way if it weren’t so busy being “so bad it should end people’s careers”.

The story at its core is relatively simplistic, while also coming off as more creepy than sweet in execution. Evan Hansen (Ben Platt, reprising his Tony award-winning role) is an anxious high schooler who lives with his single mother (Julianne Moore, giving more than the film deserves) who works tirelessly as a nurse. Juggling with a bevy of anxiety issues, Evan takes multiple medications, that appear to be stashed throughout his home. On the first day of school, he runs a fowl of classmate Connor Murphy (Colton Ryan), who is prone to outbursts. Well, runs into him twice, to be honest. The second time, Connor intercepts a letter entitled “Dear Evan Hansen”, part of Evan’s ongoing therapy, which sends him off the rails. Startled and confused, Evan heads home hoping the letter doesn’t appear online. Unfortunately, things are far worse.

The following day he’s called into the principal’s office, to speak with Connor’s mother and step-father (Amy Adams and Danny Pino). It turns out the troubled teen took his life the previous night and the only item found on him, was Evan’s letter. His family, expectedly distraught and searching for answers hopes that Evan has something. Letting the moment overwhelm him, he launches into a lie with both expected and unexpected consequences. As well as putting him directly in the path of his unrequited crush, Connor’s sister, Zoe (Kaitlyn Dever). After an emotional speech given at a memorial goes viral, Evan finds himself with with attention and a life he never dreamed of.

On the surface, there’s something familiar and basic about the story here. Mistaken identity, blossoming love, and a central figure trying to stay one step ahead of the initial lie they agree to. The difference here is that it’s framed around a story dealing with mental health issues, the nature of grieving, and some truly terrifying makeup. There is a world where the elements all mesh together against all odds. Not here. Director Steve Chbosky’s direction feel stilted and disjointed. A far cry from the stellar work he did in Perks of Being A Wallflower. In a sense, this film feels like the tonal opposite of that one. What purports to be an insightful examination into the teenage condition, is in reality a garish and manipulative tale with questionable morals.

You could forgive a fair amount of problems that plague Dear Evan Hansen, if the music surrounding everything was compelling. Unfortunately, Benjamin Pasek and Justin Paul’s songs have a samey quality to them that comes off as a tad distracting. When they do hit, either the message comes off as ghoulish or feels like a retread of their past work. As moving as many may find “You Will Be Found” (and it is somewhat effective here), it’s basically a play on their “This Is Me”, from The Greatest Showman. The similarities don’t necessarily diminish the other, just that it is a bit odd. At least it’s better served than the jaunty “Sincerely Me” that plays a disturbingly ghoulish situation for laughs.

Out of all the songs, however, it’s “The Anonymous Ones”, written exclusively for the movie by Paul, Pasek and co-star Amandla Stenberg, that’s the most complete. Quiet and somewhat reserved, it is one of the only instances in the film where someone else opens up about their struggles with mental illness, anxiety, or depression. For a moment, there’s an examination that’s not cloying or demeaning sympathy. That it lasts for less than three minutes is more than telling about everything that surrounds it.

Simply put, as a film Dear Evan Hansen is not good. It’s stilted, edited strangely, can’t find a rhythm to its music, and feels as if there are chunks of story that have been excised for no reason. Its lead actor is caked with so much make up and an off haircut, that you can’t notice anything else when he’s onscreen. As a “message movie” Dear Evan Hansen is worse. Using saccharine generalities to manipulate the audience to feel sympathetic for the lead character and alienating the people he uses, whether intentionally or unintentionally. Never really caring if the actions anyone takes are deserving of any consequences or introspection.

This is a movie that uses mental illness as a prop. Where a fake “friendship” happily trivializes the suicide of one character, to make another seem just super keen. Filled with scenes of people actively active against how events say they should behave. Then later, views a person openly lamenting not having the words to say sorry and wanting sympathy, as the equivalent to an apology and admittance to the terrible things they’ve done. Each and every instance where genuine emotion or examinations could be made, instead is bathed in the most maudlin sentimentality imaginable.

And yet, despite numerous missteps, there are plenty of people who will be moved by Dear Evan Hansen. Those who loved the musical will find a large and bombastic film that likely scratches a particular itch. The same goes for a subset of people who believe to see their anxiety, struggles, and life represented. The problem is, they deserve better. Everyone, for that matter, deserves better. At a time where people are wanting to destigmatize mental illness, this isn’t the answer. This cannot be the answer. At worse it just reinforces the bias and alienation that so many are desperate to break away from. Dear Evan Hansen is bad and the first step on the road to recovery is admitting and recognizing this. Only then can the healing process begin.

Review: ‘Dear Evan Hansen’ Is An Utter Disaster Masquerading As An Inspirational Revelation
30