Review: ‘Archive’ Is An Enthralling Yet Partially Hollow Sci-Fi Spectacle 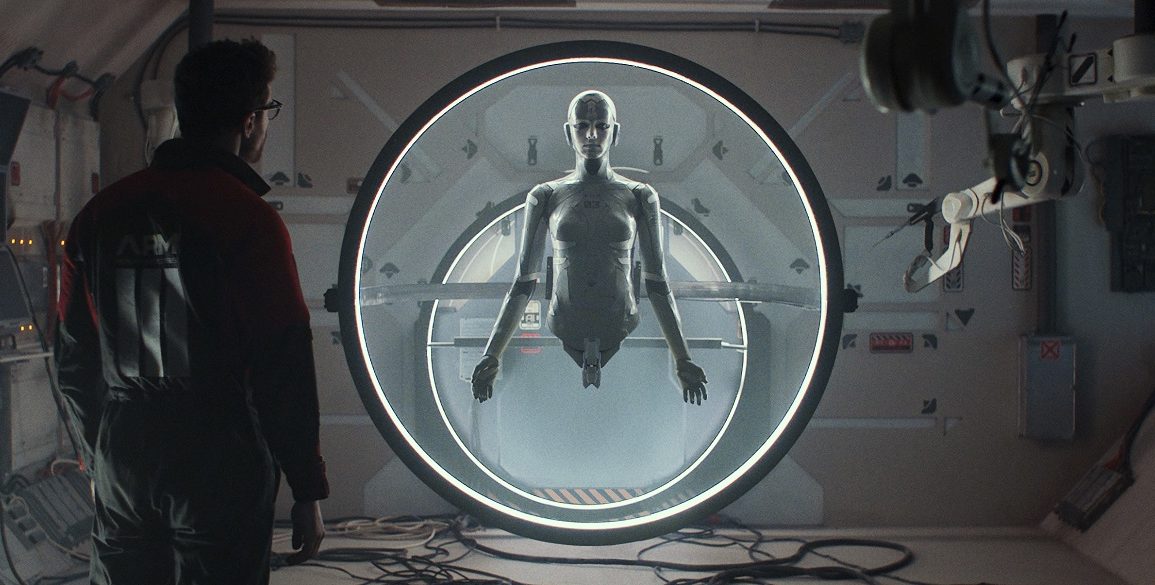 From one aspect or another, the Sci-Fi genre has always been a window into the human soul. What humanity could be. What technologies govern our lives. How, as a society we are destined to come together or be torn apart. Even the most basic of stories, have this at their core, in one way or another. In a visual medium, sci-fi is an excuse to paint a lavish picture and asking some fantastic philosophical question, at the same time. At least, in theory. Sometimes trying to strike a chord between the two can lead to intriguing, if not altogether great films. A place that Archive firmly finds itself in. Not perfect by any means, but a ride still worth taking.

In the distant future of 2046, the world has found a way to ease the loss of a loved one. The Archive program allows individuals to project their conscious, from within a large black box, for a few hundred hours, before crossing over. A way, for many, to delay the inevitable suffering. For robotics engineer George (Theo James), it’s an opportunity to attempt to play God and save the memory of his late wife, Julie (Stacy Martin). One with a ticking clock, as company representatives (Toby Jones, Richard Glover) are days away from collecting that which he holds most dear.

Tinkering away at a remote and abandoned lab, in the Yamanashi prefecture of Japan, Theo may be on to a breakthrough. His turse Bose, Simone (Rhona Mitra) chides him over video conference. Not only has her robotics prototype passed with flying colors, she’s also leveraged her success into a VP gig. Disappointed in his lack of progress and pressure from a rival company. Simone threatens to shut George down, if she doesn’t see results soon. What she doesn’t know, is that not only is George well ahead of schedule, but he’s working on a breakthrough that could revolutionize the world.

As heady a plot as that may be, debut writer & director Gavin Rothery starts off with a slower approach. He takes his time developing George’s world and routine. Doing so allows the viewer to relax, while picking up on all the tidbits laying under the surface. Those largely include any and all moral quandaries that come with dealing with artificial intelligence. The existential aspect of how human a digital constructs can be, is expanded threefold here. Namely in the form of the 3 prototypes George is working on. J1 is his bulky and towering trial run. Unable to speak, but can mechanically sigh and chirp. J2 (voiced by Martin) is more independent, with arms, an expressive box head and inquisitive mind. J3 (also Martin), more humanoid in appearance, is the ideal upon which all sci-fi nightmares are based.

From an age standpoint J1 is the equivalent of a 5 year old, J2 a teenager and J3 an adult. It presents an easy to understand dichotomy in each of their relationships, while letting a lot of inferring do the work. The ageing of their models is but one facet to what makes them tick. What informs the decisions they make and ways they lash out. It’s a brilliant short hand and shows the level of intricate detail Rothery injects into the proceedings. Another filmmaker may lean into the mad scientist aspect of it all. Making George more of an overt Dr. Frankenstein. Instead, he holds back, attempting to paint a softer image of a man grieving and unwilling to let go. Tropes that have been done many times over. Yet Rothery’s ability to make it all intriguing, is a testament to his craft. Even if it can’t cover all blemishes, in the process.

Hints of the outside world, in 2038, show a society on the brink of change or corporate catastrophe. Humans with cybernetic implants. Translator collars at restaurants. Cars that can drive themselves. Not to mention the gigantic black monolith with tiny black & white view screen that allows for calls from the dead. The world building is extensive, while also feeling held at arm’s length. On the other hand, those elements feel like potential distractions, to divert away from some of the more glaring issues on-hand. As sweet as his interactions with them may be, the robots he creates all refer to each other as “sisters” and are based upon his dead wife. It feels creepy, to a degree. Then there’s plot holes that feel either accidental or are intended to be waived away, in the closing moments.

For most, Archive will, from time to time, feel like it’s openly recycling or aping bits from sci-fi classics. A dash of Silent Running here. A sprinkling of Solaris there. Some elements of Ex Machina and Blade Runner, just to round things out. There’s even a Black Mesa line, tossed in for astute gamers. The recent film that’s felt the most though, is Duncan Jone’s Moon. That’s not entirely by mistake. Rothery’s name is slathered all over those credits. Conceptual designer. Visual Effects supervisor. Stunt Double for Sam Rockwell. That last one may seem cheeky, but it just goes to show how much that production clearly means to him. Yet they’re decidedly different beasts. To the point where you can actively feel Rothery wanting to zig where Moon zags. Only ever so slightly though. The meditation in the former is exchanged with bluntness in the latter. Proving the biggest of litmus tests, in the closing passages. One which will likely sour a majority of viewers.

Regardless the missteps that crop up, over time, Archive is a sight to behold. From top to bottom, this is a production that swings far outside its modest means. Laurie Rose’s lush cinematography takes in every sumptuous detail of the production design by Robin Lawrence, as Steven Price’s droning score helps punctuate the more emotional beats. Martin, essentially pulling double duty, is brilliant, in subtle variations of the same persona. Then there’s James, who has a spotty track record of past accomplishments and excels here. It isn’t showy stuff (what with the decor around him), but he emotes better than you’d imagine. Not everyone can carry off quieter moments with non-humans, but there’s some tremendous bits with him interacting with J1 & J2. Again, scenes that play creepily. Were you stop to think about the context. It doesn’t fully detract from the overall experience, thanks to a solid melding of visual splendor and high minded execution.

Archive may not be remembered as well as the counterparts it cribs from, partially due to the ending. Yet it also isn’t one that feels like a waste of time. If not for anything else, it shows that Rothery is a gifted filmmaker. One who deserves a chance to make a big budgeted studio film, in the near future. That will truly be a sight to behold. For now, a stirring and focused, but slightly flawed debut, will more than do. 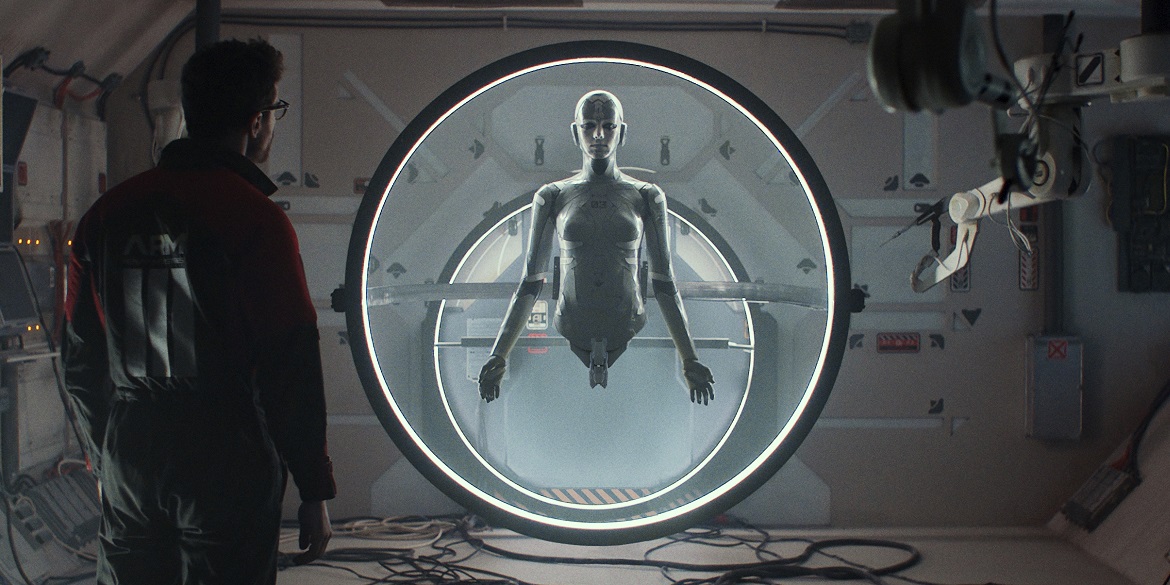 Review: ‘Archive’ Is An Enthralling Yet Partially Hollow Sci-Fi Spectacle
69