This is the kind of review I hate to write. I don’t like to be the dissenting opinion when a movie opens to near universal acclaim. It makes me feel like I’ve taken my finger off the pulse of what’s hot in American pop culture. I suppose I should stand my ground. I mean, I don’t hesitate to sing a movie’s praises when I’m the only one who likes it; why should I act differently when I’m the only one who doesn’t? It just feels weird to say that a movie averaging 89% on Rotten Tomatoes was, for me, merely “meh.”

Creatively, Ex Machina is competently directed by first timer Alex Garland. He also wrote it (along with other genre films 28 Days Later, Sunshine and Dredd). However, I would say it’s a little too evenly paced from beginning to end. It doesn’t offer much suspense to build toward an exciting climax. I kept expecting there to be more to it. It’s fine that it’s not action packed, but some dramatic ups and downs would have helped.

The cast is great. Oscar Isaac (Inside Llewyn Davis, A Most Violent Year) is a commanding screen presence who may just be our next big movie star. He plays a reclusive genius, Nathan, who believes he may have created the first true artificial intelligence in the form of a beautiful… what? Robot? Android? I’m not sure. Ava is her (it’s?) name and she’s/it’s played by a beautiful woman, Alicia Vikander (Seventh Son). Nathan brings a young programmer, Caleb (Domhnall Gleeson, About Time, Unbroken) to his hideaway to evaluate his creation and determine if she/it has indeed developed her own consciousness.

For what purpose, though? This is one of the parts of Ex Machina that I just didn’t “get.” There’s some ambiguity with the Nathan character. He’s definitely troubled, as demonstrated by his excessive drinking. But is he a good guy or a bad guy? Are his intentions to altruistically advance science or does he have a God complex? Did he bring Caleb to give him an objective opinion or to have him partake in a cruel experiment concerning the very nature of what it means to be human?

Further exacerbating my frustration is that Caleb can’t give him an objective opinion because he starts to have emotional feelings towards Ava. This opens a can of worms about what Nathan may have known about him before selecting him to visit. And that further exacerbates my frustration because then the story isn’t really about whether or not computers can develop intelligence, but instead about how Nathan fools and manipulates another human being.

It’s perfectly fine for a movie to be ambiguous. Sometimes it’s the best movies that make you think and decide on your own what they’re all about. But I need a little guidance here. In Ex Machina, what is it that I’m supposed to decide? The entire movie is ambiguous to me and I don’t know where to start. For much of the movie, I relate to Caleb and I’m evaluating Ava along with him. But it’s the point where he develops his attachment to her that I disconnect. For a movie that seems to have lofty aspirations, it seems like a cheap plot development.

There are twists in the plot, but they’re telegraphed too far ahead of time; therefore, they’re not surprises. It’s lovely to look at; Ava is not only a brilliant scientific creation for Nathan, she’s/it’s a fantastic cinematic creation for the filmmakers. There’s nothing really “bad” or offensive about Ex Machina. But for me, there’s also nothing particularly outstanding or commendable about it, either. It’s certainly not a modern sci-fi classic and I can’t help but think it may be reevaluated later by those people who think that it is. Sorry! 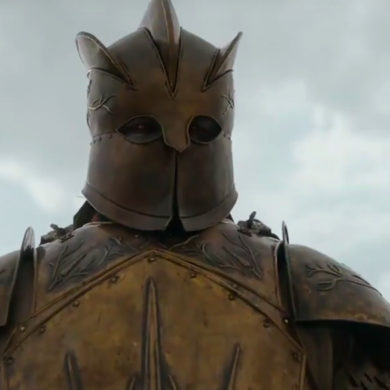