By the time a film series gets to the third entry, the casual viewers begin to drop off, leaving only those were are truly committed to the characters…or just a completest with too much curiosity on what happens next. It’s been five years since the original Pitch Perfect and two since the second entry, so it’s not a big surprise that most of the entire cast returns for one final competition in Pitch Perfect 3. By now, you’re either a fan of the series or you’ve moved on and this film is not likely to bring on any new devotees of The Bellas but it will please those who are.

One of the most important things to do when going into a movie like Pitch Perfect 3 is to prepare yourself for the type of film the producers have made. It’s intended to be a lighthearted musical romp with no delusions of grandeur or awards. It’s meant to entertain and, for the most part, Pitch Perfect 3 does just that. Now, I’ll admit to having not seen the second film but I’ve been told by more than one person I didn’t miss much. That said, I really did enjoy the original and was interested in how the characters have developed. However, for most of the film, our characters really are much the same, which actually plays a part in the plot. 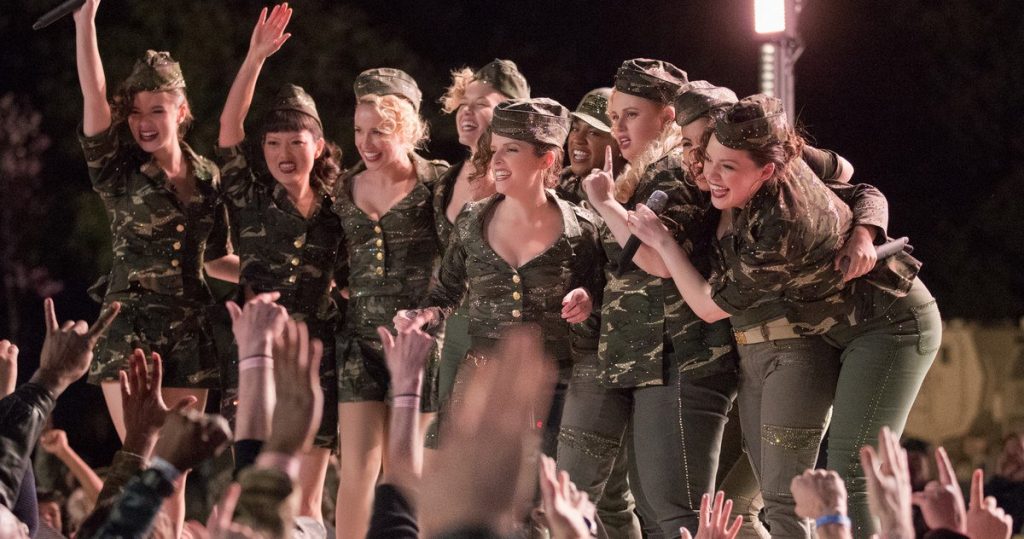 Time has moved on for The Bellas after graduating and entering the real world. Beca (Anna Kendrick) is a music producer who, as our film begins, has decided to quit her job rather than let her talent be overlooked by musical “talent” with overinflated egos. While we get a full scene explaining Beca’s situation, it seems as if the other Bellas’ had their stories end up on the cutting room floor. We see snippets of what Fat Amy (Rebel Wilson), Chloe (Brittany Snow), Aubrey (Anna Camp) and the rest have been up to but very little. But, we see no more than what was in the trailers, which is a little unfortunate and a bit of a disservice to the actresses.

After the ladies reunite for a USO show that turns into (surprise) a competition, the Bellas perform in an impromptu challenge at an Air Force base that doesn’t end well and actually makes them seem a little dated. After all, how could they possibly compete with a band called Evermoist? The usual hijinks follow with DJ Khaled’s presence adding some legitimacy to the competition. Of course, there has to be a sub-plot as John Lithgow plays Fat Amy’s long lost father aka gangster in search of some money. There is actually a fun musical opening to the film that alludes to the climax of the film. While it might seem odd to give away the ending, it actually starts the movie off with a bang and shows us what we eventually see as an obvious end to a specific turn of events. 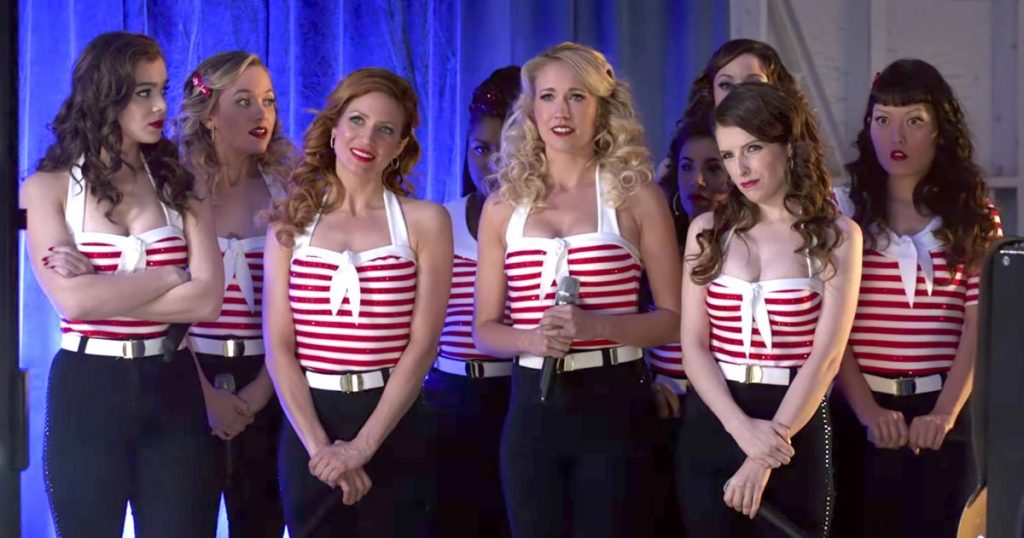 The music in Pitch Perfect 3 is good but isn’t necessarily anything new or daring. Director Trish Sie plays everything safe by treading on familiar ground. Anna Kendrick is clearly the shining star here with Rebel Wilson the comic relief, leaving the rest of The Bellas relegated to supporting characters. At 90 minutes, it’s the perfect running time but it would have been nice to have those character updates in the final print rather than being obviously deleted. But, the pace is just about right for a film like Pitch Perfect 3 as the editors wisely avoided padding the film by stretching out the running time. But I also don’t think another three to five minutes would have hurt it either.

Pitch Perfect 3 was never intended to be an Academy Award winning film. It was meant to entertain audiences with a light-hearted, harmless musical romp and, on that note, it succeeds. If you’ve enjoyed the series so far, you’ll definitely like Pitch Perfect 3. If you’ve never seen either of the previous films, go back to the superior first film. It appears as if the curtain is finally being brought down on The Bellas and it seems the timing is good. Better to go out on a good note rather than being pulled off stage.