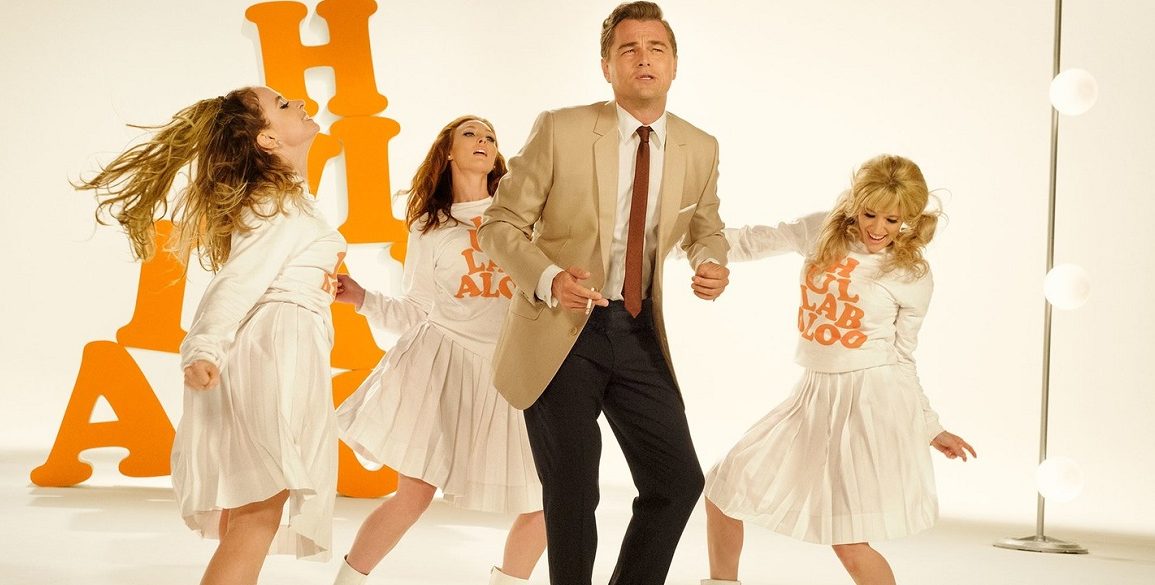 When it comes to the ebb and flow of movie news, Friday’s stream is often that of a slow trickle. Either not wanting to take away from the films hitting theaters or the thought that people aren’t going to click as fast on the weekend, that’s just the way things are. Sometimes though there’s a piece of news that comes along and demands everyone’s attention. Today is one of those days. That’s because Vanity Fair has run a piece featuring several new photos from Quentin Tarantino’s latest, Once Upon A Time In Hollywood.

Though we might not have full details on the plot (the script is closely guarded), the pictures are none the less fun to look at. Not to mention give a sense of the style slathered onto the film. The little we do know about the film is that it partially centers on actors and stuntmen portrayed by Leonardo DiCaprio and Brad Pitt, trying to make the transition from television to feature film.

We also know that Margot Robbie has been cast as Sharon Tate. Not sure to what extent she plays a part of things, but another element to the film surrounds the Manson Family murders. If you know your history, you know that’s not the greatest news for her, unfortunately. You’d wonder how a real life figure would be portrayed in a Tarantino film, but Tate’s sister did sign off on how the film will use her.

Regardless of the mystery surrounding things, this is going to be one of the biggest releases of the year. Outside of even Pitt, DiCaprio & Robbie the cast is filled with a veritable who’s who of big names.  Kurt Russell, Scott McNairy, Timothy Olyphant, Emile Hursch, Dakota Fanning (*deep breath) Tim Roth, Rummer Willis, Bruce Dern, James Marsden and possibly anyone else to appear in a movie in the last 50 years and is still drawing breath. Eagle eyed goatee aficionados may have spied Al Pacino up there too!

What do you think of the photos? Do you want a giant poster of that header image for your home? Are you hoping a teaser drops soon, to give an indication of the tone? Let us know in the comments. Once Upon A Time In Hollywood hits theaters in the middle of the summer, on July 26th. WellW keep you updated of further news, once it becomes available.

REVIEW: The Space Between Us