A Reboot of ‘The Newsroom’ Is Potentially in the Works, Depending On Who You Believe 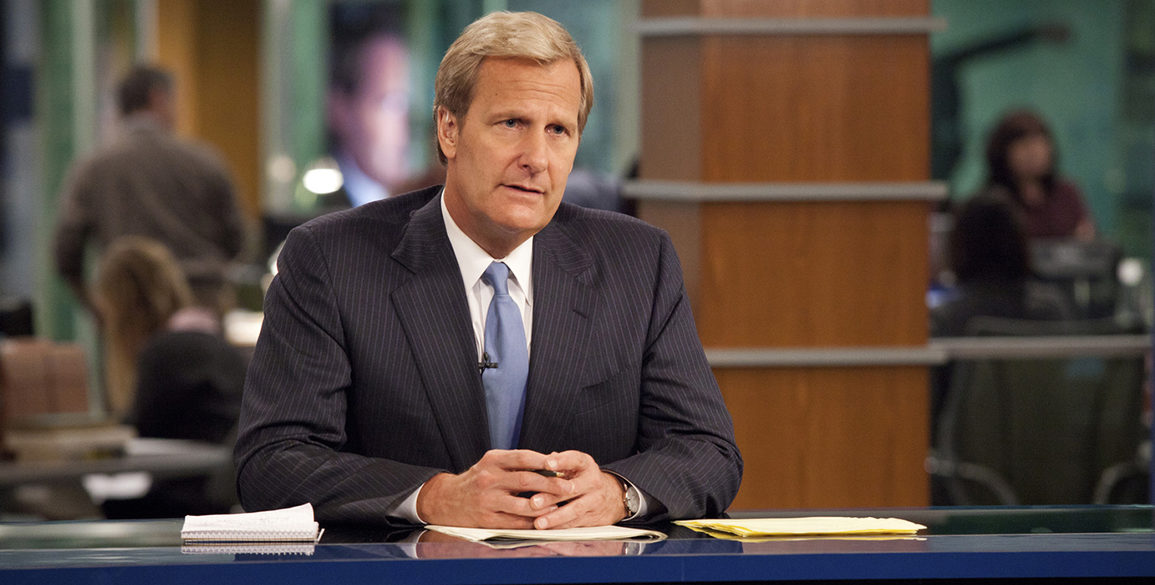 It’s no secret that Aaron Sorkin has been extremely busy, with his critically acclaimed Broadway adaptation of To Kill a Mockingbird. Yet in a world where politics are starting to mimic works of fiction, it’s hard not to want Sorkin to bring back the Newsroom. The HBO drama initially ran for three seasons from 2012 to 2014 and feels all the more topical today, than it did just a few years back. While an all-star cast was key to its success, it will always be remembered for being lead by the incomparable Jeff Daniels.

A possible renewal of the show was reported by Entertainment Tonight recently. For those who have forgotten The Newsroom was an unflinching behind the scenes look at the current prime time news cycle. The show tackled real world issues involving some what recent events at the time like the assassination of Osama Bin Laden. Daniels rants on air seem to were a way to for Sorkin to get things off his back, and Daniels delivered it with ease. It’s pretty incredible that in the era of Trump, the show hasn’t been revived already but we can only hope. There is no shortage of what Sorkin and the writers could pull from.

The incredible cast including, Emily Mortimer, Jeff Daniels, John Galloper Jr., Dev Patel, Olivia Munn and Sam Waterston are all working on projects of their own now so it would be quite the feat to be able to bring all of them back together again. But Olivia Munn slipped up in an interview, that her and Thomas Sadoski had been in “conversations” with Sorkin about it. “Tom and I are working hard and Sorkin loves it, and obviously it’s his creation and I had such an amazing time on it,” said Munn, who played economic journalist Sloan Sabbith.

Unfortunately, shortly after people got excited by the news Sorkin was questioned about a revival, while on The Late Late Show With James Cordin, where he refuted those claims. “I wish the show was on the air now,” Sorkin said, after a rapturous applause, “I would love to be writing it now, but there are other things coming up.” That’s understandable, as he has a long-in-the-works project, retelling the events of The Chicago 7 trial on his plate next. Never say never though, as he could easily be convinced to shelve that film, at least for a little longer.

Although there are many that don’t want to relive the 2016 election or any number of events that have happened in the last two years, that wouldn’t stop them from trying to make it palpable. How can you say what has already been said a thousand times? If anyone could do it, it would be Sorkin, Daniels and the gang. To see a behind the scenes look at a newsroom completely dumbfounded, after that fateful day in 2016, would be amazing. Sorkin definitely has things to say in this new age of Trump and it might be just thing we need. He just needs to see the light (most likely in the form of taillights belonging to a dump truck of HBO money), before be finally puts the idea to bed.