With the first two films slightly failing to meet expectations, you’d be forgiven for not initially being over the moon when it comes to Thor: Ragnarok.

Then the first trailer dropped.

Brimming with fun, colors, humor and visuals on an epic scale, it singehandley changed many people’s view. Hell, it even gave us an early contender for meme of the year: “I know him from work!”

Not satisfied with where excitement levels were at and the San Diego Comic Con taking place this last weekend, Marvel decided to unleash a HULK sized second trailer. Take a look.

That is rather glorious if you ask me. It ups literally everything we saw in the previous trailer to 22 (because that’s double 11). It’s bright. It’s epic. It undoubtedly will bring a smile to everyone’s face.

But that’s not all, as Marvel also unveiled a new Ragnarok poster that’s as psychedelic as it is joyful. 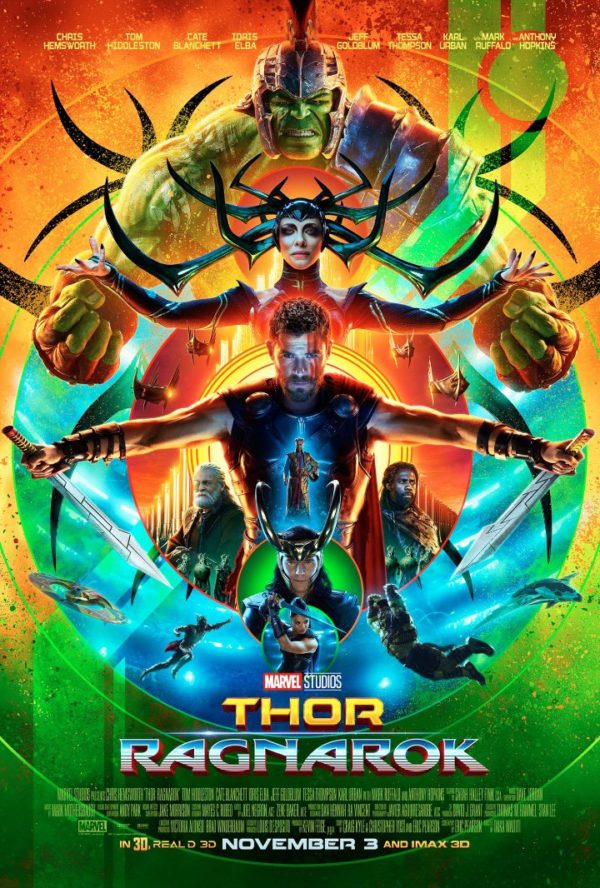 If neither of these items put you in a happy or giddy mood, well, then I have no idea how to help you.

Thor: Ragnarok comes out November 3rd, where it will butt heads with another superhero team-up flick. Will be interesting to see who comes out on top.