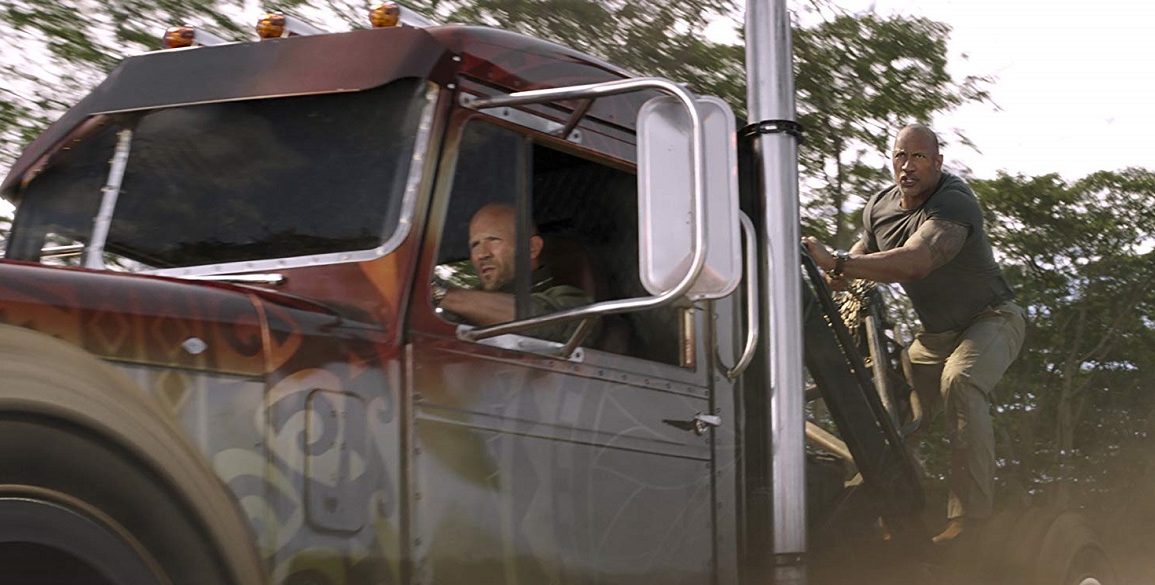 It seems like each and every day there’s something pertaining to doom dark happenings in the world. What we need is something to put a smile on our collective faces. Something to bring people together, in the face of truly ridiculous over-the-top spectacle. My friends, we might just be getting that in Hobbs & Shaw (we’re ignoring the “Presents” part here). Don’t believe me? Well then, you need to watch this new trailer immediately. Stop everything. Seriously!

That is art. Absolute art. If you disagree, you might just need to watch it again. It’s crazy to think that all this insanity occurs in one movie. There’s what feels like 72 different action sequences. Dwayne Johnson flexes his charismatic muscles. Jason Statham obliterates people without breaking a sweat. Utter disregard for the laws of logic and physics. Seeing as how this is a Fast & Furious spin-off, that’s saying something. Everyone in this trailer gets at least 2-3 badass moments. Even Roman Reigns (Joe Anoa’i). Yes, he’s in this too. As is Cliff Curtis. Helen Mirren makes a return. Idris Elba says “I’m black Superman.” Hobbs’ family gets in on the mix too! It’s somewhat surprising that there’s a coherent story beneath all the insanity and sensory overload.

In case you can’t see the above, here’s the official synopsis, which seems to only have watched half the trailer:

“When cyber-genetically enhanced anarchist Brixton (Idris Elba) gains control of an insidious bio-threat that could alter humanity forever — and bests a brilliant and fearless rogue MI6 agent (The Crown’s Vanessa Kirby), who just happens to be Shaw’s sister — these two sworn enemies will have to partner up to bring down the only guy who might be badder than themselves.”

Not to be a buzzkill, for a moment, but it has to be mentioned there is a chance the trailer could be selling a bunch of rotten goods. The end result could very well be a mess. I don’t believe that will be the case, but best to tempter expectations a tad.  So just lower your excitement level from “this is the greatest thing ever in the history of cinema” to “this is the greatest thing in the history of cinema, this summer”. That should do it. Make sure to check out Hobbs & Shaw, when it rolls into theaters, on August 2.