There’s A New ‘Detective Pikachu’ Trailer, In Case You Aren’t Already Sold On The Film 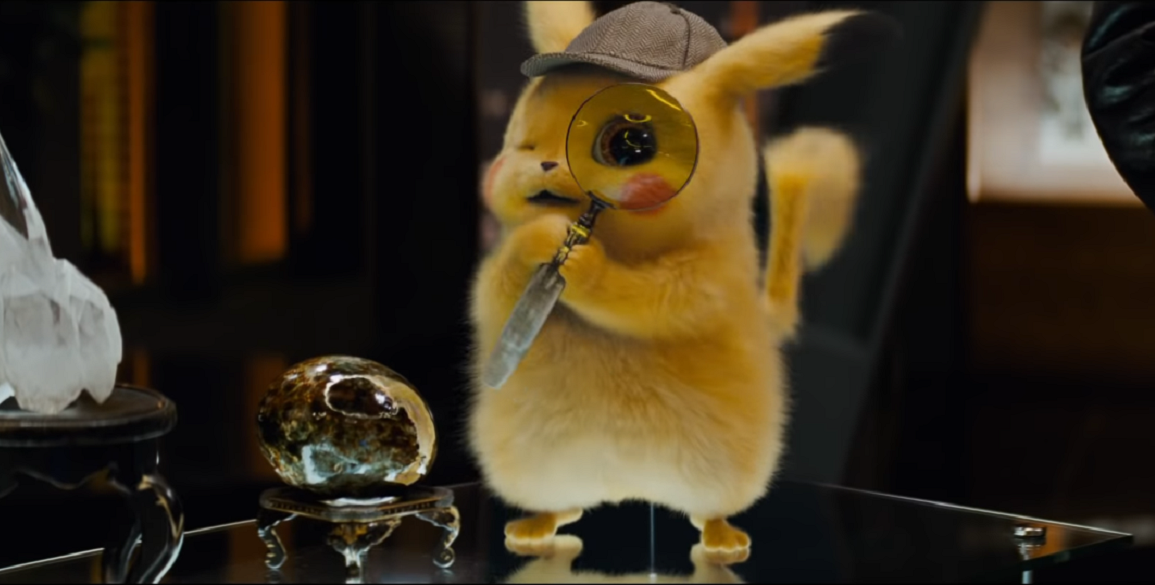 Just over a year ago, when it was announced there would be a Detective Pikachu live-action/CGI hybrid movie, people were skeptical about the idea. When it was revealed that Ryan Reynolds would be providing the voice of the lead character, those same people scratched their heads. Which admittedly was most of us here. Then, a trailer finally came out and well, most of the naysayers were silenced. In case there are still a few stragglers not totally won over by the concept, there’s a new trailer out today. And boy if it doesn’t look absolutely fantastic. See for yourself.

Should you not be a fan of potential spoilers from viewing trailers, here’s the offcial synopsis, to tide you over:

“The story begins when ace private eye Harry Goodman goes mysteriously missing, prompting his 21-year-old son Tim to find out what happened. Aiding in the investigation is Harry’s former Pokémon partner, Detective Pikachu: a hilariously wise-cracking, adorable super-sleuth who is a puzzlement even to himself. Finding that they are uniquely equipped to communicate with one another, Tim and Pikachu join forces on a thrilling adventure to unravel the tangled mystery. Chasing clues together through the neon-lit streets of Ryme City—a sprawling, modern metropolis where humans and Pokémon live side by side in a hyper-realistic live-action world—they encounter a diverse cast of Pokémon characters and uncover a shocking plot that could destroy this peaceful co-existence and threaten the whole Pokémon universe.”

Goodness, there’s a lot going on there. Almost to the point of sensory overload. Not that we’re complaining though, as everything here has a dose of fun behind it. The new trailer really goes out of it’s way just to show how big the scope of the story is. Conspiracy theories? Check. Actual detective work? Check. Pokemon battles? Check. An over-caffeinated and moody Pikachu? Double check, with an extra shot of espresso. Even Mewtwo makes an appearance here. One that looks especially menacing. Basically, what we’re saying is, this movie is going to make all the money. All of it. Countries will be crippled after this comes out. Mostly because people will only spend their hard earned dollars to see this for the billionth time.

What do you all think? Are you overly excited for this movie? Which of the two trailers do you prefer? Is there a certain Pokemon you are dying to see up on the big screen? Be sure to share your thoughts in the comments. Keep your boundless enthusiasm in check, as we’re still a couple months from release. Pokemon: Detective Pikachu bursts into theaters on May 10, 2019. In the meantime, try not to get Bonnie Tyler’s “I Need A Hero” trapped in your head, as you watch this trailer on repeat.