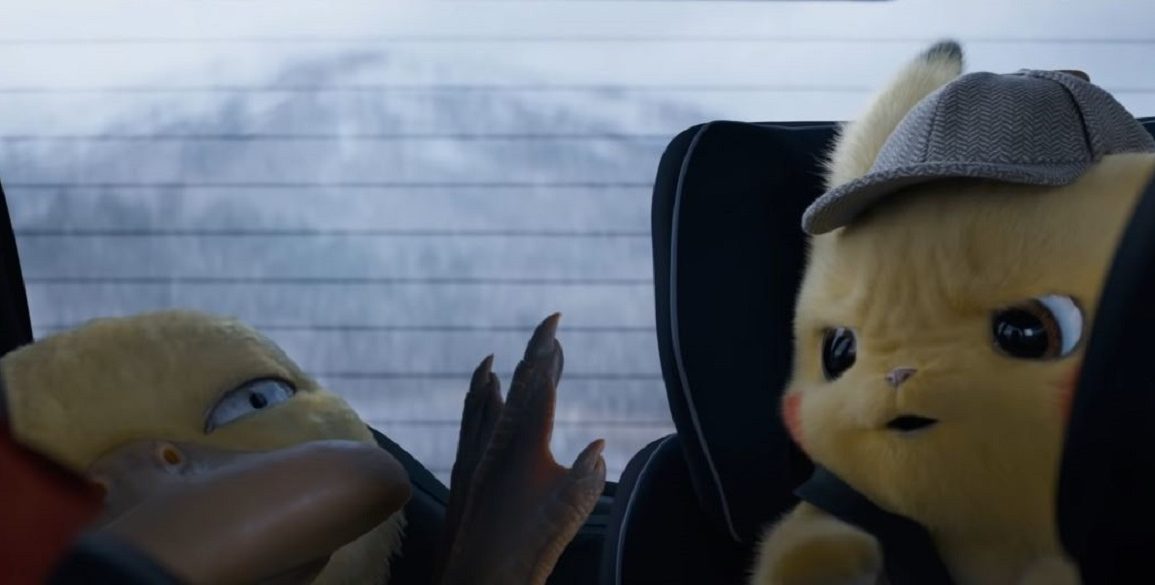 Sometimes life is dark. Up is down, left is right, nothing makes sense and everything is terrifying. Of course, I’m talking about a world post that Sonic The Hedgehog trailer. You may have liked it, but one quick look at the internet would show that’s a minority opinion. People were losing their minds, with questions like “why does he have teeth?” or “why is he wearing shoes but no pants?” Thankfully Warner Bros., yes, Warner Bros., is swooping in to make things better, in the form of a new Pokemon: Detective Pikachu trailer. He also may not have pants, but he does wear a deerstalker and have a caffeine addiction. Both of which are adorable.

What’s rather impressive about all these TV spots and trailers, is that they can recycle already seen footage and still have to be delightful. All they need to do is toss in 1-2 new jokes and 1-2 new Pokemon sightings and all is right as rain. This time we’ve got a foot massage joke, 17 caffeine jokes and a new action beat. There’s joke about Pokemon in this world not wearing pants. Although nothing beats the sight of Pikachu strapped into a car seat. Really. It also helps that Ryan Reynolds does a respectable job winning you over to the thought of a Pikachu you can understand.

In case you have forgotten, here’s the official synopsis for Pokemon: Detective Pikachu:

“Ace detective Harry Goodman goes mysteriously missing, prompting his 21-year-old son, Tim, to find out what happened. Aiding in the investigation is Harry’s former Pokémon partner, wise-cracking, adorable super-sleuth Detective Pikachu. Finding that they are uniquely equipped to work together, as Tim is the only human who can talk with Pikachu, they join forces to unravel the tangled mystery.“

It’s strange how a film can go from being a relative joke and curiosity to one of the most hotly anticipated movies of the year, but here we are. The wait is almost over, to see if the end product matches the hype. We’ll find out when Pokemon: Detective Pikachu bolts into theaters, on May 10. It’s likely to be the only film in the next few months that stands a chance of knocking Avengers: Endgame off the box office leader board. Tickets are on sale now.