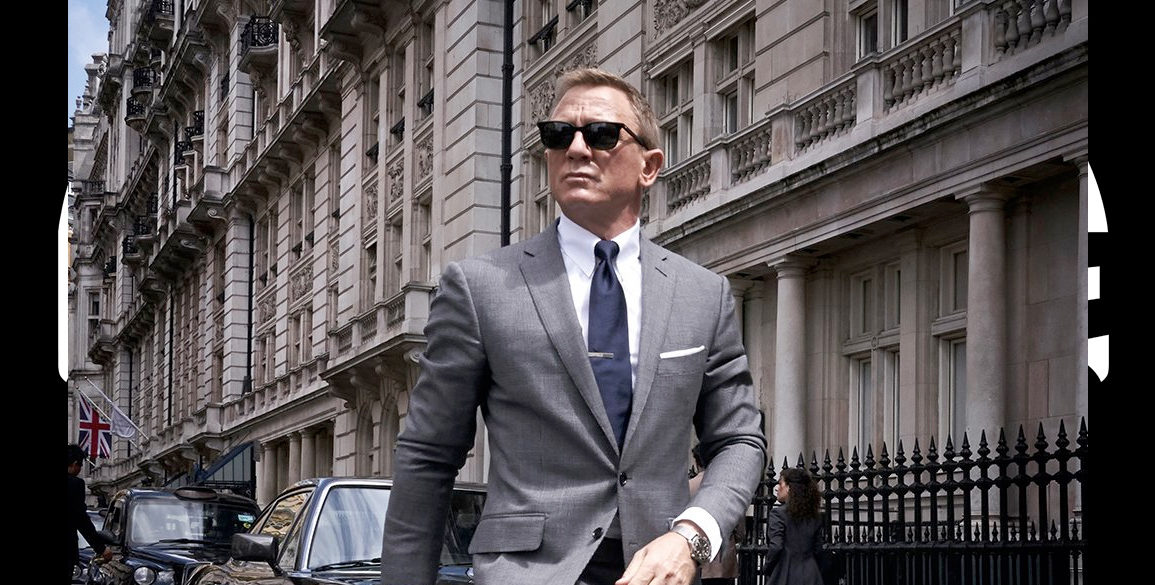 The first image of the upcoming James Bond film has been released, in what could well be Daniel Craig’s final portrayal of the classic character.

It’s been a rocky road for Bond 25. The film has had more than its fair share of problems since its official announcement in 2016. Sam Mendes was the man behind the camera for the highly lucrative two films which came before, Skyfall and Spectre. The first problem arose when Mendes announced he would not return a third time. The great Brit Danny Boyle was brought on board as a replacement but he departed in August 2018.

Production ground to a halt before the American director Cary Joji Fukunaga took over. Long-term Bond alumni writers Paul Haggis and Scott Z. Burns signed up but they weren’t the last. Phoebe Waller-Bridge, the creator of Fleabag and Killing Eve, punched up the script in 2019. After that, it was full speed ahead for Bond 25.

But Bond 25’s chequered production hit another speed bump when the film’s star, Daniel Craig broke his leg. Craig’s injury has since healed enough for the 51-year-old to return to action. The official 007 Twitter account uploaded the film’s first image complete with a short behind-the-scenes video clip. Craig is typically besuited after exiting a classic Aston Martin V8 before strutting around Whitehall. The film’s star also met with the famous Household Cavalry.

This is Craig’s fifth outing as the gentleman spy and is largely expected to be his last. He landed the iconic role 15 years ago and has now played the gentleman spy longer than any other actor. Bond is one of the most famous characters in film history and speculation is rife about who will come next. Richard Madden, Idris Elba, and Cillian Murphy are three of the likeliest casting choices.

007 star Daniel Craig, director Cary Fukunaga and the #Bond25 crew were out in the sunshine today shooting across a number of London locations, including Whitehall, where Daniel filmed a scene with a classic @astonmartin V8, first seen in a Bond film in THE LIVING DAYLIGHTS. pic.twitter.com/rhs13nNeyW

But whoever takes on the mantel of Bond, it carries an enormous responsibility. Few other characters are as prestigious or as career-defining. James Bond is instantly recognisable which makes him an excellent brand champion for a wide variety of companies. His link with Aston Martin is longstanding, as is the deal with Omega watches.

But few other industries owe as much to 007 as the alcohol and gambling sectors. Bond is often shown hitting the casino tables which is why online casino firm Betway rank him as one of the best examples of gambling in popular culture. Similarly, Bond’s classic vodka martini is often the focus of advertising from brands like Gordon’s and Smirnoff. Craig’s replacement will have to carry that responsibility.

But before all of that, Bond 25 is first up. Ralph Fiennes, Ben Whishaw, Naomie Harris, and Lea Seydoux will reprise their previous roles. As will Jeffrey Wright who played Felix Leiter in Casino Royale and Quantum of Solace. Ana De Armas, Lashana Lynch, and Rami Malek have also signed up to the cast. Bohemian Rhapsody star Malek is set to play the film’s villain, something which he has recently spoken about.

“But that was one thing that I discussed with Cary.

“I said, ‘We cannot identify him with any act of terrorism reflecting an ideology or a religion. That’s not ­something I would entertain, so if that is why I am your choice then you can count me out’.

“But that was clearly not his vision. So he’s a very different kind of terrorist.

“It’s another extremely clever script from the people who have figured out exactly what people want in those movies.

“But I feel a substantial weight on my shoulders. I mean, Bond is ­something that we all grow up with.”

Bond 25 will see 007’s vacation in Jamaica interrupted by his CIA pal, Felix Leiter. From there, the pair will quest to rescue a kidnapped scientist on the trail of a ‘mysterious villain armed with dangerous new technology’. Presumably, that’s the character played by Academy Award-winner Malek.

It’s an interesting premise which will see Bond link with a whole host of familiar faces. Returning characters like Lea Seydoux’s Madeline Swann and Jeffrey Wright’s Leiter will please fans of the franchise. Both parts were slightly under-served in previous films and will benefit from more screen time. If this does turn out to be Daniel Craig’s final portrayal of the character then he will be hoping to go out on a high.