We were lucky enough to bring IFC Midnight’s LOWLIFE to Panic Fest in January and I can truly say it was a treat and perhaps the highlight of our festival lineup. It was a passion project by a group of friends that has produced fantastic results and a set of interesting characters. .

Listen to director Ryan Prows and the LOWLIFE team chat about the making of the acclaimed indie film that is sure to be a hit amongst genre fans. Be sure to check out our interview and review from Panic Fest below.

SYNOPSIS: What happens when you throw together a fallen Mexican wrestler with serious rage issues, a just-out-of-prison ex-con with a regrettable face tattoo, and a recovering junkie motel owner in search of a kidney? That’s the premise of the berserk, blood-spattered, and wickedly entertaining feature debut from Ryan Prows. Set amidst the seedy underbelly of Los Angeles, LOWLIFE zigzags back and forth in time as it charts how fate—and a ruthless crime boss—connects three down-and-out reprobates mixed up in an organ harvesting scheme that goes from bad to worse to off-the-rails insane. Careening from savagely funny to just plain savage to unexpectedly heartfelt, this audacious thriller serves up nonstop adrenaline alongside hard-hitting commentary about the state of contemporary America.

LOWLIFE is now available on VOD and in select theaters.

REVIEW: ‘Lowlife’ Is One Hilarious Blood-Splattered Gut-Punch Of A Debut 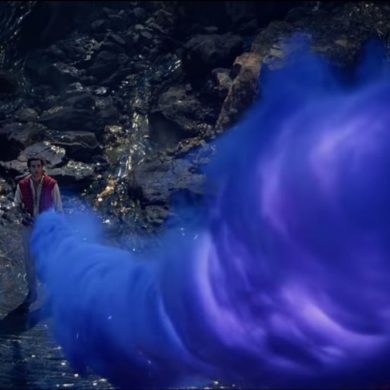