26 Aries will be releasing their first theatrical release, Kurt Vincent’s love letter to New York City’s arcade culture, THE LOST ARCADE, which will hit theaters nationwide, starting on August 12th in New York at the Metrograph with a VOD launch in September.

Written and produced by Irene Chin and directed by Kurt Vincent, THE LOST ARCADE, is an intimate story of a once-ubiquitous cultural phenomenon on the edge of extinction, especially in New York City, which once had video arcades by the dozen. These arcades were as much social hubs to meet up and hang out as they were public arenas for gamers to demonstrate their skills. But by 2011, only a handful remained, most of them corporate affairs, leaving the legendary Chinatown Fair on Mott Street as the last hold-out of old-school arcade culture.  Opened in the early 1940’s, Chinatown Fair, famous for its dancing and tic tac toe playing chickens, survived turf wars between rival gangs, increases in rent, and the rise of the home gaming system to become an institution and haven for kids from all five boroughs. A documentary portrait of the Chinatown Fair and its denizens, THE LOST ARCADE is a eulogy for and a celebration of the arcade gaming community, tenacity, and Dance Dance Revolutionary spirit.

“Irene and I are thrilled to launch 26 Aries for the distribution of our debut feature THE LOST ARCADE and honored to kick off the release at New York City’s newest and greatest cinema the Metrograph just a short walk from Chinatown Fair.” – Kurt Vincent, THE LOST ARCADE director. 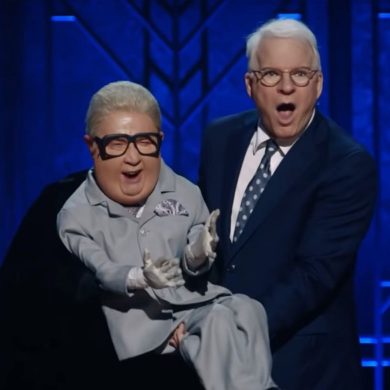