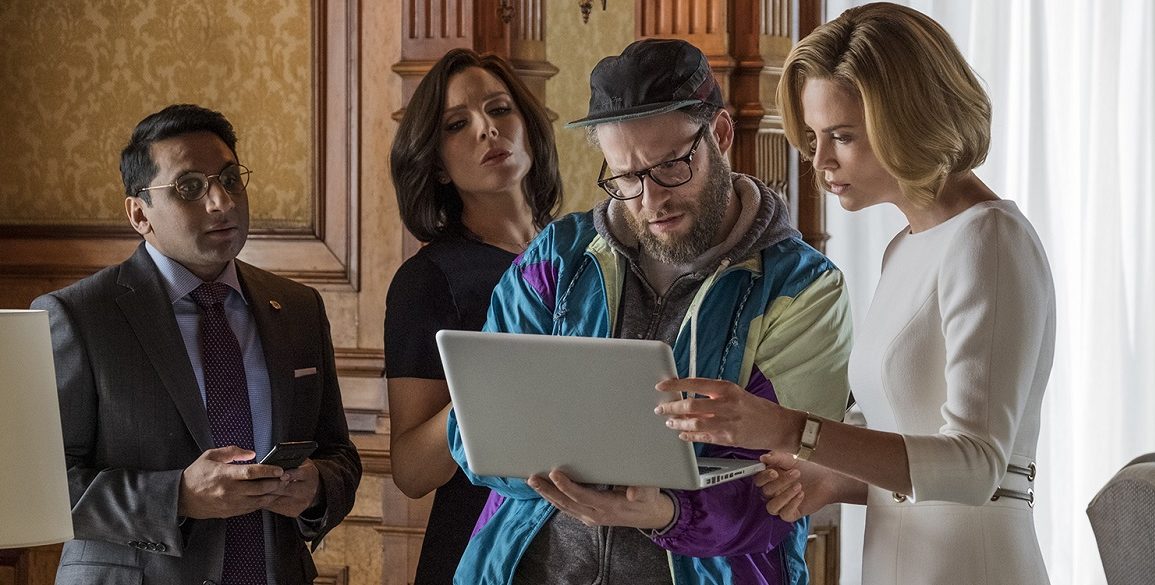 The very backbone of any solid (to great) romantic comedy, is the pairing of unlikely love interests. So important is this to the fabric of these movies, that even spoofs of the genre work from this element outward. It’s gotten to the point where the idea of Seth Rogen and Charlize Theron getting together isn’t an outlandish concept, but the sign of potentially entertaining movie. A fact that’s confirmed in this first trailer for Long Shot. See for yourself.

That appears to be a lot of fun. Theron is running for president. Rogen is his normal flustered self, but now an intrepid reporter with an affinity for hats! Truth be told, the most unexpected inclusion above, is O’Shea Jackson Jr. as the advice giving best friend. Yet he’s been solid in everything he’s been in, so that too is more than fine. The selling point seems to be combining the political with the romantic, so we’ll see how it all shakes out.  For instance, it’s hard to imagine this not being fun, with the likes of Randall Park, June Diane Raphael, Bob Odenkirk, Alexander Skarsgard and Andy Serkis roudning out the cast. Oh, and Boyz II Men, should that be what hooks you.

Here’s the official synopsis for Long Shot, should you not be able to view the video above:

“He’s a hard-hitting political writer with a talent for trouble. She’s the country’s top diplomat with a talent for…well, everything. When Fred Flarsky (Seth Rogen) reunites with his first crush who also happens to be the current US Secretary of State, Charlotte Field (Charlize Theron), he charms her with his self-deprecating humor and his memories of her youthful idealism. As she prepares to make a surprise run for the Oval Office, Charlotte hires Fred to punch up her campaign speeches and their unmistakable chemistry leads to a round-the-world affair. But Fred’s carefree indiscretions, past and present, could bring down her campaign before it even begins. The film redefines “international relations” with a profane, funny and unexpected love.”

If there’s anyone who could make a movie like this work, it’s director Jonathan Levine. In he’s short career, he’s shown a knack for making disparate elements tossed together, work better than they should. Usually by lacing his films with a tinge of sweetness. It’s what’s helped make Warm Bodies, 50/50 and The Night Before seem unique, while tackling familiar or overdone subject matter. Grafting his talents to a film like this, is an easy indication of a good time.

Were you all fans of the trailer? Does anyone else get a whiff of a lighter riff on Speechless and The American President here? What’s your favorite recent rom-com? Be sure to sounds off in the space provided below. Long Shot soars into theaters (and possibly our hearts) on May 3, 2019. Plan accordingly.