A speculative thriller from Blumhouse Productions (Split, Insidious franchise, The Gift) and the mind of Jordan Peele, the first African-American writer/director to cross $100 million at the box office with his debut film, GET OUT arrives on Digital HD on May 9, 2017 and on Blu-ray™, DVD and On Demand on May 23, 2017 from Universal Pictures Home Entertainment.  Known as the best reviewed movie of 2017 on Rotten Tomatoes to date, the dark and unsettling break-out hit is deeply relevant to modern day topics, captivating audiences with thrilling conflicts and danger at every turn. Own GET OUT on Blu-ray™, DVD and Digital HD and be the first to see the chilling alternate ending that flips the script, a behind-the-scenes look at the making of the film, plus much more!


Now that Chris (Daniel Kaluuya, Sicario), a young African-American man, and his girlfriend, Rose (Allison Williams, “Girls”), a young white woman, have been dating for several months, she invites him for a weekend getaway upstate at her family’s upstate home with parents Missy (Catherine Keener, Captain Phillips) and Dean (Bradley Whitford, The Cabin in the Woods).  At first, Chris reads the family’s overly accommodating behavior as nervous attempts to deal with their daughter’s interracial relationship, but as the weekend progresses, a series of increasingly disturbing discoveries lead him to a truth that he could have never imagined.
The Blu-ray™ Combo Pack includes a Blu-ray™, DVD and Digital HD with UltraViolet™: 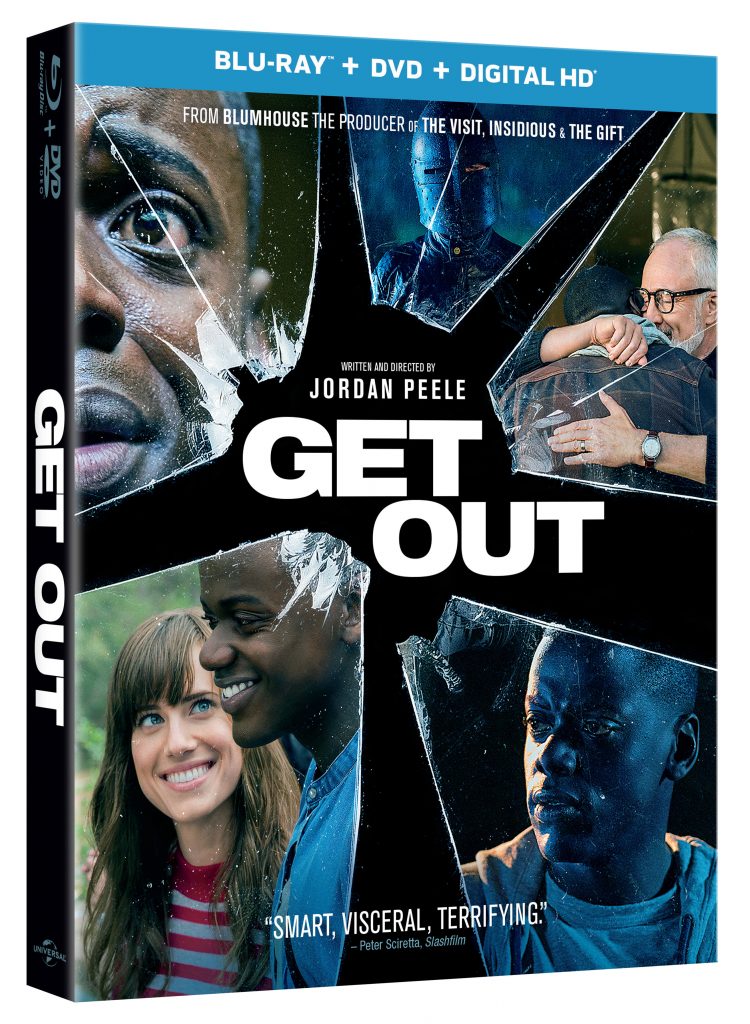 ‘Star Wars Battlefront II’ Poised to Be a Massive Success