Jeff Goldblum On His Return To The Jurassic Series

Jurassic World 2 is currently in production, and it was announced last month that Jeff Goldblum is returning to the franchise to reprise his famous role as Dr. Ian Malcolm.  Now Goldblum has weighed in about what fans can expect from the film.

In a recent interview with Entertainment Weekly, Goldblum talked about his character, who he portrayed in 1993’s Jurassic Park and its sequel, 1997’s The Lost World :

“I’ll try to contribute something to the plate of dino-entertainment,” he said. “I like my character. I think my character is a saucy, sassy man of some integrity and deep thinking. And of course, that whole world continues to be popular, slam-bang, top entertainment.”

Goldblum went on to hint at the themes that director J.A. Bayona would be exploring in the movie: “Even though some might say it’s popcorn-y entertainment–top-notch, of course–in our conversation, [Bayona] was very focused on the serious issues of greed, the marvels of science and reason, and the very fascinating point at which our species finds itself.”

“I’m very interested in that myself, so I’m looking forward to this. I’ve got a few things to do. I’m nothing if not conscientious, so I’m enjoying working on it every day.”

Jurassic World 2 once again stars Chris Pratt and Bryce Dallas Howard, with new cast members including James Cromwell and Toby Jones, among others.

Jurassic World was a massive hit, bringing in $1.67 billion worldwide to become one of the highest-grossing movies in history.  The sequel arrives in June 2018. 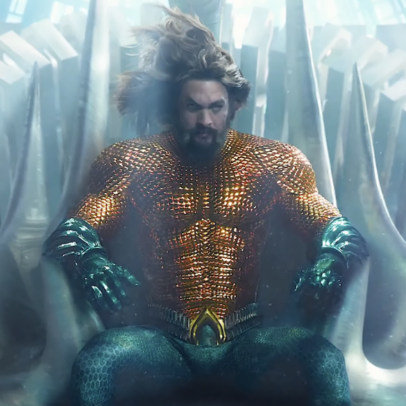