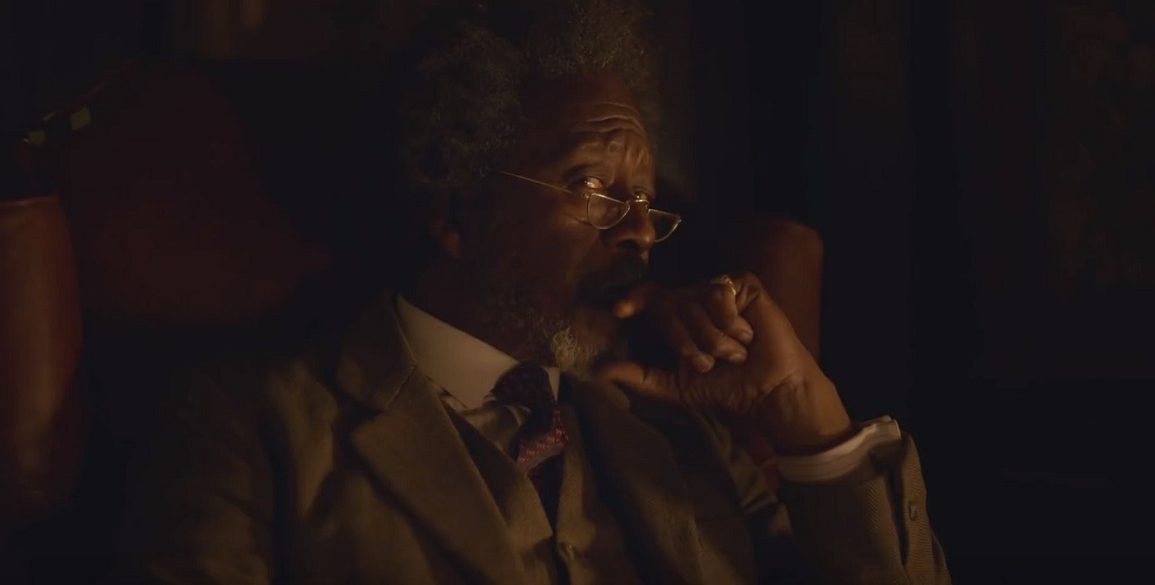 The entertainment industry, by its very nature, is built upon a bedrock of “try, where others fail”. If there’s a buck to be made, from someone else’s inability to capitalize on a property, some studio executive going to take that chance. So, since The Golden Compass almost completely sunk New Line Cinema a almost decade ago, it makes sense that it’s getting remade now. Save for this time instead of one story, all three His Dark Materials books by Phillip Pullman are being adapted. There’s also a chance it’ll go over better in the form of a mini-series, on BBC One & HBO, than truncated on the silver screen. All this is to say that a teaser popped up the other day, for the new project, with only a taste of what’s in store.

While there’s not a lot to see here, in terms of stories, it does have a rather impressive cast. Clarke Peters, Ruth Wilson and James McAvoy. That show’s the makers are going all out here, trying to cater to a variety of different demographics. Yet, then strolls Lin-Manuel Miranda, insuring a few million other people tune in just to see what he’s doing. Partly because he’s taking over a role, that in the movie, was portrayed by Sam Elliott. The two don’t really overlap.

Based on Phillip Pullman’s books (The Golden Compass, The Subtle Knife, The Amber Spyglass), His Dark Materials makes for an an intriguing series. There’s giant sweeping epic elements at play, fitting it between Paradise Lost, The Lord of The Rings and The Chronicals of Narnia. Even though Pullman has spoken out on the latter in the past. Something that’s sure to rankle a few viewers, as the story starts to deepen. Pullman’s tale weaves science-fiction, fantasy, philosophy and theology together, in ways both exciting and also confrontational. The fact that his work is garnering this much attention, is a win and of itself. Seeing it transplanted on the screen again, should make for compelling viewing.

It’s hard to tell how the show will portray an important element in the books, the daemons, which aren’t seen here. The BBC makes note of this in the trailer’s description, where it says they’re playing them close to the chest. We know that the polar bears will make it into this adaptation as well, as one can be heard for a second. Here’s hoping the network at releases a photo or two leading up to the show’s release. CGI can be handled to an impressive degree these days. Just look at Pogo, on Netflix’s Umbrella Academy. The longer these characters remain unseen. The more there is to worry about.

Did you like the trailer? Are you fans of the books? Were you sad the Golden Compass never got a follow up? Sound off in the comments. It’ll be interesting to see how much more fanfare there is in the next couple months. There’s no official word on when this is coming out, just sometime likely this year. The surprising new is, regardless what the consensus is this time, the series has already been picked up for a second season. We’ll see, when it premieres on BBC ONE and then HBO, if it’s worthy of that preemptive decision.

Lost in Reviews EP 09: GUARDIANS OF THE GALAXY VOL. 2