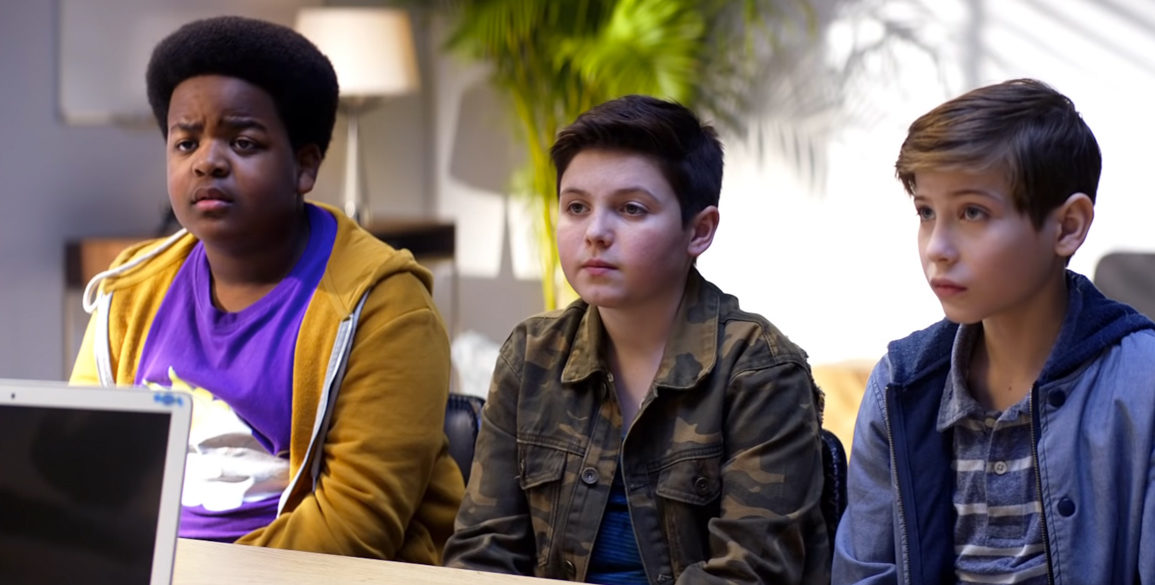 Seth Rogen and Evan Goldberg have no lack of projects over the last 2 years and they are adding another film to their resume that stays true to their brand of comedy. Filthy and foul-mouthed. This time they are applying that sense of humor to a group of elementary school kids and holding nothing back. In the new red-band trailer Rogen appears telling the group of kids that are in the movie that they can’t watch the red-band trailer for their own film because it is against the rules of society and Hollywood.

“Unfortunately I am here with bad news. You guys cannot watch the trailer for your own movie. It’s just to messed up for kids your age. There’s drugs there is violence there is swearing! And although we have decided it is okay for you to do these things in the movie – you can’t watch yourselves do it in the trailer.” – Seth says.

“That’s fucked up.” replies the kids.

“Oh it is fucked up. You can say that. But you can’t watch yourselves say that. That’s fucked up. Welcome to Hollywood.” Rogen responds.

So what is the movie about exactly? After being invited to his first kissing party, 12-year-old Max (Room’s Jacob Tremblay) is panicking because he doesn’t know how to kiss. Eager for some pointers, Max and his best friends Thor (Brady Noon, HBO’s Boardwalk Empire) and Lucas (Keith L. Williams, Fox’s The Last Man On Earth) decide to use Max’s dad’s drone – which Max is forbidden to touch – to spy (they think) on a teenage couple making out next door.

But when things go ridiculously wrong, the drone is destroyed. Desperate to replace it before Max’s dad (Will Forte, The Last Man on Earth) gets home, the boys skip school and set off on an odyssey of epically bad decisions involving some accidentally stolen drugs, frat-house paintball, and running from both the cops and terrifying teenage girls (Life of the Party’s Molly Gordon and Ocean’s Eight’s Midori Francis).

We have the trailer and poster for you below along with our review from SXSW.