“Gilbert” Trailer Focuses On The Many Sides Of A Controversial Comic

When you mention the name Gilbert Gottfried to anyone, three thoughts come to mind.

“Didn’t he voice Iago in Aladdin and that AFLAC duck?”

“Isn’t he the guy with the annoying voice?“

All of those would be true to a degree, but a new documentary is coming out soon, with a larger focus on the “whole” of the man, and not just where the spotlight hits. . Here’s the trailer that just got released and is sure to draw a lot of attention:

That looks astonishingly intriguing and captivating. Too often people get confused by the idea that comics are essentially playing “characters” when they’re onstage, but here again is another case of that. The interviewees seem to include every possible stand-up comedian from the past 20+ years, ensuring that, at the very least, it will a rather humorous affair. Just seeing Gottfried traveling by regular commuter buses or a small peek into his family life, has us excited to see what else is on display. A poster has also been released to coincide with the trailer: 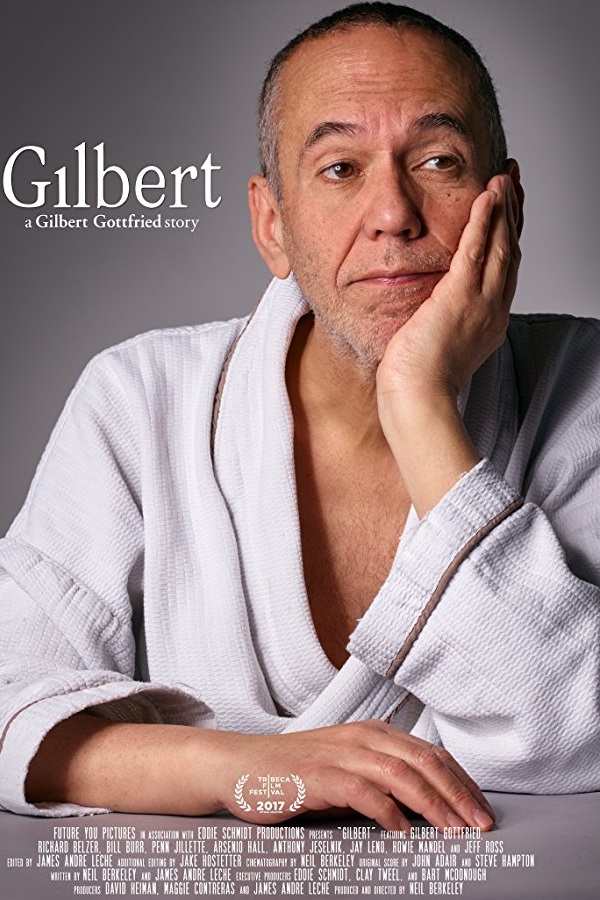 While no official release date has been given for Gilbert just yet, it has been revealed that the documentary will be in limited release starting in November. Until then it’ll be popping up at various film festivals, including Fantastic Fest next week. As we’ll be there on the ground, be sure to keep an eye out for our forthcoming review.