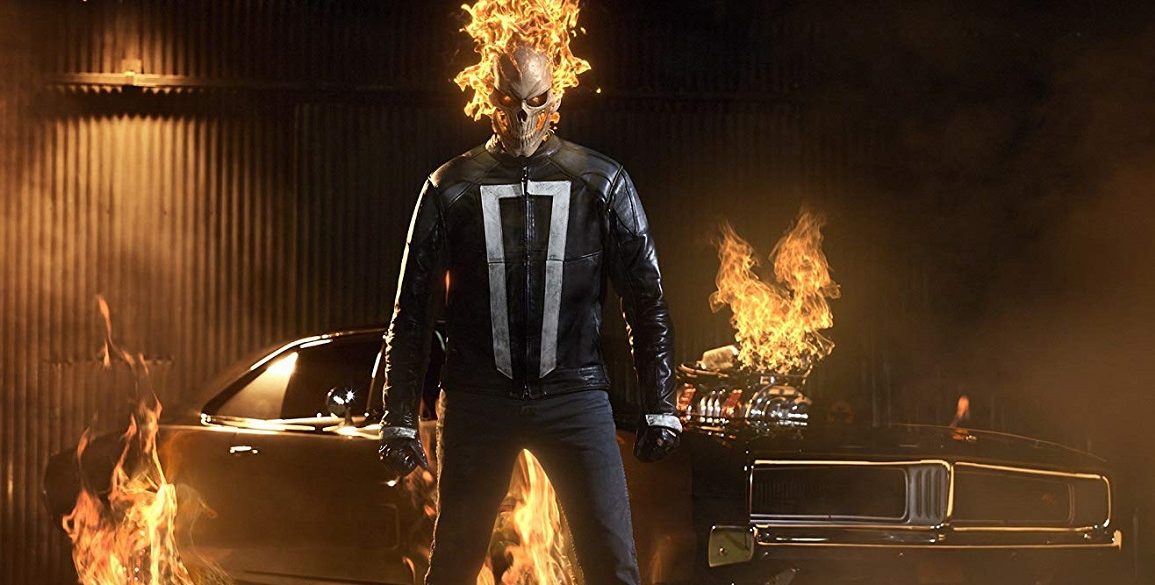 If you’re someone who isn’t ready for the global media domination by Marvel (through Disney), you might want to distance yourself from all form of television and movies for a while. They’ve already got a foothold theatrically, with the Marvel Cinematic Universe. A full slate of shows are set to be released via the Disney+ streaming platform, later this year. Yet there’s one more component that most people forget about: Hulu. The streaming service, which Disney has a majority ownership of, has their own line-up of animated series in the works. Well, get ready to add a live-action component to the mix, in the form of the demon on wheels known as Ghost Rider.

Deadline broke the news, earlier today, that the Spirit of Vengeance was suiting up to headline his own show. The series won’t focus on the always popular Johnny Blaze version of the character, but rather the 5th-iteration. Better known to comic fans as Roberto “Robbie” Reyes. Here’s the show’s official synopsis:

“Ghost Rider, also known as Robbie Reyes, is consumed by hellfire and supernaturally bound to a demon. He lives on the Texas/Mexico border and when he unleashes the Rider, Robbie brings vengeance for the innocents he encounters, but struggles to control the power he wields.”

It’s understandable if you’re scratching your heads a little right now. Reyes has appeared on the small screen recently, on the ABC series Agents of S.H.I.E.L.D. Those fans of the show would remember he was portrayed there by Gabriel Luna (Terminator: Dark Fate). Here’s the puzzling bit, he’s coming back to play the part again. Stay with us for a moment.

About an hour after the news concerning the Hulu show broke, Variety swooped in with a scoop of their own. Mostly that Luna would done Reyes’ leather jacket and Ghost Rider‘s flaming skull, once again. Only, this time as an entirely separate version of the character. No idea what that could mean. Remember for a moment that comics (and some movies and tv shows) operate within a Multiverse. Meaning the idea that there’s two Reyes, existing on different planes, who look exactly the same, is common. In other words, don’t really think about it too much.

Having a lead actor in place is one thing, but a showrunner is an entirely different matter. Thankfully Hulu and Marvel have gone and chosen a rather interesting and exciting name, to fill that role. Ingrid Escajeda will oversee operations for the streaming series. Escajeda has worked as a producer and writer on some rather acclaimed shows, such as Sneaky Pete, Empire, Better Off Ted and Justified. Just one look at her statement concerning landing the gig, shows the property is in good hands

“I couldn’t be more excited and honored to be handed the reins to a Marvel character as beloved as Ghost Rider. This story hits every note for me — my love for grounded yet conflicted characters and my desire to scare the $&!# out of people! It’s important to me to find a take that thrills existing fans as well as wider audiences and I believe we’ve done just that.”

No official premiere date has been set for the Ghost Rider show, but looks like Hulu wants it to air in 2020. Which means this might be decent opportunity to revisit the two theatrical offerings, both starring Nicholas Cage. We can’t think of a better use of your time. Well, we can, but they don’t involve Nicholas Cage, which makes them a nonstarter. As soon as more comes to light concerning the series, we’ll update you immediately.