The director of ‘The Lobster’, Yorgos Lanthimos, teams up once again with A24 to bring us ‘The Killing of a Sacred Deer’ starring Colin Farrell and Nicole Kidman – but it looks like they may not be the real stars of this film. Raffey Cassidy (Kim Murphy) and Barry Keoghan (Martin) seem to be hiding a paralyzing secret that will come back to haunt Farrell and Kidman’s character. The one thing we don’t see in the trailer is what role Alicia Silverstone will play as Martin’s mother. Lots to unpack in the trailer but most of it is vague.

With no official synopsis it leaves us to piece together things and make some broad assumptions. What we do know is Martin and Kim are a couple of creepy and unnerving children. Check out the new trailer below along with the teaser poster.

The Killing of a Sacred Deer – In Theaters October 27. 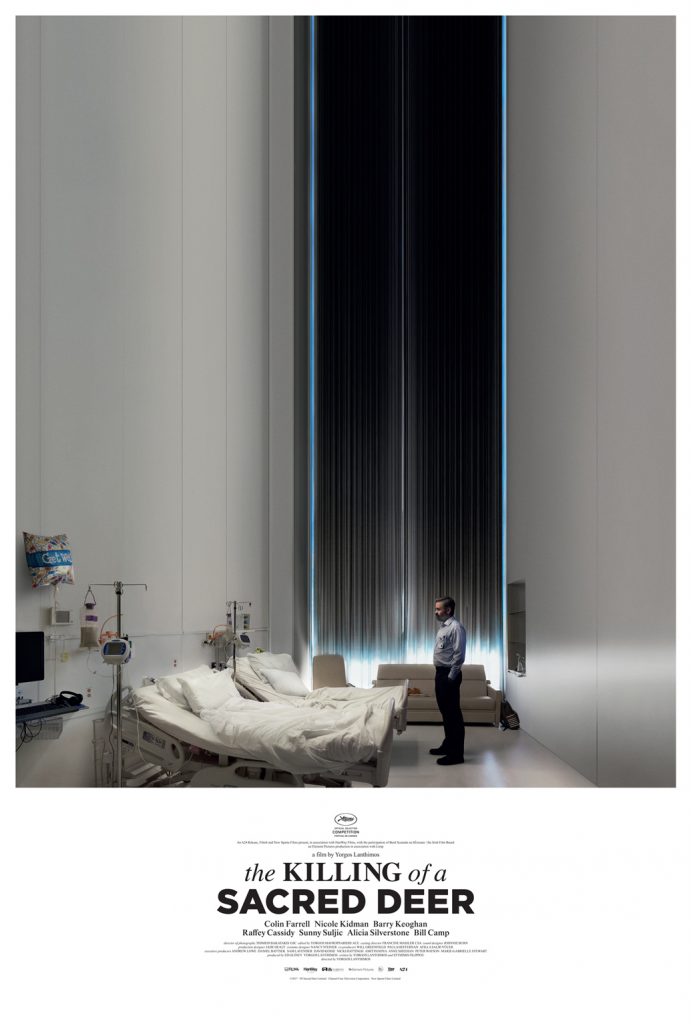