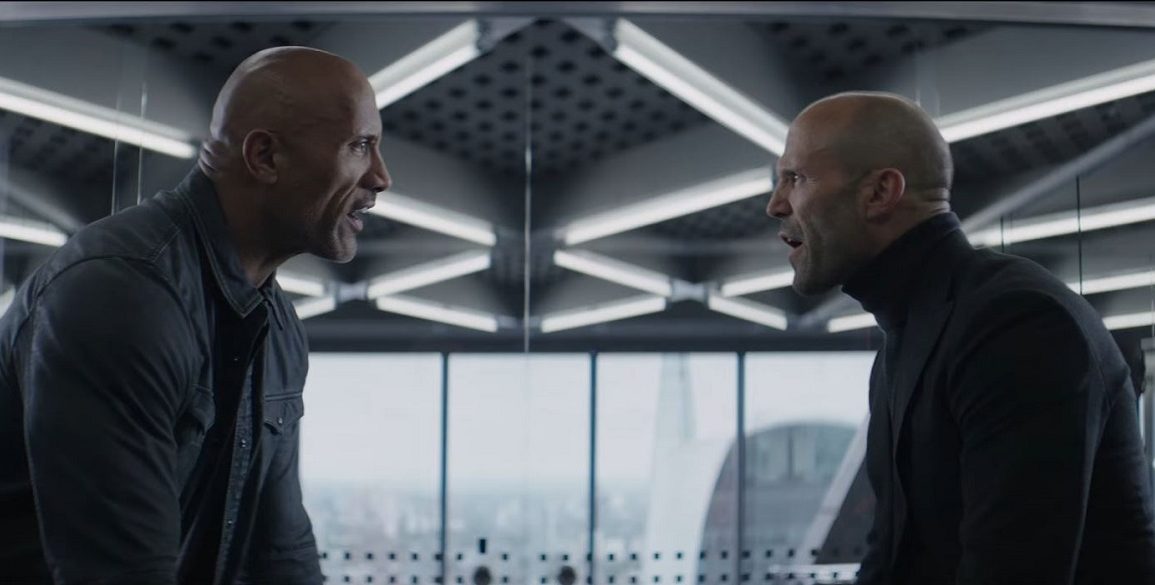 Here it is, the trailer for the movie event of the summer, that (outside of John Wick 3) tops many people “most anticipated films of the year” list. That’s right, it’s Hobbs & Shaw time. I’ll just step aside so you can bask in the insanity.

Holy cow! This appears terrible…ly amazing! Sure, it has a blatant disregard for all sense of logic, science and possibly good taste, but it looks like a lot of fun. It’s got everything you’d hope these two would bring to the table after teaming up in The Fate of the Furious. Car chases, fisticuffs, gun battles, people jumping out of buildings, cars flipping through the air and explosions. What else could you possibly want? How about a terrifyingly overpowered bad guy? The fact that this film’s able to contain the charisma of Idris Elba, Dwayne Johnson and Jason Statham is a feat in and of itself. Hopefully it can follow through on the massive levels of hype it’s creating. Seriously, this trailer feels like someone crammed all the good parts of a G.I. Joe and Mission: Impossible film together, before cranking the knob to 11 and accidentally braking it off.

Should you be in need of an official synopsis, here you go:

“But when cyber-genetically enhanced anarchist Brixton (Idris Elba) gains control of an insidious bio-threat that could alter humanity forever — and bests a brilliant and fearless rogue MI6 agent (Vanessa Kirby), who just happens to be Shaw’s sister — these two sworn enemies will have to partner up to bring down the only guy who might be badder than themselves.”

Of course, everything has to have a slight down side and here it’s the name change. Fast & Furious Presents: Hobbs & Shaw is a gross mouthful. Keeping it short made people think of a film like Tango & Cash, which seems to be a point of inspiration here. The move is likely either part of that lawsuit that got brought up recently, as a way of funnelling more money back to Neal Moritz. Regardless of the reason, it feels odd to say. Which is fine, as everyone will still inevitably only refer to it as Hobbs & Shaw.

What do you think of the trailer, dear reader? Are you pumped beyond belief at getting to see this film, this year? Now that we’ve seen yet another member of the Shaw clan, in Vanessa Kirby’s character, do you want a further spin off, focused only on that family’s exploits? Sound off in the comments. In a summer loaded with a staggering amount of action films, this may be the biggest one. Mark your calendars for July 26, so you don’t forget when Hobbs & Shaw bursts into theaters.