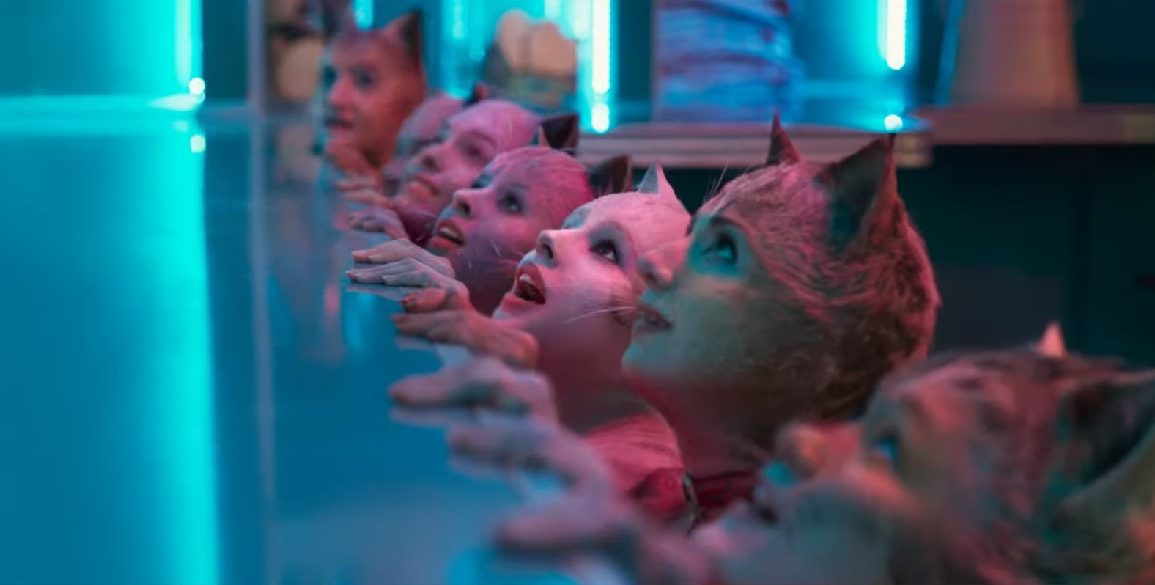 For a while now everyone has wondered what Tom Hooper’s big screen adaptation of Cats would look like. He’d assembled a mega cast of actors, singers and dancers. There’d been hoopla about “digital fur technology”. First look photos revealed massive sets. Yet, again, we had no idea what it would look like in action. Now that the trailer has finally arrived we can, well, take a look for yourself, there’s going to be lot of opinions about this one.

I will come out and admit that Andrew Lloyd Webber’s musical isn’t a favorite of mine. A sentiment held by many many people. Just as many people hold it in high esteem as well. After all, you don’t get to be one of the longest running musicals on Broadway, by just showing up. That divide though will largely play into how you feel about the footage above. Well, that and CGI fur, which is hopefully still being tinkered with. The make-up from the stage show would have been entirely at home here. Maybe even award-worthy. Instead, there’s this. There are a few moments that feel a tad “off”. To put it lightly. Some that are brilliant and then plenty that fit under the category of “nightmare fuel”. Again, your mileage may vary.

The thing that can’t be denied, is the amount of talent that’s been gathered. Taylor Swift. Idris Elba. Sir Ian Mckellen. Dame Judi Dench. Jennifer Hudson. Jason Derulo. Dancer Francesca Hayward. James Corden channeling Michael Myers (both the actor and serial murderer). Something to excite everyone. You just might not be able to sleep that night, after witnessing the film.

What do you think, dear reader? Are you a fan of the musical? Delighted to see what Tom Hooper (Les Miserables) has in store? Terrified by what you saw? What’s your favorite version of “Memory”, out of the millions that exist? Let us know down in the comments. We’ll see what side of the divide Cats the movie falls on, when it slinks into theaters, on December 20.

Start typing to see results or hit ESC to close
Netflix SXSW SDCC Horror Nightmare Junkhead
See all results
Keep Exploring
How Well Does the Cast of ‘Stranger Things’ Know Each Other?