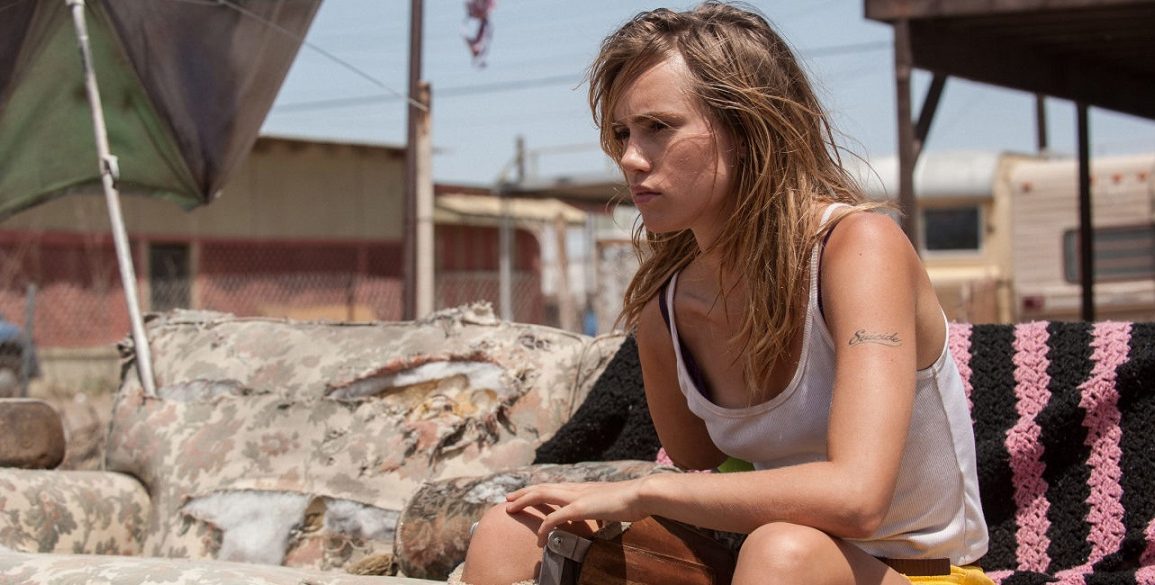 Slowly but surely, the Cannes Film Market is becoming an exciting place for developing movie news. Once the hallowed ground where B-Z grade producers would go to sell the next schlockbuster, it’s now teeming with projects boasting A-List talent. It’s also the site of one of today’s most exciting tidbits. Deadline has the scoop that The Fast & The Furious super producer Neal Moritz is shopping around a Cliffhanger remake. One that not only would feature a female in the Sylvester Stallone role, but would see Ana Lilly Amirpour (A Girl Walks Home Alone At Night) in the director’s chair.

As if that weren’t exciting on it’s own, the team also engaged in one of the market’s oldest tactics: a promotional poster to sell people on the prospect. See for yourself.

For those of you too young or simply wiped most 90’s action films from your mind, Cliffhanger centers on a Stallone’s former Ranger, who’s haunted by the death of a friend he couldn’t save. While gathering his belongings at the ranger’s station, he and his former partner hear a distress call from a group of climbers. Well, it turns out to be a ruse and they’re forced to help mercenaries, led by John Lithgow, track down some missing millions of dollars. It’s utter ridiculous, but features action sequences breathlessly directed by Renny Harlin. A film Moritz apparently adores, as this remake is something of a passion project for him.

The thing that plays into the remake’s favor is having Amirpour set as director. Just last year she brought her script Blood Moon to Cannes and the American Film Market. She walked away snagging Zac Efron, Kate Hudson and Craig Robinson to star. While no star is set for Cliffhanger, it isn’t too hard to imagine she can rope in someone perfect for the part. Sweetening the pot a bit is talk of a possible cameo by Jason Momoa. Who’d say no to working with him? Maybe an early contender could be Suki Waterhouse? She starred in Amipour’s The Bad Batch and appears in Pokemon: Detective Pikachu. Convenience and studio recognition seems to go along way, in cases like this.

Should Moritz and Amirpour walk away from Cannes empty handed, all won’t be for naught. Someone is bound to pick this film up. In a perfect world it would end up at TriStar Pictures, which was behind the original hit, from 1993. Considering that Moritz has a couple properties that parent company Sony Pictures is distributing, that would be an easy fit. So, there’s no excuse not getting this done.

What do you all think? Does a Cliffhanger remake sound exciting? Are you fan’s of Ana Lily Amirpour’s previous films? What other action film from the 90’s deserves the gender-swap treatment? Be sure to let us know, down in the comments. As soon as any news on this front becomes available, we’ll dangle from a helicopter to deliver the update.