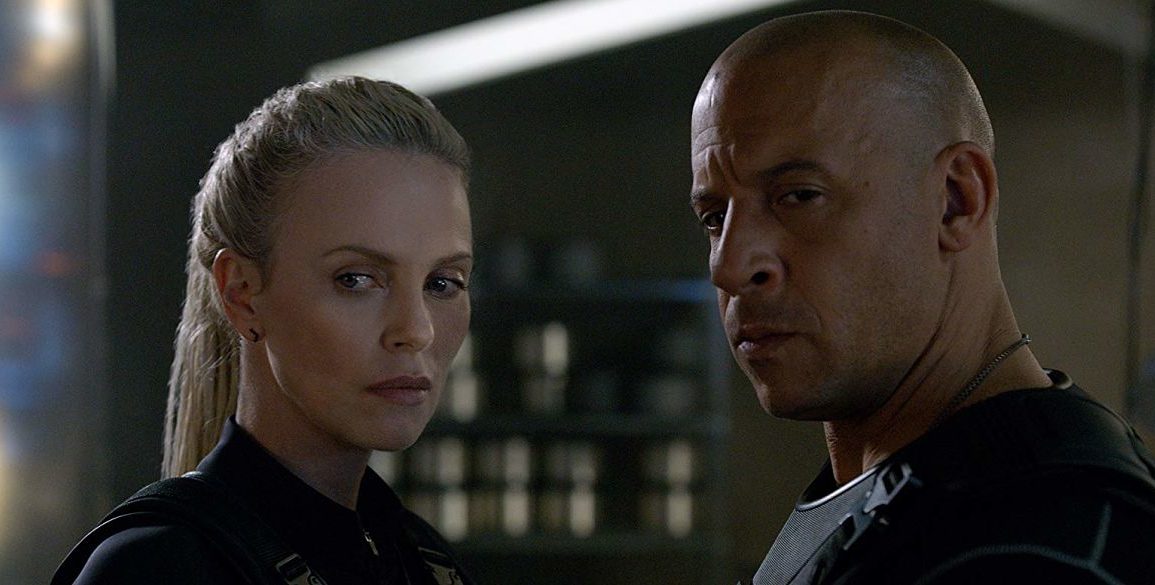 Family is the most important thing in the world to Vin Diesel. This is clear to us all, because once you’re in a ‘Fast & Furious’ universe; you are NEVER allowed to leave. It looks like Charlize Theron and Helen Mirren are the latest two actors to learn this cruel fate. Diesel announced on his Instagram that they will join newcomer John Cena in next summer’s ‘Fast & Furious 9‘. The film will be directed by Justin Lin, who previously directed ‘Fast & Furious 6’. Once again, Vin Diesel in the cinematic equivalent of Llyod from the Overlook and we’ve always been here… living our lives a quarter mile at a time.

How the two actors will factor into the newest film is anyone’s guess. Eagle eyed viewers will remember that Theron’s “Cipher” was actually the villain of the last film. A villain who killed the mother of Dom’s child and was a terrorist. Although if the movies have taught me anything, it’s that she will be enjoying rooftop Corona’s with the all the other former foes-turned-family members by the end of the 9th or 10th installment of the franchise.

Do you actually want to see this movie? Why? Let us know in the comments and be sure to check out our homepage and follow us on Facebook & Twitter.  Always check back with Boom Howdy for more up-to-date news, reviews & podcasts!