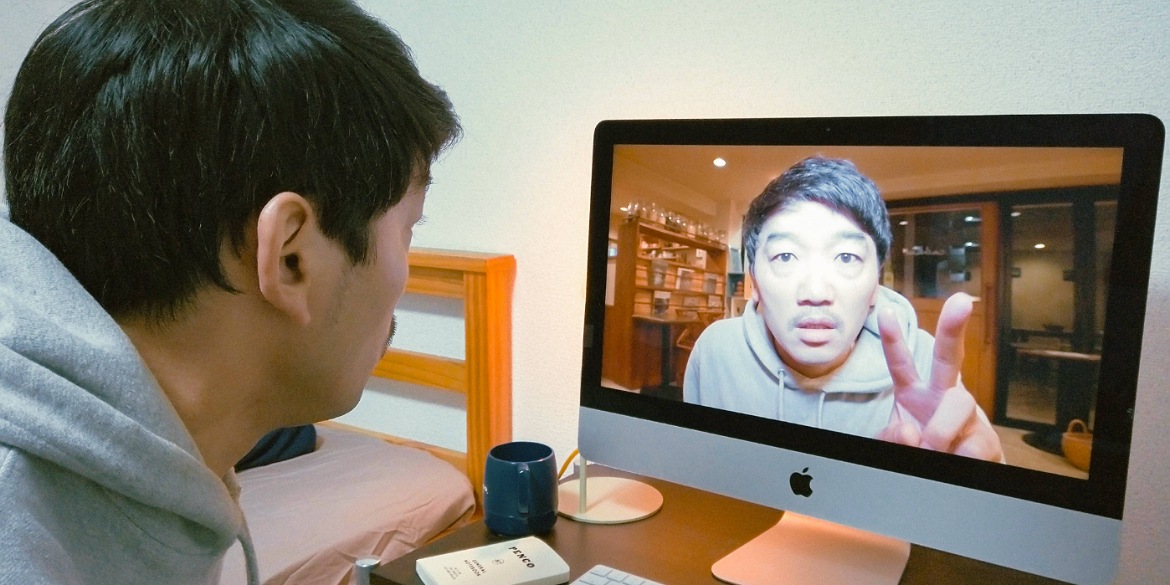 Two minutes doesn’t seem like a long time in the grand scheme of things. There’s not a lot of trouble you could get into. At least, that’s the initial idea that the ingeniously delightful Beyond The Infinite Two Minutes begins with. A film that takes the same approach One Cut of the Dead did with horror and applies it to the world of sci-fi time loops. Overall it’s a gleefully entertaining little romp that’s sure to lit a smile on the face of anyone who watches it.

Kato (Kazunori Tosa) has a rather uneventful life. He manages a small coffee shop. Has a small band he plays in and harbors a crush on the girl who works at the barbershop (Aki Asakura). He even lives in the apartment directly above where he works. One night after he’s closed up shop, his computer talks to him. Not so much talks to it directly, as it’s a video call…from himself. Who just happens to be from two minutes into the future.

Apparently, there is some wormhole between the two monitors (one in his room and the coffee shop). Don’t question the laws of how and merely submit to it being a thing. Naturally, this causes a bit of a stir when his pal Komiya (Gota Ishida) and co-worker Aya (Riko Fujitani) stumble upon the existence of the “time tv”. Before you know it, 6 individuals find themselves trapped in a time loop. The consequences of which could end up being dire, if they don’t keep their wits about them.

For such a lo-fi sci-fi affair, Beyond is filled equally with lots of charm and big ideas. It doesn’t take long for the quirky cast to grasp the concept of the time delay before they look to capitalize on its potential. Bespectacled Ozawa (Yoshifumi Sakai) is quick to suggest they set up the two monitors in front of each other, to create a Droste Effect (an image within an image within an image) so that they can see much further into the future. This creating a ripple effect, where several screens within the monitor, prophetic visions are shown.

The one-cut aspect isn’t just a novel gimmick, but a testament to Beyond The Infinite Two Minutes’ controlled chaos. On one side, there’s the film as is seen proper, following Kato & co. directly as they traverse the time loop are careful as possible. The other side is the (presumably) video playbacks acting out the past and future on their respective screens. Timing is of the essence, something the behind-the-scenes footage reveals over the credits. Madly scribbled diagrams choreographed the smallest of details that the actors needed to perform to be on their mark. Ready to recreate or react to anything and everything. That it goes off without a hitch, is something of a marvel.

Conversations surround how to best exploit the “time tv” for monetary gain and things get weird. Everything that happens is relatively low stakes. That never stops it from being engaging. Or winsome for that matter. Kato and his merry band of time travelers take everything in great stride. Rolling with the relative punches that come when faced with the possibility of seeing far off into the future. If you’re with your friends, what’s the worst that can happen?

Paradoxes with ripple effects start to form, the more the gang plays with the fabric of space-time. The events of the future playing out as both a warning and a template as to what must be followed. Questions of lying to your past selves to both preserve and allow the future to unfold as it is set are played with constantly. It never thankfully falls into a maudlin affair, as writer Makoto Ueda and director/editor/cinematographer Junta Yamaguchi keep the tone in the realm of goofily sweet for the entire 70-minute runtime.

At its core Beyond the Infinite Two Minutes is a celebration of filmmaking. Pushing forward the idea that if you have enough chutzpah, patience, and desire, then you can make a movie. It doesn’t guarantee it’ll be a hit. In the case of Beyond, it means seeing a wild idea out to its bittersweet conclusion. Put Yamaguchi and Ueda on your radar now, because whatever they make next is worth seeking out immediately. 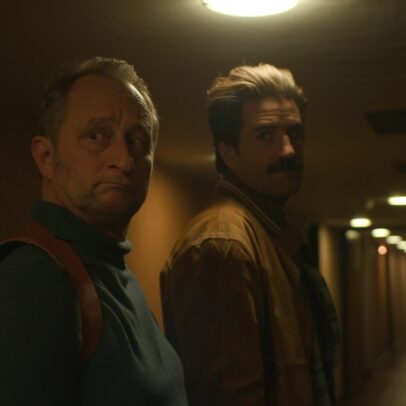